Skip to main content
Ships from Expeditionary Strike Group Seven sail in the Philippine Sea in September 2020. To the left is the USS Antietam (CG-54). The USS Shiloh (CG-67) is in the center, and the USS America (LHA-6) is to the right.
U.S. Navy (Taylor DiMartino)

Please join us on Thursday, 22 April at 10:00 EDT for the first page-to-stage virtual event of The American Sea Power Project—a major Naval Institute initiative to reinvigorate thinking about the role of sea power in U.S. national security. The authors of the first three articles in the series will discuss: what it means for the United States to be a maritime nation; the global responsibilities the nation has shouldered that require a powerful navy; and how the writings of Mahan apply today. There will be a live question-and-answer session with the online audience. To register, go to www.usni.org/events/american-sea-power-project.

“In clear and crisp prose Tangredi and Galdorisi illuminate the huge promise in mastering [AI] technologies, and the terrible consequences of failing to do so.”

To order your copy go to www.usni.org/press/books/ai-war. 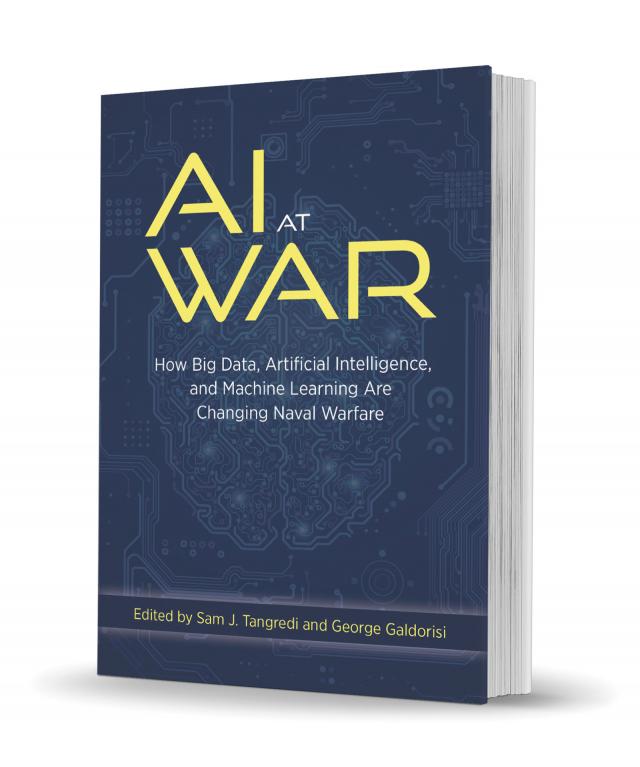 The end of April sees the substantial completion of the Jack C. Taylor Conference Center. The Conference Center will serve as our broadcast hub this spring, with the grand opening and dedication being planned for September. We picked September to celebrate the opening because we didn’t want to plan a party that people couldn’t attend—in person! Until then, we will make robust use of the Center as the large studio and broadcast platform for which it is optimized.

We are proud to announce the winners of the Information Warfare Essay Contest (sponsored by Booz Allen Hamilton), whose contributions represent a true joint effort. Army Captain Don Gomez took the first prize of $5,000. Lieutenant Commander Ryan Hilger, U.S. Navy, won second prize and $2,500, and Marine Captain Will McGee took the third prize of $1,500. All three will be published in the June Proceedings.

The first "page-to-stage" event for the American Sea Power Project will be on 22 April. Mark your calendars now. More details to follow next month!
P CEO Notes

This issue goes to press as the nation comes to grips with the violent attack that breached the Capitol. Such actions cannot be condoned, and those responsible must be held ...
P CEO Notes