Nearly seven months after shifting to remote work, the Naval Institute continues to meet or exceed its mission goals for 2020. We are publishing news, magazines, and books, hosting conferences and events, and building the Jack C. Taylor Conference Center. In the coming months, the staff will gradually shift from working almost entirely remotely to spending a greater percentage of time in our offices in Beach Hall. Whether we are working remotely or in the office, the Naval Institute will deliver on our mission—100 percent!

Recognizing the Institute’s reputation for thought leadership and the reach and impact of its print and digital channels, Booz Allen Hamilton is launching an across-the-board sponsored content dialogue on Information Warfare, including a new Information Warfare Essay Contest to examine strategy, tactics, technology, education, and training in the realm of information warfare. The three winning essays will receive $5,000, $2,500, and $1,500, respectively, and be published in Proceedings. The deadline for the contest is 30 November. To find out more, see the contest announcement on page 1.

In partnership with the Stockdale Center and the U.S. Naval Academy, the Naval Institute will host a two-day virtual conference on 20 and 21 October titled, “Through the Camera Lens: Sharing the Story of the U.S. Military.” The conference will gather actors, directors, and producers alongside government, military, and academic leaders to discuss the evolution of the U.S. military’s portrayal in film. Speakers will discuss the history of the military in the movies, from World War I to the present; the partnership between Hollywood and the Department of Defense; the importance of maintaining accuracy without derailing entertainment value; the role of amateur filmmakers; and the influence films have on the public’s perception of the military and the implications of that influence. View the full program and register to attend at www.usnihistoryconference.org. This conference is made possible by generous support from the William M. Wood Foundation. 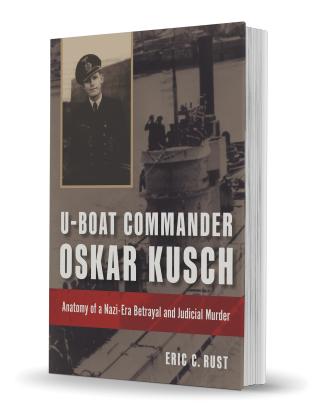 The newest submarine book from the Naval Institute Press is U-Boat Commander Oskar Kusch: Anatomy of a Nazi-Era Betrayal and Judicial Murder. “Eric C. Rust has written a gripping account of the tragic death of a young German U-boat captain, Oskar Kusch, who was betrayed by his subordinates and judicially murdered by Nazi fanatics. Thoroughly researched and well written, this book is a page-turner.” —Dwight R. Messimer, author of The Baltimore Sabotage Cell: German Agents, American Traitors, and the U-Boat Deutschland during World War I. For more information and to order your copy, go to www.usni.org/press/books/u-boat-commander-oskar-kusch.

The military has been a leader in promoting racial equality and equal opportunity. A question we’d like to explore in our pages is: Has the military done enough?
P CEO Notes

The Naval Institute continues to meet its missions while working almost entirely remotely. I want to thank our members and donors who provide support to all our mission areas.
P CEO Notes

Updates on the Foundation, Press, and the next Maritime Security Dialogue on 28 September with Chief of Naval Operations Admiral Michael M. Gilday on diversity in the Navy.