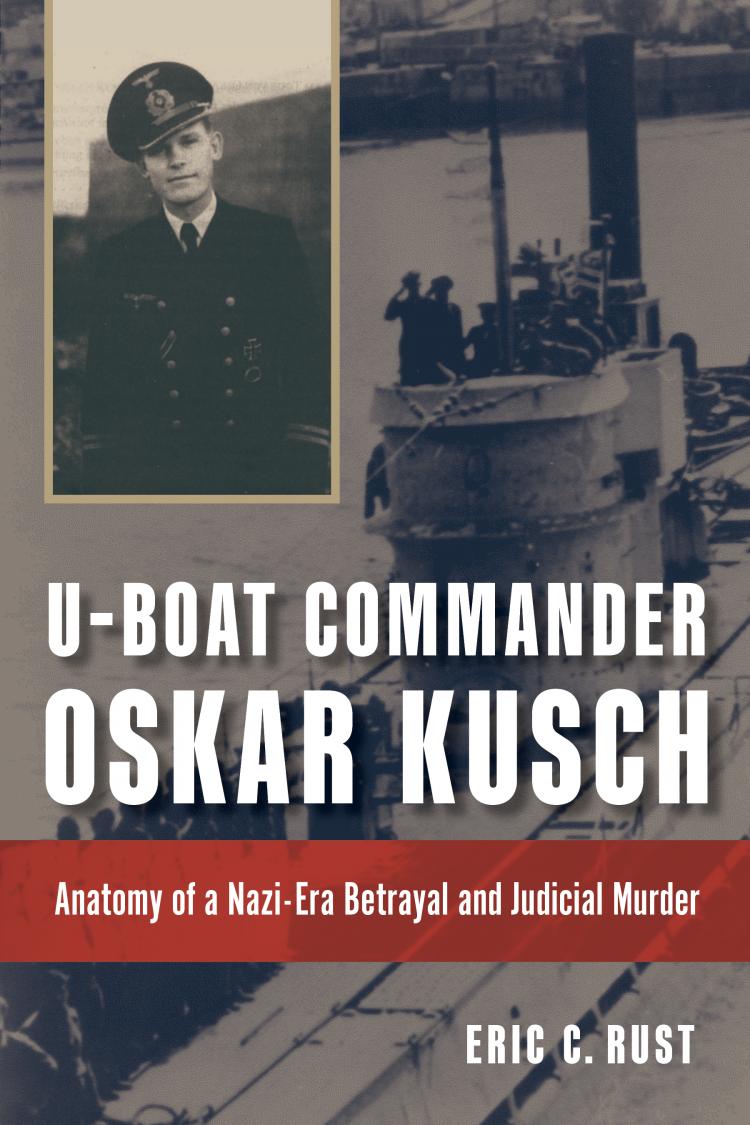 To his enlisted men on U-154, Lieutenant Oskar Kusch was the ideal skipper—bright, experienced, successful, caring, tolerably eccentric—and a popular captain who always brought his boat home safely when so many others vanished without a trace. To most of his officers Kusch came across as someone very different—a Nazi-hating intellectual with an artistic bent given to lengthy criticisms of the regime, its leaders and its propaganda, a suspected coward and potential traitor unfit for command. Early in 1944, after his second patrol under Kusch, his executive officer, a reservist with a doctorate in law and member of the Nazi party, denounced him on charges of sedition and cowardice.

A hastily arranged court-martial cleared Kusch of the cowardice accusation but sentenced him to death on purely ideological grounds for "undermining the fighting spirit" of his boat, even though the prosecutor had only recommended a ten-year jail sentence. Abandoned by all but his closest friends and relatives, coldly sacrificed by Grand Admiral Karl Dönitz, unwilling to plead for mercy, and to the end tormented by a naval legal bureaucracy acting in collusion with the brown regime, Oskar Kusch was executed in May 1944.

This study, the first scholarly work on Kusch in English, traces his career and ordeal from his upbringing in Berlin to his tragic death and beyond, including the fifty-year struggle to rehabilitate his name and restore his honor in a postwar Germany long loath to confront the darker dimensions of its past. The passing of the wartime generation and the emergence of a new school of historians dedicated to critical research and inspired historiography have finally combined to rectify our picture of the Kriegsmarine and to appreciate the sacrifice of men like Oskar Kusch.

“This book, the first scholarly study of the subject in English, is an important contribution to the historiography of the German navy from the end of World War II, and the larger issue of Germany’s post-war efforts to confront its past objectively. Dr. Rust offers a well-researched analysis of this complex tragedy, the execution of a U-boat captain, Oskar Kusch, and the motivations of his accusers and his conviction under the Nazi 1938 sedition offence of ‘undermining the fighting spirit.’ The author’s description of the role of Kusch’s superiors, especially the key role played by the navy’s commander, Karl Dőnitz, the legendary and revered spirit of the U-boat ‘brotherhood,’ also reveal insights into the long and difficult path to Kusch’s rehabilitation in the late 1990s. This thought-provoking book also provides a new perspective on the degree of the navy’s integration into the National Socialist system as well as both the military justice and immediate post-war civil courts.” —Keith W. Bird, author of Erich Raeder: Admiral of the Third Reich

“Eric C. Rust has written a gripping account of the tragic death of a young U-boat captain, Oskar Kusch, who was betrayed by his subordinates and judicially murdered by Nazi fanatics. Thoroughly researched and well written, this book is a page-turner.” —Dwight R. Messimer, author of Verschollen: World War I U-boat Losses, The Baltimore Sabotage Cell: German Agents, American Traitors, The U-Boat Deutschland During World War I, and Eleven Months to Freedom: A German POW’s Unlikely Escape from Siberia in 1915

“In May 1944 U-boat captain Oskar Kusch was executed for sedition and defeatism; he had stopped believing in total victory. In Rust’s words, it was judicial murder by a 'politically corrupt and ideologically obsequious naval justice apparatus.' In a brilliant analysis, the author puts to rest the myth that the U-boat service was a 'band of Nelsonian brothers.' This is a must read for today’s managerial elite, be it civilian or military.” —Holger H. Herwig, author of “Luxury” Fleet: The Imperial German Navy 1888-1918; professor emeritus, University of Calgary

“This is an excellent book, and a great read. The story of Oskar Kusch was always out there on the periphery of popular U-boat literature, but until now it was only a troubling footnote, not well known or understood. Eric Rust has shown us what it really was: a human tragedy, impossible to ignore, in which everyone did the wrong thing, or assumed someone else would do the right thing, or both, and a good man died as surely and predictably as if it were scripted.” —Jordan Vause, author of U-Boat Ace: The Story of Wolfgang Lüth and Wolf: U-Boat Commanders in World War II

“Eric C. Rust has written a masterful account of Oskar Kusch’s story. Where, in previous accounts, the protagonists are frequently almost caricatures, Rust presents balanced flesh-and-blood reality that fractures some of the fragile mythology surrounding the U-boat service. Ultimately, this tragedy also perhaps provides a timely reminder of the perils of totalitarianism.” —Lawrence Paterson, author of U-boat War Patrol: The Hidden Photographic Diary of U-564

“Seventy-five years after the end of the Second World War this book remind us about the unlawful system in the Wehrmacht and specifically in the Kriegsmarine too.” —MarineForum

“Rust brought his expertise in German naval law, procedures and conditions of life in the U-boat arms and the wider Third Reich to a most absorbing and tragic story.” —Australian Naval Institute

“In this fascinating book we get a love story of Kusch and his beautiful fiancé, Inge von Foris. We [also] get samples of Kusch’s remarkable art.” —Navy Reads

“Eric Rust gives a comprehensive description of Oskar Kusch’s early life, his naval service including his two patrols as captain of U-154, his trial and also the post-war trials of Hagerman for crimes against humanity, in which he was found not guilty….  Eric Rust provides an insight into U-boat operations in 1943 and what can happen when the justice system becomes compromised and the difference between political and military offences disappears.” —RUSI Journal

“This well-written and meticulously researched study examines a U-boat commander who was executed in 1944 for supposedly undermining the will to resist. Rust also highlights the failure of denazification in the judiciary in the Federal Republic’s early years, as well as post-war attempts to rehabilitate Kusch.” —History: Reviews of New Books

“This is an exhaustively researched work…. [An] admirable book.” —The Second World War Research Group

“This is a fascinating, thought-provoking, and well-written book. Containing elements of psychology, history, law, naval tradition and humanity, it is an excellent illustration of how totalitarian states ultimately consume themselves.” —Work Boat World - Baird Maritime

“The author has told the story well and painted vivid pictures of German society, the military, U-Boat Service and the crews. Very highly recommended.” —FIRE Reviews

—Winner of the 2020 Guittard Book Prize

“U-Boat Commander Oskar Kusch is a well-researched and immersive work of scholarship…. [and] certainly deserves a spot on the shelf of readers interested in the German war effort at sea, the judicial system in Nazi Germany, as well as academics.” —Global Maritime History 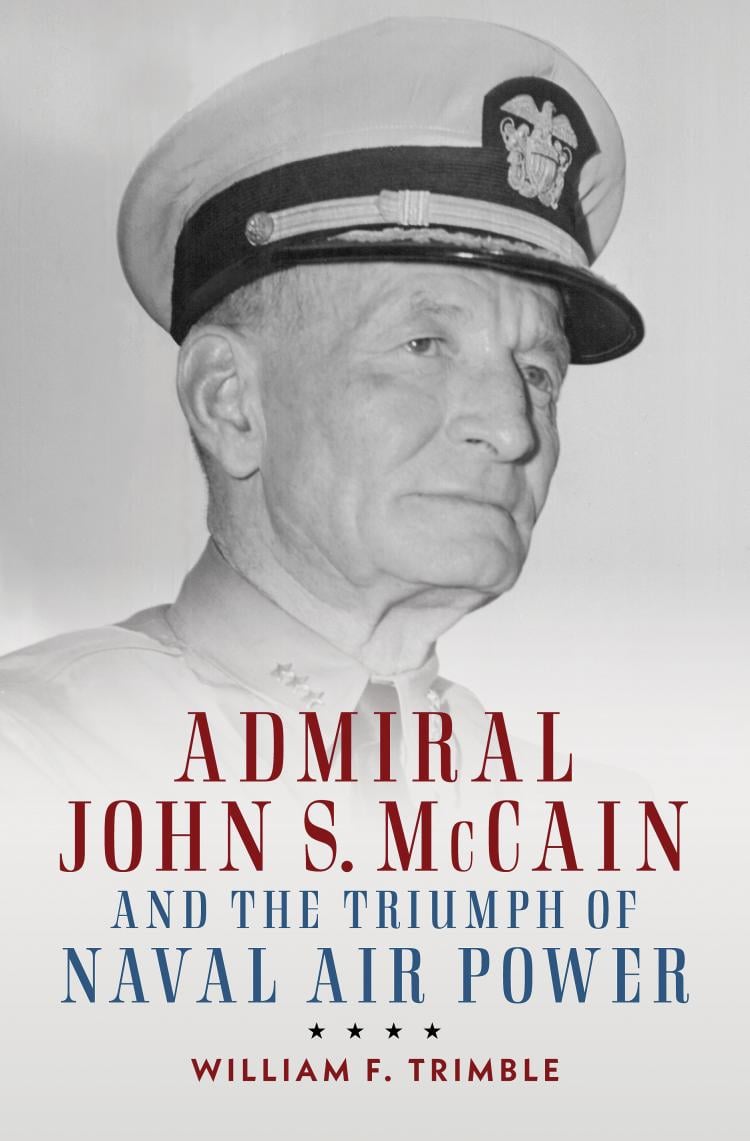 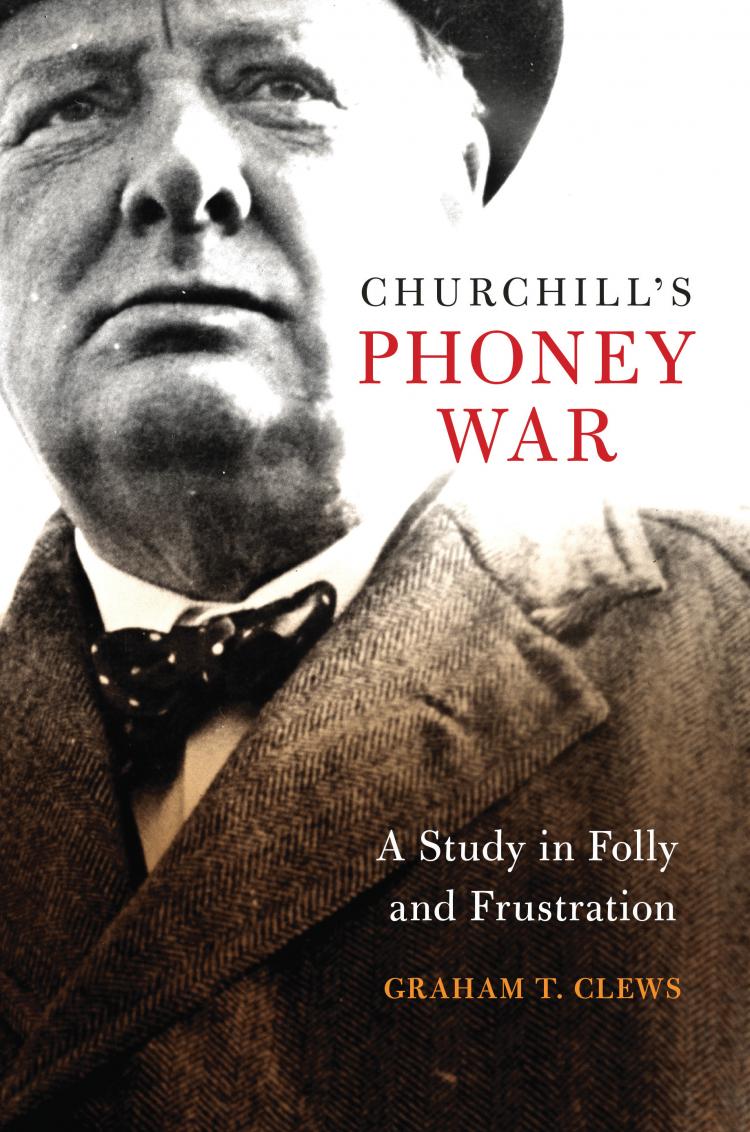 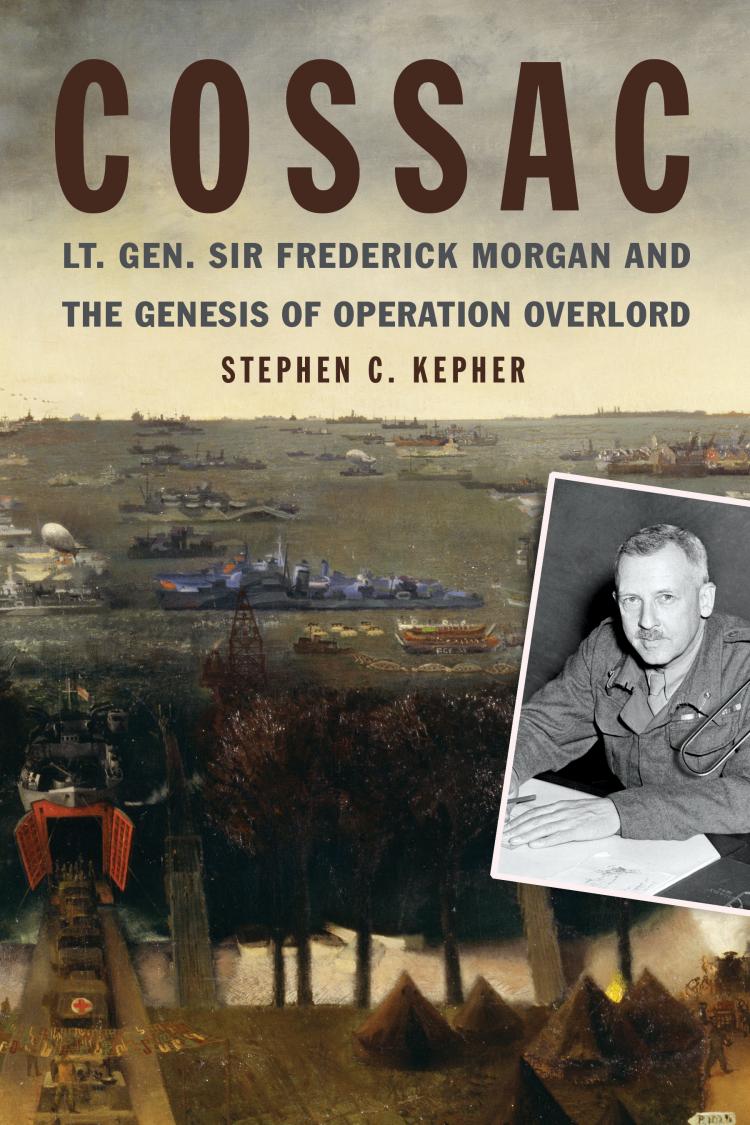 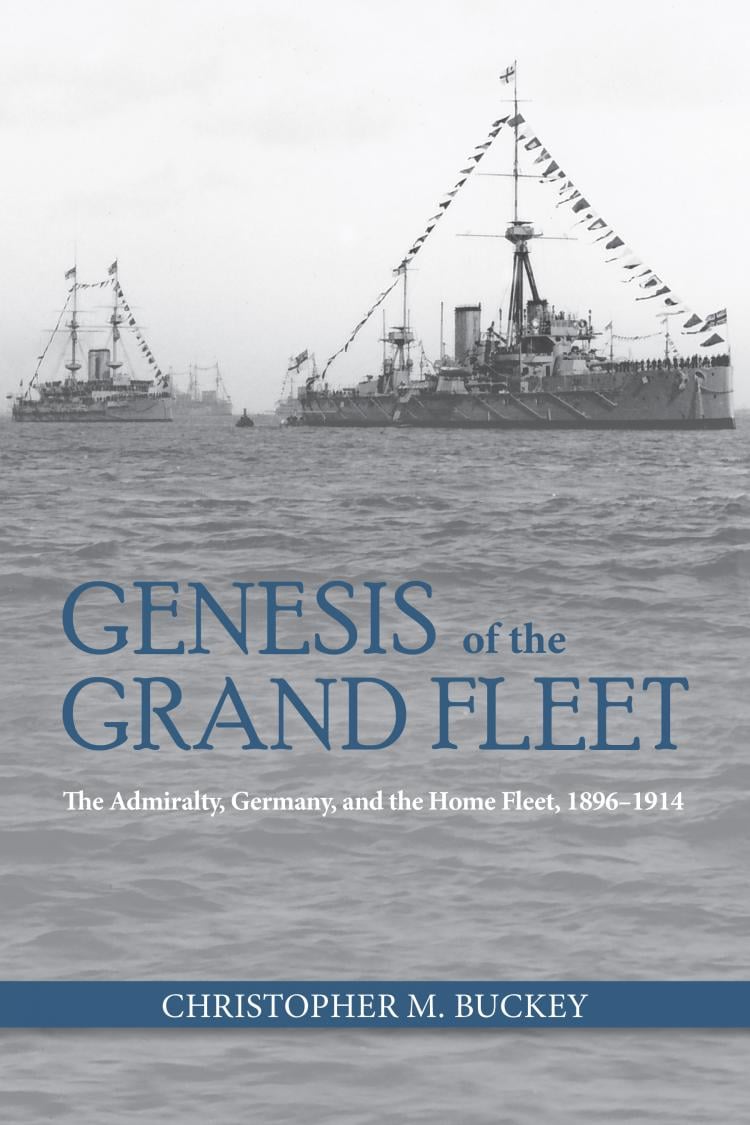 Genesis of the Grand Fleet 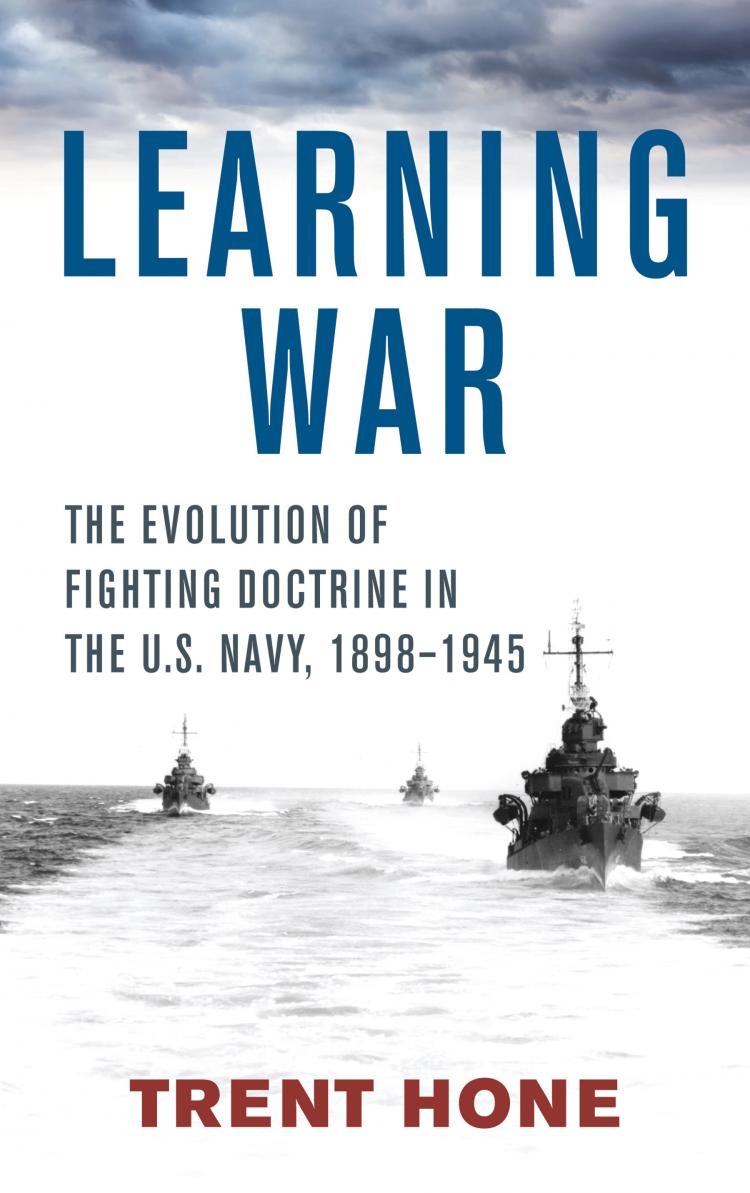 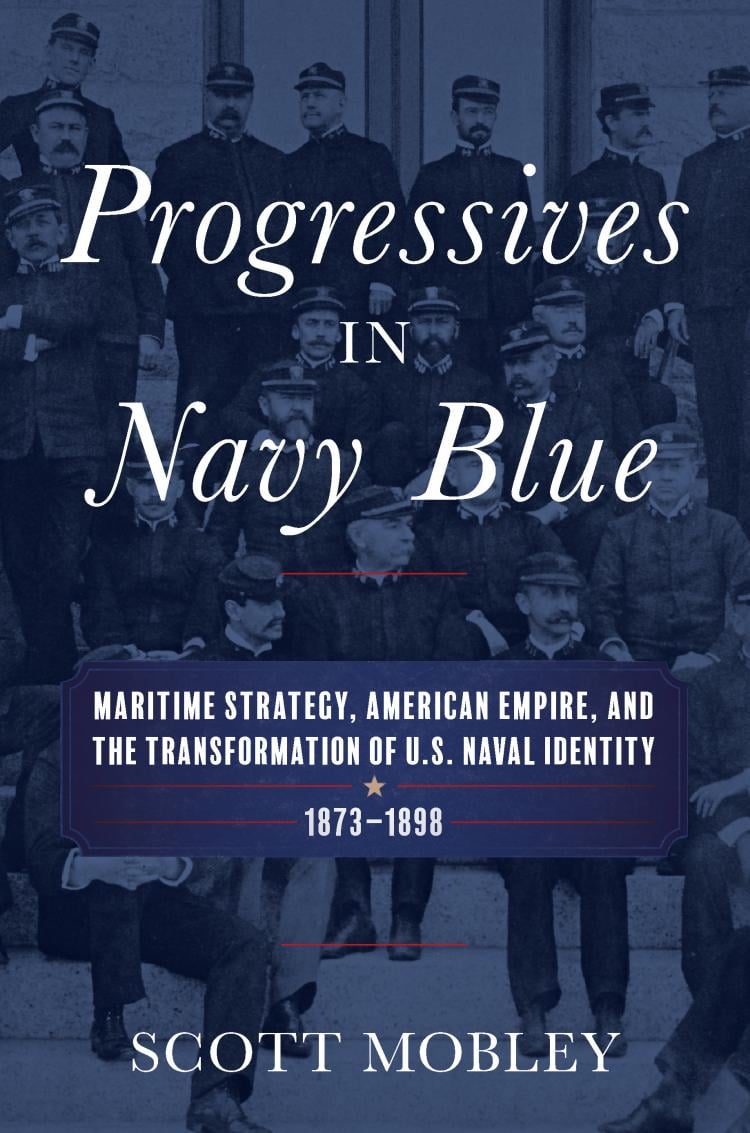