From the Editor's Desk

This January’s Proceedings ushers in not just a new year, but a new decade, and it is appropriate for us to begin it with a focus on the surface navy. Following my plebe year at the Naval Academy, my first encounter with the “real Navy” was on board a guided-missile cruiser out of Norfolk. A month spent mostly under way—conducting missile firings, helicopter operations, antiair warfare drills, and gunnery exercises—convinced 19-year-old me that the Navy was pretty cool. Colorblindness detoured me into the restricted line, but I always maintained an interest in surface warfare.

Our surface coverage this month begins with “Why I Take Rules of the Road Exams” (pp. 12–13) by Captain Andrew Carlson. As commanding officer of the USS Zumwalt (DDG-1000), Carlson does not have to take the monthly exams given by the ship’s navigator, but he does—to set an example for his watch standers and to keep his own skills sharp. Any senior watch officer looking for scheduling ideas will want to read “A Better Way to Build a Watch Bill,” (pp. 20–25) by Captain Frank Walter, whose team on the USS Pinckney (DDG-91) experimented with a watch bill that improved underway team cohesion, lessened crew fatigue, and improved readiness.

For the past several years, retired Navy surface warfare Captain John Cordle has championed circadian watch bills and the importance of sleep. John’s latest article, “Fatigue Is the Navy’s Black Lung Disease” (pp. 27–30) emphasizes the long-term health impacts of chronic fatigue and too little sleep. The aftermath of the Navy’s 2017 collisions brought to light the culture of exhaustion as a contributing factor. This month, John points out “the Navy has started to turn the cultural corner, recognizing that people need . . . rest, recuperation, and sleep.” Much work remains to be done, and the comparison to the coal-mining industry’s black lung disease is more than metaphorical.

A topic that is getting increased attention (though perhaps not enough traction) is strategic sealift and the merchant marine. Sal Mercogliano’s “Suppose There Was a War and the Merchant Marine Did Not Come” (pp. 48–54) is a must-read regardless of your designator or service. Sal provides details on the ships and mariners of the Military Sealift Command and the Maritime Administration. The picture is not pretty. “From a peak of 1,288 ships in 1951, today only 180 ships of more than 1,000 gross tons remain active in the U.S. merchant marine.”

In early December, we received the sad news that retired Navy Captain Wayne Hughes—longtime Naval Institute member, Proceedings and Naval Institute Press author—had died. Best known for his seminal book Fleet Tactics and Naval Operations, Wayne also wrote often for Proceedings. His last commentary, “Naval Tactics Needed in Sea Power Education,” appeared in the November 2019 issue. At that time, Wayne was struggling with illness but still teaching at the Naval Postgraduate School. His legacy will endure in his books, articles, and the minds of those he taught through the decades.

Finally, if you attend the Surface Navy Association’s annual symposium this month, please stop by the Naval Institute booth. Ward Carroll and I will be recording episodes of the Proceedings Podcast. We would love to see you.

January 1920 Proceedings—“Unless there is some limitation placed on the size of armaments by international agreement or through the proposed League of Nations, the General Board of the Navy takes the position, in its recommendations just submitted to Secretary Daniels for the naval increase program of 1921, that the policy of the United States upon which its building programs are formulated should be continued to make the American Navy second in size and strength to none . . . bringing the Navy to that position of strength by 1925.” From Professional Notes, prepared by Lieutenant Commander Wallace L. Lind, U.S. Navy.

January 1970 Proceedings—In “Naval Aviators, the Old and the Bold” Captain W. D. Toole, Jr., U.S. Navy, recalled, “On a chill winter’s night in December 1947, I was off-shore, the boat salvage officer for a landing exercise off San Clemente Island. About six in the morning, when the world was most miserable, I heard aircraft engines high and far away. When I looked up, I saw the first of the fighters, charcoal blue Corsairs, roll in for those close support runs. As soon as I got back to the ship, I put in for flight training.” 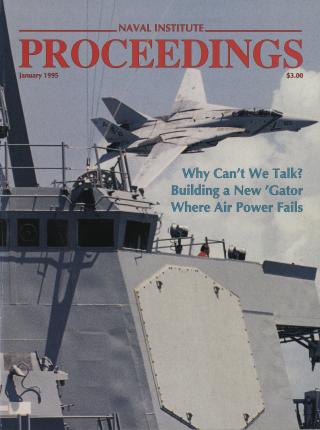 January 1995 Proceedings—In “Be Careful with the LPD-17,” Captain John E. O’Neil Jr., U.S. Navy, warned, “The LPD-17 is on track for contract award in the spring of 1996 but we must be careful to keep the ship from becoming a one-of-a-kind
guinea pig, absorbing scarce funds at the expense of providing needed troop lift. Don’t ‘bells and whistles’ the LPD-17 to death. There was little real interest in developing a modern workhorse amphibious ship until planners realized that the LPD-17 would be the only ’Gator built until the Tarawa-class (LHA-1) began arriving in the second decade of the 21st century.” 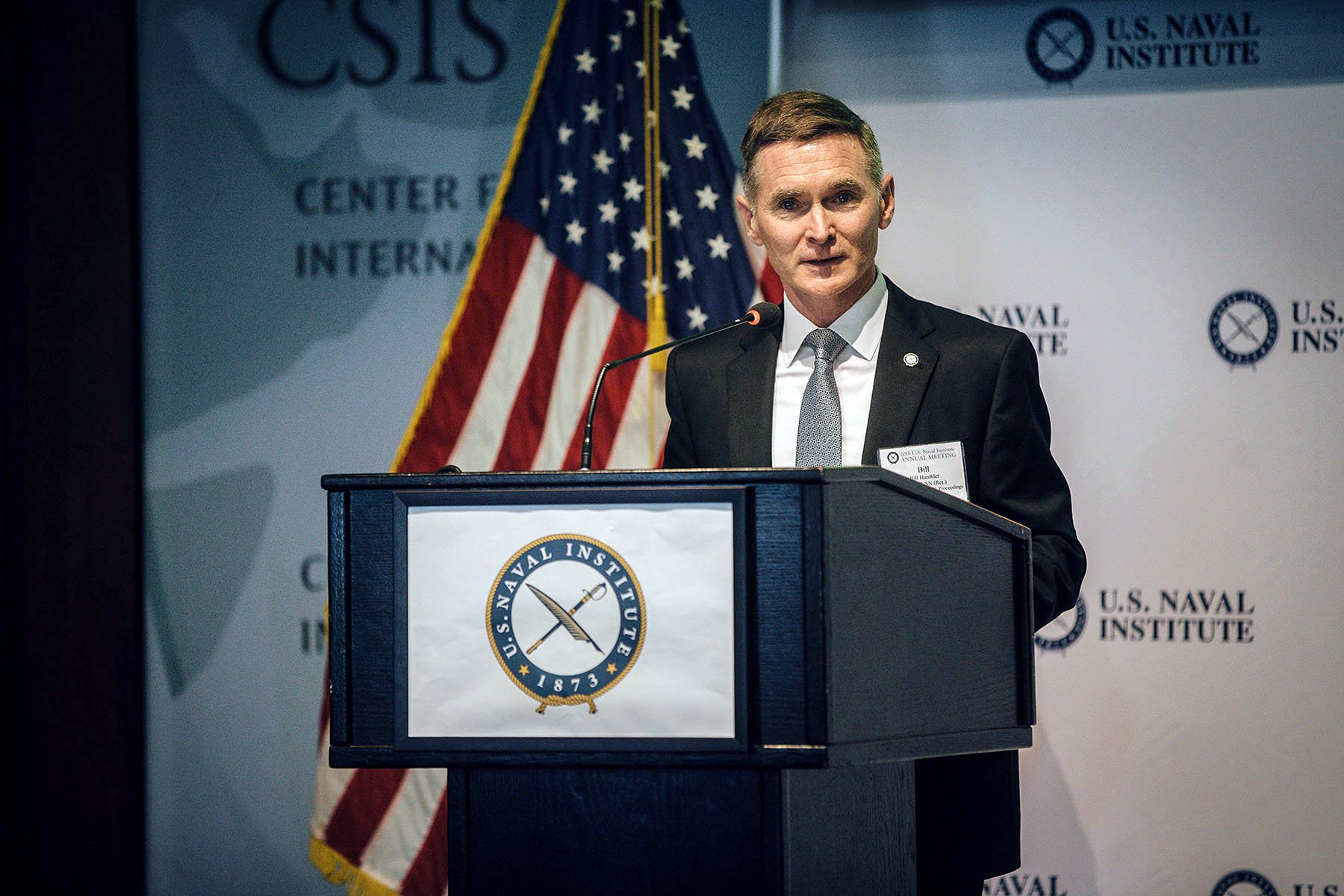