What Got Us Here Won’t Get Us There

In the cradles of surface warfare, junior officers learn about the actions and genius of Vice Admiral Lord Horatio Nelson. During the October 1805 Battle of Trafalgar, Nelson faced a superior combined force of French and Spanish warships. Outnumbered 33 ships to 27, he pulled off a stunning victory—sending one enemy ship to the bottom and capturing 21 without a single British ship lost. The outcome, however, is less important than how Nelson was able to achieve his final victory. The real genius was that Nelson was able to set the conditions for his victory during training: by prioritizing decentralized command and control; increasing firing rates; and challenging tactical orthodoxies. Nelson dismissed standard formations. He drove his formations under full sail at right angles directly into the enemy’s broadside. Where traditional tactics required a surgeon’s scalpel, Nelson brawled with the precision of a club. He knew conventional tactics were not adequately matched to his contemporary problem, and he evolved to the threat. 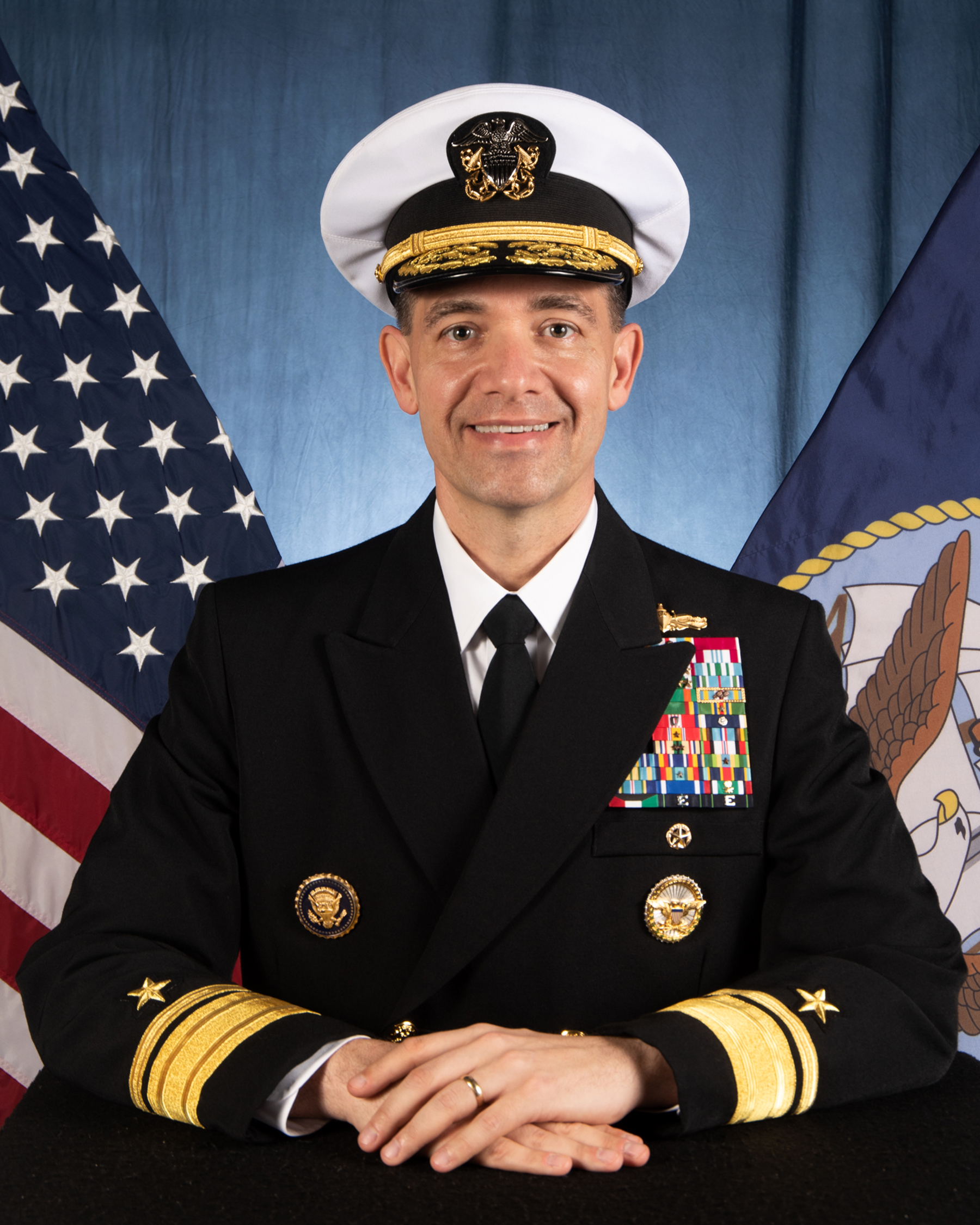 Rear Adm. Brad Cooper is the son of a career Army Officer. He is a 1989 graduate of the U.S. Naval Academy, and earned a master’s degree in Strategic Intelligence from the National Intelligence University. He has also studied national security policy and international relations at Harvard and Tufts Universities.

A career Surface Warfare Officer, he served on guided missile cruisers, guided missile destroyers, aircraft carriers and amphibious assault ships. His ship commands include USS Russell (DDG 59) and USS Gettysburg (CG 64). Cooper is particularly proud of the extraordinary men and women with whom he served on sea duty during 9 deployments and 13 real-world operations all around the world. His amazing Sailors in USS Gettysburg earned the Battenberg Cup as the best ship, submarine or aircraft carrier in the Navy’s Atlantic Fleet.

Ashore, he served in a variety of executive, military assistant and special assistant roles in the White House, the Office of the Secretary of Defense, U.S. Africa Command and U.S. Pacific Fleet headquarters. He also served as principal U.S. Advisor to the Interior Minister of Afghanistan and Director, Surface Warfare Officer assignments (Pers-41).

As a flag officer, he mostly recently served as Chief of Legislative Affairs, where he lead the Navy’s engagement efforts with the U.S. Congress. Previous tours include service as commander, U.S. Naval Forces Korea during the height of tensions on the Korean Peninsula in 2016-2017; and, commander, Expeditionary Strike Group 7 in Okinawa, Japan, where he lead 7th Fleet’s Navy-Marine Corps team on the U.S. military’s first F-35 deployment.

Cooper has been recognized with various personal and unit-level awards including the Distinguished Service Medal and Bronze Star Medal. He is a recipient of the Admiral Elmo Zumwalt Award for Visionary Leadership.

By Lieutenant Thibaut Delloue, U.S. Navy Reserve
Boards are a mainstay in shipboard culture, and for SWOs in particular, they are a rite of passage.
P Featured Article