Skip to main content
Ordnancemen on board the USS San Jacinto (CVL-30) prepare to load a modified Mk 13 torpedo in the bomb bay of a TBM Avenger during the 25 October 1944 Battle off Cape Engaño. The cylindrical “pickle barrel” and box tail helped turn the torpedo into an effective weapon.
Naval History and Heritage Command

The Mk 13 aerial torpedo—used throughout the Pacific war by the U.S. Navy—earned a terrible reputation early in the conflict, with its poor performance at the Battle of Midway being blamed in large part for the loss of many torpedo-bomber aircrews. However, in 1944 the torpedo emerged as a devastating weapon responsible for sinking a Japanese superbattleship at the Battle of Leyte Gulf and another one off Okinawa.

The Mk 13 had its origins about 1930. The Navy had been arming its torpedo bombers with adapted submarine- or ship-launched torpedoes, but because the weapons were very long, the aircraft were clumsy and performance was very poor. By the early 1930s, there was significant support within the fleet to eliminate torpedo bombers altogether. The fact that torpedoes ran poorly unless they were dropped at a very low speed and at a low altitude did not help. The Navy’s Bureau of Aeronautics (BuAer) concluded that any higher-performance torpedo bomber would have to be armed with a much shorter torpedo.

The Mk 13 was developed to that end. Even then, BuAer was unhappy with torpedo bombing and asked the Bureau of Ordnance to develop a torpedo much lighter than the Mk 13 that could be carried by faster dive bombers. When the Navy circulated design requirements for a future torpedo bomber, it happened that new, more powerful engines offered much the same performance with the emerging Mk 13 as with the lighter weapon BuAer had requested. The design competition yielded the design of the TBD Devastator, which in 1935, when Douglas delivered the XTBD-1 to the Navy, seemed to offer far better performance than earlier bombers.

The Mk 13, as with the Mk 14 submarine torpedo, was not extensively tested before the United States entered World War II. Aviation squadrons often were limited to one or two live drops per year, and their Mk 13s frequently behaved erratically. That aroused little concern, because by this time aviators thought level bombing offered far better results than torpedo bombing. Mathematical analysis, which has survived in standard handbooks, seemed to prove that a limited number of bombers, flying in formation, had a very good chance of hitting even a moving ship. It is not clear to what extent this belief was tested in prewar exercises, but it helps explain why the TBD and its successor, the wartime TBF/TBM Avenger, was provided with sophisticated Norden bombsights for use with that type of bombing.

Level bombing from high altitude was considered so lethal that immediately before the war the threat of it was used to justify large numbers of defensive fighters (otherwise the fighters mainly would be needed to escort carrier strike aircraft). Level bombing was also favored because existing torpedo bombers (Devastators) could not land back on carriers with their torpedoes on board; unlike bombs, they had to be used or jettisoned. Also, carriers accommodated far more bombs than torpedoes, and bombs were easier to handle. However, combat experience would reveal that horizontal bombing was useless as a ship-killer.

All navies knew that aerial torpedoes were unreliable. For example, a torpedo could oscillate as it fell through the air, its nose rising and falling. Once a torpedo entered the water, it took time for the weapon’s controlling surfaces to take charge and overcome its initial dive. Torpedoes often hooked, meaning that after continuing in water on course for a short time they moved sideways before proceeding in the original direction. That may have been because they rolled while in the air after being dropped, and after they hit the water, their depth-control surfaces functioned as rudders.

Attaching extra surfaces to torpedoes for better control while in the air was part of the solution to the problems. By 1938, the U.S. Navy was experimenting with fitting devices to Mk 13 torpedoes to eliminate oscillation. The modified torpedoes were most easily carried underwing by large flying boats. Torpedoes carried wholly or partly in bomb bays were fitted with wooden box tails, which had been tested by April 1941 and finally were approved in August 1942. In theory, the additional surfaces broke away as the torpedo hit the water. Unfortunately, a TBD dropped its torpedo nose down, guaranteeing that it oscillated in flight, and it could not be dropped from an altitude greater than 150 feet or at a speed of more than 115 knots. Another problem was that pilots relied on barometric altimeters, but they could be inaccurate because of local weather conditions.

After the terrible U.S. torpedo bomber losses at Midway, Pacific Fleet Commander-in-Chief Admiral Chester Nimitz wrote Chief of Naval Operations Admiral Ernest King that the necessity for the aircraft to slow down and fly at a low altitude during their attack runs had been disastrous. The ability to drop torpedoes at higher speeds and from a higher altitude should be demanded.

By this time, developers at the Naval Torpedo Station at Newport, Rhode Island, were working on the exact problems and demonstrating that torpedoes could withstand much worse conditions than previously imagined. Their tests supported, for example, the U.S. Army’s program of adapting its medium bombers for torpedo attack. By July 1942, Mk 13s were being dropped at 200 knots and from 275 feet. The higher and faster the torpedo was dropped, the farther it would travel in the air before entering the water and the less time a target would have to evade it. However, once in the water, torpedoes continued to run badly. Wartime BuAer torpedo correspondence files reveal that very large numbers of tests were conducted, many of which showed problems such as hooking.

The wartime National Defense Research Committee (NDRC), which coordinated university laboratories working on defense problems, also contributed to torpedo improvement. In the latter part of 1942, the NDRC asked the California Institute of Technology to see if rockets it was developing could be used to slow down a torpedo in the air so it would not hit the water so hard. Nothing came of this project, but CalTech became interested in torpedoes.

The university built a torpedo-launching mechanism that it used in a project beginning in July 1943 to develop a new aerial torpedo. The weapon, the Mk 25 torpedo, appeared only at the end of the war and was made in very small numbers. CalTech also attacked the hooking problem. The Mk 13 turned out to be highly unstable in the water and controllable only if it entered at a narrow range of angles. CalTech found that enclosing the torpedo tail in an airfoil-section ring cured hooking, among other problems.

At about the same time, Newport devised a preliminary solution to the problem of dropping at high speed: a wooden drag ring, nicknamed a “pickle barrel,” which surrounded the nose of the torpedo. Combined with the box tail, the pickle barrel helped dampen oscillations as a torpedo fell through the air. It also cushioned impact with the water. The drag ring, the box tail, and the shroud cured numerous problems and made the Mk 13 an effective weapon. In April 1944, Mk 13 torpedoes so fitted were cleared for launch at 400 knots and from 2,600 feet. The longer the torpedo spent in the air, the higher its average speed, and the less allowance had to be made for the motion of the target. With a torpedo falling through the air at 250 knots, a target could be treated as though it were dead in the water.

Torpedo bombers used the new combination for the first time during Operation Hailstone, the Navy’s 17–18 February 1944 strikes on Truk, the large Japanese Navy base. On 24 October during the Battle of Leyte Gulf, one of Japan’s two operational superbattleships, the Musashi, sank after being hit by 19 Mk 13 torpedoes and 17 bombs. About 11 Mk 13s and 6 bombs did in the second superdreadnought, the Yamato, on 7 April 1945 while she was en route to Okinawa.

During the war, 2,487 Mk 13s were launched for 514 hits, with the overwhelming majority of the strikes coming in 1944–45. After the Pacific war, the U.S. Navy had no more large-ship targets to sink. The last combat mission of the Mk 13 was a 1 May 1951 attack against the Hwacheon Dam during the Korean War. Eight U.S. Navy AD Skyraiders launched eight Mk 13s fitted with pickle barrels and box tails. Of the seven “fish” that hit the dam, six exploded, heavily damaging the structure. 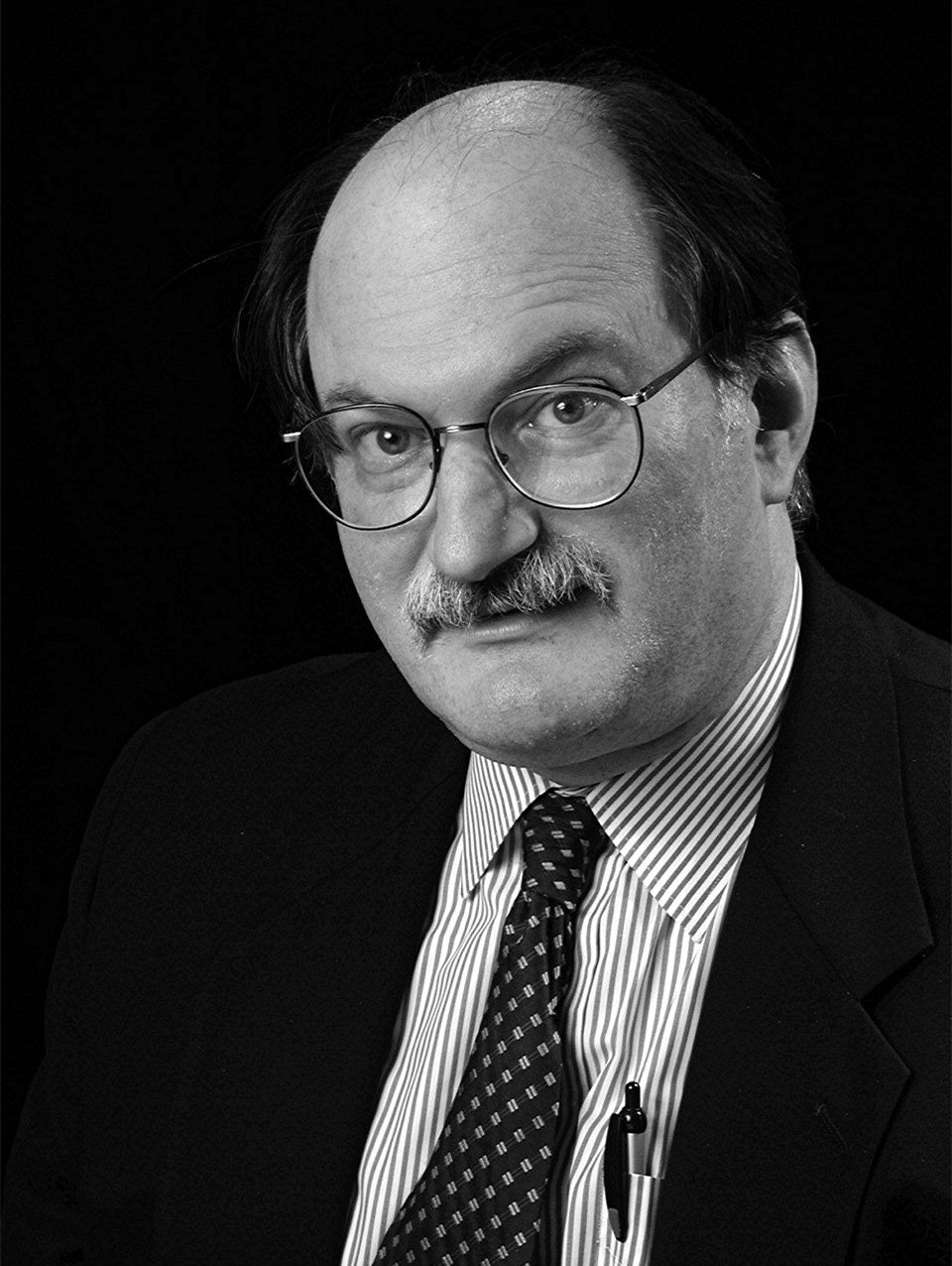 How the Propeller Displaced the Paddle Wheel

By Philip K. Allan
The development of steam power in the 18th century was arguably one of the most important changes of its age. Shipbuilding, too, was part of this revolution.
NH Armaments & Innovations

By John Swinfield
The development of the torpedo was long and tortuous, but a tangential musical connection would bring enjoyment around the globe.
NH Armaments & Innovations

The Evolution of Sails in 18th-Century Warships

By Philip K. Allan, author, Upon the Malabar Coast
Prior to the introduction of steam power, warships were dependent on the wind and their sails to provide both power and the ability to maneuver in battle.