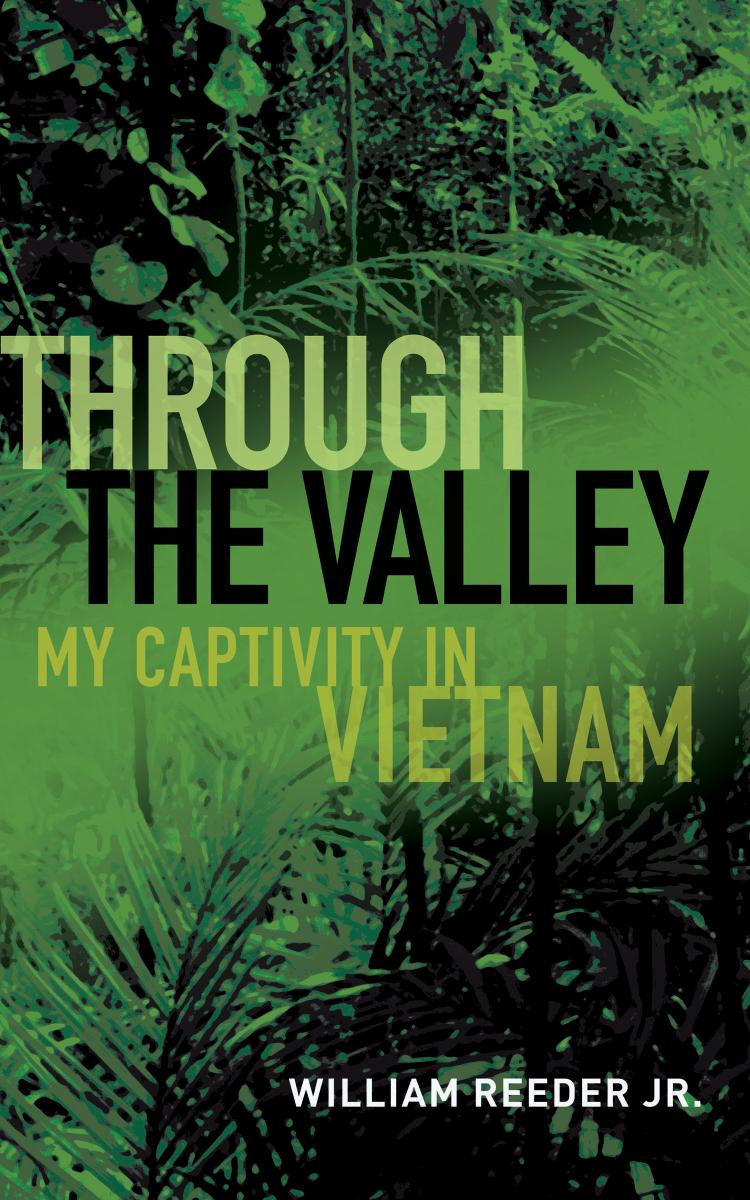 Reeder evocatively shares his distressing, yet ultimately uplifting, story of survival against the odds, and even though readers know Reeder will make it through, this account will keep them engaged until the end.”—Publishers Weekly

Through the Valley is the captivating memoir of the last U.S. Army soldier taken prisoner during the Vietnam War. A narrative of courage, hope, and survival, Through the Valley is more than just a war story. It also portrays the thrill and horror of combat, the fear and anxiety of captivity, and the stories of friendships forged and friends lost.

In 1971 William Reeder was a senior captain on his second tour in Vietnam. He had flown armed, fixed-wing OV-1 Mohawks on secret missions deep into enemy territory in Laos, Cambodia, and North Vietnam on his first tour. He returned as a helicopter pilot eager to experience a whole new perspective as a Cobra gunship pilot. Believing that Nixon’s Vietnamization would soon end the war, Reeder was anxious to see combat action. To him, it appeared that the Americans had prevailed, beaten the Viet Cong, and were passing everything over to the South Vietnamese Army so that Americans could leave.

Less than a year later, while providing support to forces at the besieged base of Ben Het, Reeder’s chopper went down in a flaming corkscrew. Though Reeder survived the crash, he was captured after evading the enemy for three days. He was held for weeks in jungle cages before enduring a grueling forced march on the Ho Chi Minh Trail, costing the lives of seven of his group of twenty-seven POWs. Imprisoned in the notorious prisons of Hanoi, Reeder’s tenacity in the face of unimaginable hardship is not only a captivating story, but serves as an inspiration to all.

In Through the Valley William Reeder shares the torment and pain of his ordeal, but does so in the light of the hope that he never lost. His memoir reinforces the themes of courage and sacrifice, undying faith, strength of family, love of country, loyalty among comrades, and a realization of how precious is the freedom all too often taken for granted. Sure to resonate with those serving in the armed forces who continue to face the demands of combat, Through the Valley will also appeal especially to readers looking for a powerful, riveting story.

“Through the Valley: My Captivity in Vietnam is a well-written chronicle of Army Col. Bill Reeder's time as a POW and his struggles adapting back in the 'real world.'” —The VVA Veteran

“This is a powerful book and highly recommended for readers who want a riveting account of survival against the odds.” —Military Review

“Reeder tells a harrowing yet ultimately uplifting story of survival against strong odds. With the exception of some reconstructed dialogue, the tale rings true. Even though we know Reeder will survive, this account still keeps the reader engaged until the end.” —The VVA Veteran

“Colonel Reeder's story of how he became the last soldier captured by the enemy in South Vietnam and how he endured captivity and then a forced march north up the Ho Chi Minh Trail is awe-inspiring. His will to survive, and the courage and sacrifice demanded of him, make this book hard to put down.” —Joseph L. Galloway co-author of We Were Soldiers Once...and Young and We Are Soldiers Still

“This book's greatest value, however, is not simply as a straightforward historical account detailing one man's journey into and out of captivity. Through the Valley poignantly captures the profound cost of the conflict experienced not just by one observer, but by all those around him. Throughout his journey north, Reeder encountered dozens of South Vietnamese prisoners who suffered through the same captivity he did. Indeed, during the missions he flew prior to his capture, Reeder provided cover for the evacuation of American advisors from doomed South Vietnamese outposts. It is this that is perhaps the most worthwhile part of this autobiographical account. Reeder, in heartfelt detail, captures the pain and perseverance that permeates his experience in a way that is profoundly accessible to those reading it. In this respect, Through the Valley contributes to a rich body of writing that has helped leaders and policymakers for centuries understand the human cost associated with deciding to go to war, a cost that those they choose to send to fight will carry home with them. Costs that will influence how those people reintegrate into society, and how society changes as a result.” —The Strategy Bridge

“The way that he (Reeder) and his fellow prisoners maintained their dignity and courage under horrendous circumstances is inspiring. The well-written autobiography is a stirring look at the trials of a prisoner of war in North Vietnam.” —Military Heritage

“Through the Valley: My Captivity in Vietnam by William Reeder Jr. is a harrowing account of courage and bravery by a Cobra gunship pilot shot down and captured by the enemy. Suffering a broken back and horribly festering wounds, Reeder barely survived a nearly 400-mile death march to Hanoi.” —Robert Mason, author of Chickenhawk

“Reeder has a good story to tell and knows how to tell it. A forty-year delay in writing his memoir did not diminish its impact. He served two tours in Vietnamùhis second mostly as a prisoner. One ordeal he survived ranks alongside the Bataan Death March.” —Air Power History

“He wants to be there, 'preserving the South against communist aggression and wanting to be in a tactical unit that's still in the fight.' Instead he survives a crash, lands in prison as a 'criminal,' and contracts malaria. His treatment and his memoir document why any nation ought to treat an enemy POW–in this case an American–with dignity.” —Military Times

“It is a book, at times, not for the squeamish or faint of heart. It is a revealing story of how our fighting men, and now women, can find themselves in harm's way at multiple levels. It is also a story of how one can adapt, survive, and overcome the worst trials and tribulations–with faith and belief in oneself and country. The book is recommended.” —Journal of America's Military Past

“Reeder, a former U.S. Army colonel, shares his harrowing experience as a prisoner of war after his Cobra helicopter was shot down on May 9, 1972, near Ben Het, Vietnam. Reeder was incredibly fortunate to survive the crash, as his copilot was killed and he was severely injured: 'hanging out the side of the Cobra, head down with my feet stuck in the cockpit, the helicopter burning.' Nearly paralyzed and without a weapon, Reeder survived for three days in the jungle before being captured. Then he somehow made it through several weeks penned up in a tortuous jungle prison camp in South Vietnam, an excruciating forced march to Hanoi, and imprisonment in the infamous North Vietnamese prison known as the 'Hanoi Hilton.' With the exception of some reconstructed dialogue, the tale rings true. Reeder evocatively shares his distressing, yet ultimately uplifting, story of survival against the odds, and even though readers know Reeder will make it through, this account will keep them engaged until the end.” —Publishers Weekly

“Through the Valley unquestionably possesses the characteristics of a superb story and a story which is superbly told. This is a book which will benefit and be remembered by readers of a wide variety of interests. William Reeder has a special story which must be read.” —INFANTRY