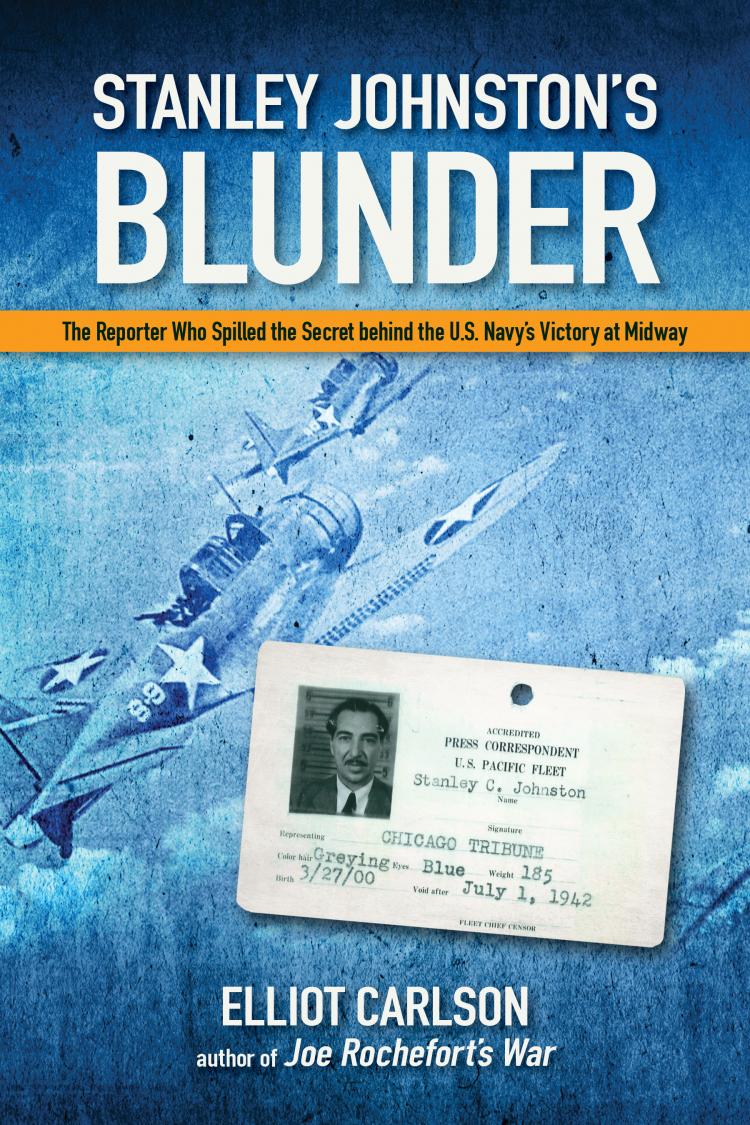 The Reporter Who Spilled the Secret Behind the U.S. Navy's Victory at Midway
By Elliot Carlson
Hardcover $16.97
Overview Author Reviews

In Stanley Johnston’s Blunder: The Reporter Who Spilled the Secret Behind the U.S. Navy's Victory at Midway, Elliot Carlson tells the story of Stanley Johnston, a Chicago Tribune reporter who may have exposed a vitally important U.S. naval secret during World War II.

In 1942 Johnston is embarked in the aircraft carrier USS Lexington during the Battle of the Coral Sea. In addition to recording the crew’s doomed effort to save the ship, Johnston displays great heroism, rescuing many endangered officers and men from the sea and earning the praise of the Lexington’s senior officers. They even recommend him for a medal. Then his story darkens. On board the rescue ship Barnett, Johnston is assigned to a cabin where messages from the Pacific Fleet commander, Admiral Chester Nimitz, are routinely, and carelessly, circulated. One reveals the order of battle of Imperial Japanese Navy forces advancing on Midway Atoll. Containing information obtained by the Navy’s codebreakers, this dispatch is stamped “Top Secret.” Yet it is casually passed around to some of the Lexington’s officers in the cabin while Johnston is present.

Carlson captures the outrage among U.S. Navy brass when they read the 7 June 1942 Chicago Tribune front-page headline, “NAVY HAD WORD OF JAP PLAN TO STRIKE AT SEA.” Admirals note that the information in the Tribune article parallels almost precisely the highly secret material in Nimitz’s dispatch. They fear Japanese commanders will discover the article, grasp that their code has been cracked, and quickly change it, thereby depriving the U.S. Navy of a priceless military asset. When Navy officials confirm that Johnston wrote the story after residing in that Barnett stateroom, they think they understand the “leak.”

Drawing on seventy-five-year-old testimony never before released, Carlson takes readers inside the grand jury room where jurors convened by the Roosevelt administration consider charges that Johnston violated the Espionage Act. Jurors hear conflicting testimony from Navy officers while Johnston claims his story came from his own knowledge of the Japanese navy. 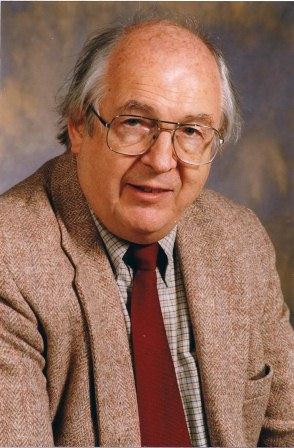 Elliot Carlson is a longtime journalist who has worked for such newspapers as the Honolulu Advertiser, Wall Street Journal, and the AARP Bulletin. Carlson is the author of the Chief of Naval Operation's reading list title Joe Rochefort's War: The Odyssey of the Codebreaker Who Outwitted Yamamoto at Midway.

"A useful read for anyone interested in Midway or the Pacific War, Stanley Johnston's Blunder is an important read for those with an interest in codebreaking and the protection of secrets, and is particularly timely given the recent uptick in 'leaks' of political and military information." —StrategyPage

"For anyone familiar with the Rochefort and Hypo stories . . . you're going to want to read this one." —The Battle of Midway Roundtable

"Stanley Johnston's Blunder is a well-written insight into some of the very real characters whose actions—sometimes gallant and sometimes foolish—shape the events of their times in ways they could never imagine." —Sea History

"With Stanley Johnston's Blunder, veteran journalist Elliot Carlson reminds us that left-leaning publications such as the Washington Post and the New York Times were far from the first to stand up to the federal government over their decision to publish the contents of secret documents.... [A]nyone serving in the military with access to secrets who even has the slightest possibility interacting with the press would profit from reading this cautionary tale."—The Daybook

"In Stanley Johnson's Blunder,, Elliot Carlson has pierced the carapace of the decades-long myth of the purported Chicago Tribune's compromise of the U.S. Navy's codebreaking success at the Battle of Midway. Crisply written and meticulously researched, Carlson exposes the patchwork censorship system during World War II and the Navy's overreaction—itself nearly exposing the secret. Stanley Johnson's Blunder is both a lesson and a case study for today's journalists and security personnel. "—Robert J. Hanyok, historian of Pacific War cryptology and co-author of West Wind Clear: Cryptology and the Winds Message Controversy—A Documentary History

"For years Stanley Johnston's brazenness in publishing a purloined list of the Japanese fleet composition for the Battle of Midway has come out in dribs and drabs. Now, thanks to Elliot Carlson's thorough, meticulous research and a substantial legal victory, we now have the whole story. The text draws together biographical material on Johnston, whom the author at times treats with sympathy and other times with scorn. The prose offers you-are-there immediacy at sea, in the Chicago Tribune newsroom, and in court. This is, without question, the definitive account of the Johnston-Tribune —Paul Stillwell, author of Battleship Arizona and Battleship Missouri>/i>

"Here for the first time is the inside story of events that could have resulted in the biggest intelligence blunder of World War II—drawing attention to the United States' penetration of Japanese naval codes by prosecuting the reporter and editors responsible for the news story based on a leaked message. Elliot Carlson not only tells the story, he is responsible for the lawsuit that opened the case records." —John Prados, author of Islands of Destiny: The Solomons Campaign and the Eclipse of the Rising Sun

In Joe Rochefort's War, Elliott Carlson gave us a key piece of the Midway story not previously revealed: the full biography of the U.S. Navy's master codebreaker. Stanley Johnston's Blunder is a logical follow-on, revealing for the first time how a convoluted set of circumstances surrounding an embarked newsman very nearly handed Rochefort's vital secrets to the Japanese. - Ronald W. Russell, editor, The Battle of Midway Roundtable, 2002ù2011

“Carlson’s book would provide a wonderful contribution to any college course on the history of modern American journalism, legal studies of the First Amendment, or those concerning the interactions between the Fourth Estate and national security apparatuses. Throughout his retelling of the highly contentious Chicago Tribune affair, Elliot Carlson reminds us that under the right conditions, the printed word has the power to change the fortunes of entire nations. And at the epicenter of this affair was the equally contentious character of Stanley Johnston, living proof that this power should not be taken lightly.” —H-Net

“This fascinating and well-researched book is the first full-length monograph of the June 1942 leak that basically revealed that the U.S. Pacific Fleet had previous knowledge of the Japanese operation against the Midway Islands. Aspects of the case have been discussed before in three journal articles in the 1980s, but this is the first book-length treatment of an event that can only be described as a farce, but had the potential to turn into a real drama at a moment’s notice…. This monograph should be of the greatest interest to anybody with even the most superficial interest in the problems that arise out of the cooperation between the media and armed forces in time of war. It also is a powerful reminder that seventy-two years after the war’s end, there are still plenty of fields that are left untilled.” —Journal of Military History

“Stanley Johnston’s Blunder is exceptionally well written and contains some invaluable lessons for military organizations handling embedded reporters and reminders for the handling of classified information. It is a must read for public affairs personnel and an excellent choice for readers looking for a nontraditional war story.” —Military Review