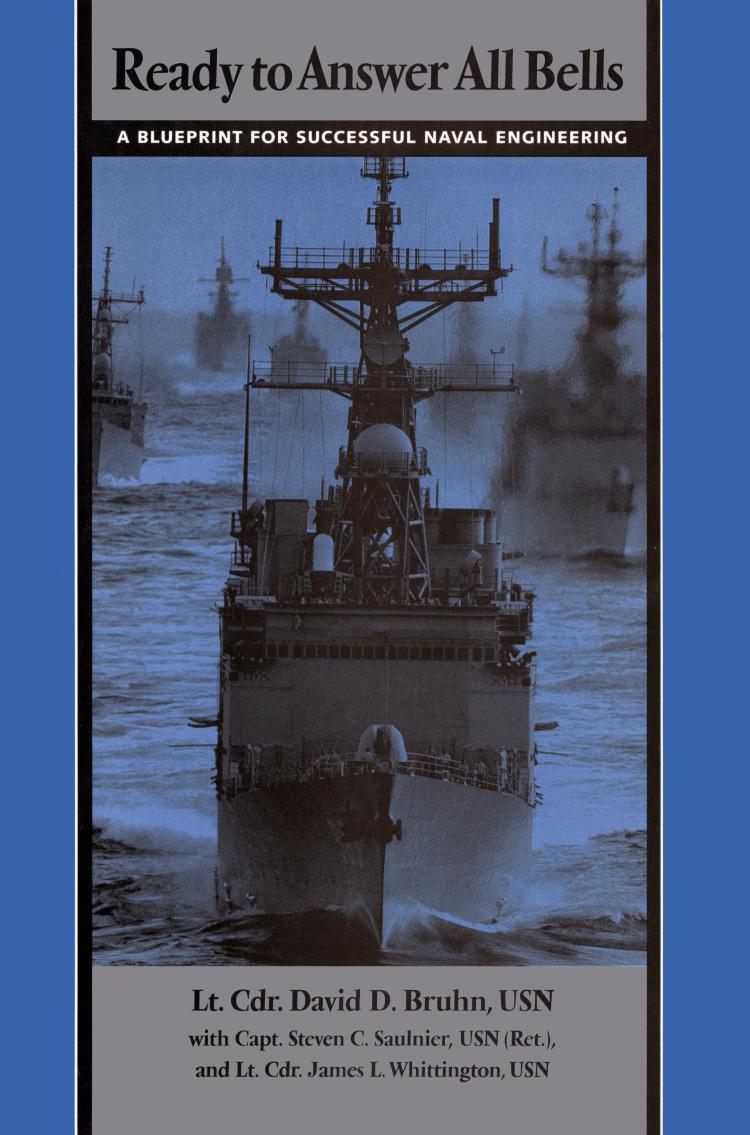 Ready to Answer All Bells

The first American book on shipboard engineering in nearly twenty years, this useful reference offers a guiding philosophy to new, experienced, and prospective engineers. Focusing on the art of the engineer rather than the doctrine and regulations that govern the technical side of the billet, it helps them be more effective at their jobs. Assuming that readers already possess basic knowledge of engineering principles and practices, the author sets forth a coherent blueprint to achieve and maintain the level of readiness necessary to support sustained operations at sea.

This guide provides insights born of the diverse and hard-won deckplate experience of former engineer officers aboard a variety of ships and submarines. The author and contributors, who have served in a number of engineering positions both at sea and ashore, include a former commander of a destroyer readiness squadron, a former commanding officer of a nuclear-powered attack submarine, and three officers currently commanding conventional gas turbine or diesel-powered surface ships. Acknowledging that the always demanding duties and responsibilities of the fleet's engineer officers have become even more challenging in recent years as funds for maintenance and training decrease, they emphasize the need for shipboard engineers not only to master technical knowledge but to lead, manage, and optimize the use of the personnel and material assets available to them. Their collective wisdom will help flatten the seemingly overwhelming learning curve that engineers must climb.

From taking over the department, through overhaul, to the various evolutions and assessment processes that confirm readiness to deploy to faraway regions of the world, this book guides the reader through all the challenges that the engineer officer will encounter, striking a balance between current fleet conventions and engineering practices that have stood the test of time. Navy, Coast Guard, and Merchant Marine engineering officers and Navy surface and submarine warfare officers will all benefit from heeding its advice, which until now could only be learned through experience.

Commander David D. Bruhn, U.S. Navy (Retired) served twenty-two years on active duty and two in the Naval Reserve, as both an enlisted man and as an officer, between 1977 and 2001. Commander Bruhn's final assignment was executive assistant to a senior (SES 4) government service executive at the Ballistic Missile Defense Organization in Washington, D.C. Following military service, he was a high school teacher and track coach for ten years, and is now a USA Track & Field official. He lives in northern California with his wife Nancy and has two sons, David and Michael.