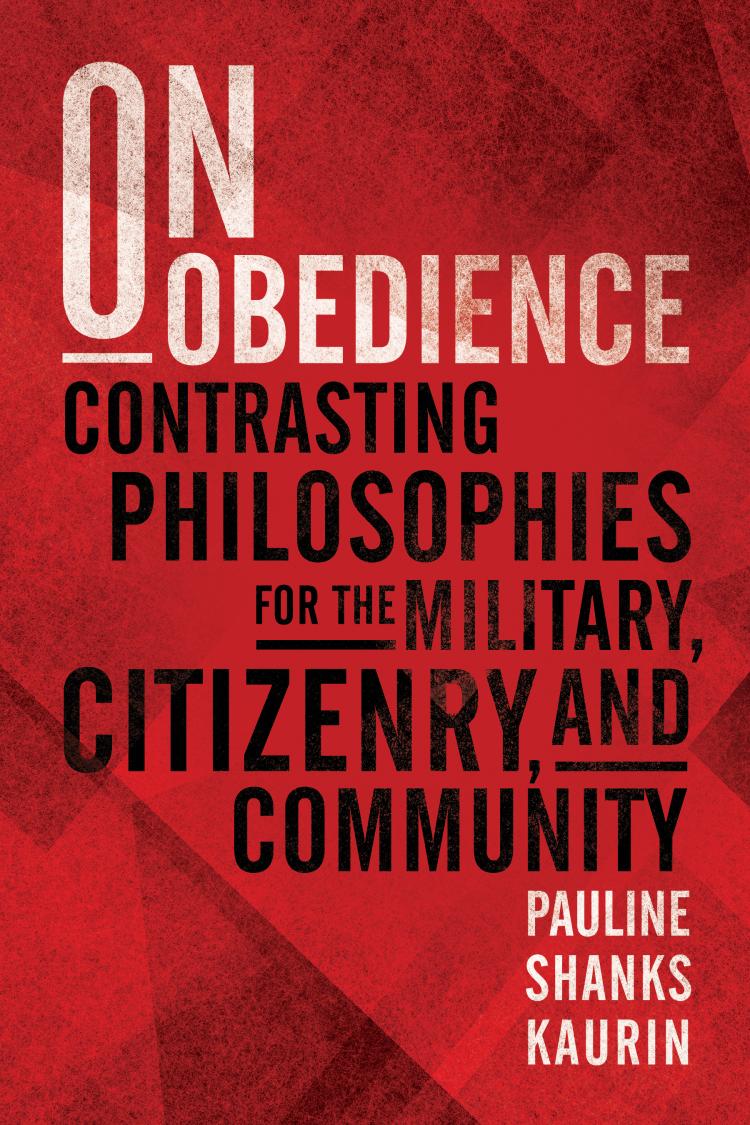 This volume is designed to be an in-depth and nuanced philosophical treatment of the virtue of obedience in the context of the professional military and the broader civilian political community, including the general citizenry. The nature and components of obedience are critical factors leading to further discussions of the moral obligations related to obedience, as well as the related practical issues and implications. Pauline Shanks Kaurin seeks to address the following questions: What is obedience? Is it a virtue, and if it is, why? What are the moral grounds of obedience? Why ought military members and citizens be obedient? Are there times that one ought not be obedient? Why? How should we think about obedience in contemporary political communities?

In answering these questions, the book draws on arguments and materials from a variety of disciplines including classical studies, philosophy, history, international relations, literature and military studies, with a particular focus on cases and examples to illustrate the conceptual points. While a major focus of the book is the question of obedience in the contemporary military context, many similar (although not exactly the same) issues and considerations apply to other political communities and in, particular, citizens in a nation-state.

Pauline Shanks Kaurin holds a PhD in Philosophy from Temple University, specializing in military ethics, just war theory, and applied ethics. She is also Professor of Professional Military Ethics at the US Naval War College. Recent publications include: When Less is not More: Expanding the Combatant/Non-Combatant Distinction; With Fear and Trembling: A Qualified Defense of Non-Lethal Weapons and Achilles Goes Asymmetrical: The Warrior, Military Ethics and Contemporary Warfare (Routledge 2014.) She was Featured Contributor for The Strategy Bridge and published in Clear Defense, The Wavell Room, Newsweek, and Just Security. She lives in Newport, Rhode Island.

“Citing ambiguous and troubling cases and public controversies drawn judiciously from the recent experiences of irregular and hybrid warfare, the author demonstrates that the classical or conventional dichotomy of ‘unquestioning (passive) obedience’ to orders, versus ‘willful disobedience’ (as previous writers like Samuel Huntington characterized it for generations of military practitioners) will no longer suffice for understanding the nature of the complex choices and actions that now routinely confront the average soldier, sailor or Marine in the exercise of combat operations. These choices and actions will instead require the exercise by rank and file military personnel of mature judgment, political prudence, and moral discernment in the contemporary field of combat, whether land, sea, air…or even, now, in space (not to mention in the 'fifth domain' of cyber conflict). The careful analysis and scrutiny that Professor Kaurin brings to these complex issues will significantly aid and advance the training, education, and practical preparation of military personnel to exercise their new, heightened responsibilities for confronting armed conflict in the ‘grey zone.’ Her work constitutes a truly remarkable contribution to professional military education.” —George Lucas, Distinguished Professor of Ethics emeritus, U.S. Naval Academy

"New work on ethics and obedience is needed now more than ever, and Dr. Kaurin’s contribution is brilliant. Her analysis is spot-on, insightful, accessible, and grounded in the latest research. This book belongs on military and leadership required reading lists. Conversations are called for from wardroom to boardroom, and Kaurin shows the way." —Prof. Shannon E. French, Inamori Professor in Ethics, Case Western Reserve University

"No one can engage in warfare without confronting moral dilemmas. Military organizations try to instill obedience and discipline in their members for when that time comes, but most leave it to the individual to figure out what those words mean. Professor Kaurin has addressed these issues and offered a deep but accessible guide for the military profession." —B. A. Friedman, Military Analyst, author of On Tactics and 21st Century Ellis

"The status of the military profession is balanced on the relationship with its citizenry. In On Obedience, Dr. Shanks Kaurin addresses this critical, but poorly understood concept. It is truly a book for our time, readdressing the questions of honor and obedience situated in today’s complex political environment." —Nathan K. Finney and Tyrell O. Mayfield, editors of Redefining the Modern Military: The Intersection of Profession and Ethics

"In an era where we again see a clash of ideologies between major powers, ethical and disciplined decision-making in military and civilian organizations is a strategic edge for Western nations. On Obedience provides an enlightened and highly readable examination of this through the lens of the benefits and limits of obedience. In doing so, it redefines our understanding of obedience, disobedience and the grey spaces between, and what it means for the challenges of leading in the 21st century." —Maj. Gen. Mick Ryan, Commander Australian Defence College, Canberra

“This book is an excellent philosophical exploration of the concepts of obedience and disobedience, aimed not just at the military but also at all of us in society who must obey the rules and laws of our communities. Dr. Kaurin encourages the reader to consider not just when to obey orders, but when we might be morally required to be disobedient.” —CHAPLAIN (SQNLDR) Revd. Dr. Nikki Coleman, Senior Chaplain Ethicist, Royal Australian Air Force

“This book is a liberal education: morally engaged, intellectually serious, wrestling with the difficult problems of our time, and guided by classical literature. Pauline Shanks Kaurin helps us think about the purposes of obedience, under what circumstances disobedience to the military’s ‘unconditional liability contract’ is justified, and how ‘critical obedience’ better serves both the practical and ethical needs of our military.” —Kori Schake, Deputy Director-General, International Institute for Strategic Studies, and editor with Jim Mattis of Warriors and Citizen

“In this timely and thoughtful book, Kaurin … provides an invaluable guide for situations in which demands for obedience conflict with the imperatives of conscience.” —Foreign Affairs

“An important work in the field of military ethics, On Obedience provides a robust framework for thinking not only about our future as soldiers and citizens, but about how obedience, as a social and cultural factor, shaped our shared political and military past.” —New Books Network

“On Obedience is completely down to earth, filled with pop culture references to explore an essential concept of social and political life. I promise it’s as easy to read as it is enlightening.” —Medium

“On Obedience will suit the tastes of someone who enjoys ... analytical philosophy, discussing military and social values, and has a background knowledge in the subject…. I would expect it would also be a very attractive read to anyone who has an interest in social and civil disobedience, particularly as they try to make sense of the conflicts inherent in the current political stage. As polarisation grows, it is important to understand one’s tendencies to support one’s group, one’s alliance.” —The Reading Review

“Pauline Shanks Kaurin has penned a timeless work that also speaks urgently to vital political and civil-military questions of our time.... On Obedience is a triumph. It deserves an enduring spot on the reading lists of senior military leaders and on the syllabi of professional military education institutions around the world…. Read this book, and that’s an order.” —The Strategy Bridge

“On Obedience [is] a very engaging read…. [An] excellent book.” —Soldiers and Civilization Blog

“Professor Pauline Shanks Kaurin’s On Obedience is an important contribution to the field of military studies and should find a place in any thoughtful military professional’s reading list.” —Australian Journal of Defence and Strategic Studies