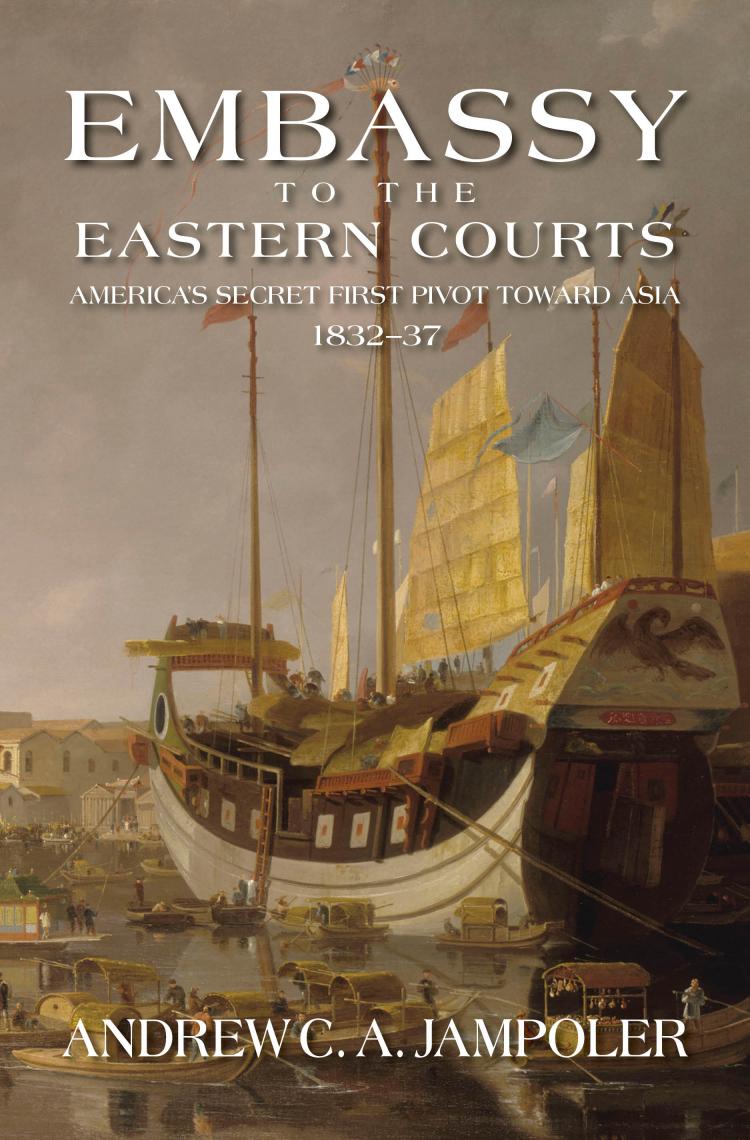 Embassy to the Eastern Courts

Some two centuries ago, during the Revolutionary and Napoleonic Wars, New England’s merchants and traders found themselves frozen out of their traditional markets in Europe and the Caribbean. Desperate for new business for their idled ships and crews, they asked President Andrew Jackson to explore opportunities for them on the other side of the globe. Prompted by the secretary of the navy, Jackson sent Edmund Roberts—an unemployed ship owner from Portsmouth, New Hampshire, with no diplomatic experience—on an “embassy” (mission) to the potentates of Oman, Siam, Cochin China, and Japan, to negotiate pioneering trade treaties.

So began an unusual and ultimately fatal adventure that twice took Roberts to exotic and dangerous places on the other side of the globe. Because the British and the Dutch were deeply interested in these same new markets, Roberts’ mission was kept secret. Sailing in the ill-fated USS Peacock, first in company with USS Boxer, then with USS Enterprise, Roberts traveled almost 70,000 miles across the great expanses of two oceans to successfully negotiate treaties with Oman and Siam.

Although he failed twice to win over the emperor of Cochin China and died miserably in Macao before departing for Japan, Roberts’ embassy was nonetheless instrumental in opening doors to new diplomatic realms and extending the commerce of the fledgling American nation.

Kept secret at the time and largely forgotten today, Edmund Roberts’ fascinating and important story is recounted in this latest book by Andrew Jampoler—retired naval officer turned maritime historian—whose previous works include Sailors in the Holy Land and The Last Lincoln Conspirator. 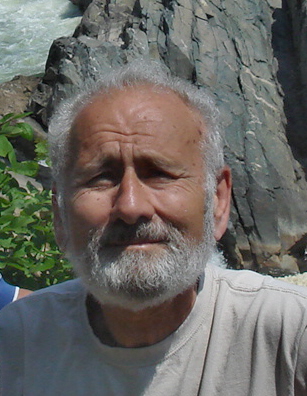 Andrew C. A. Jampoler spent nearly twenty-five years as an active duty naval aviator including a year on the ground in Vietnam, command of a squadron and a naval air station, and service on several high level staffs. He is the author of six other Naval Institute Press books, beginning with Adak in 2003 and most recently Congo.

"For those who have somehow managed to avoid the history that involved 71% of the planet, Embassy to the Eastern Courts is an intoxicating plunge into the deep end bring a life jacket. For those who love the maritime world, Embassy is a joy." —Sea History

"Embassy a real pleasure to read, and I recommend it to anyone interested in America and the world through maritime history, cross-cultural trade, or the U.S. Navy in the age of sail. It reads like a good Patrick O'Brian story, and, having enjoyed those too, I am looking forward to getting my hands on more of Jampoler's histories." —War on the Rocks.com

"Jampoler, the author of six other books, does a first-rate job of delineating the Navy at this time, the world stage at the time ù Great Britain, France and the Netherlands competing for footholds and trading posts far from their homeland and provides wonderful color of the ports along the Pacific-Indian oceans rim. He did in this work on diplomacy, maritime trade and the Navy's role in both what he did so very well in Sailors in the Holy Land, the entryway to the American age of exploration." —Naval History Book Reviews

"Embassy to the Eastern Courts is part travelogue, part history and part adventure. It will fascinate anyone interested in the period it covers or the difference between then and the present." —Galveston Daily News

"Jampoler has mined a plethora of sources to produce his Embassy to the Eastern Courts, most importantly, Roberts' personal papers, and his journal. His charts and maps are informative too, and his reproductions of famous paintings of scenes and places in the Orient are remarkably attractive. Embassy to the Eastern Courts is a welcome addition to the literature on Asiatic-American relations in the early nineteenth century." —The Northern Mariner

"There is no better way to understand today's Western interactions with, and challenges from, Asia, than to trace the similarities with and differences from the early East-West encounters two centuries ago. Embassy to the Eastern Courts does a wonderful job of conveying the texture of the outward looking American society of the era of Jackson, Tocqueville, and Darwin's discoveries, and the uncertain China they met. I learned a lot about both China and America from this book." —James Fallows, The Atlantic; author of China Airborne: The Test of China's Future

"Andrew Jampoler has provided yet another winning work of history, detailing the triumphs (and many more tribulations) of one of the lesser known diplomats in American history." —The Journal of Military History

"Embassy to the Eastern Courts takes readers along on Edmund Roberts's exotic and sometimes quixotic quest to open U.S. official relations with the Far East. Written with jaunty verve and wry humor, Andrew Jampoler's travelogue conveys the full flavor of extended voyaging in the age of sail the mysteries of foreign lands, the dangers of uncharted waters, the vexations of remoteness from home and of long confinement in cramped quarters, and the constant battle to maintain the health of ship and crew. The exquisite illustrations are themselves worth the price of the voyage." —Daniel Feller, professor of history at the University of Tennessee, editor/director of The Papers of Andrew Jackson

"You'll never be rowed up the Chao Phraya River in a royal junk crewed by green clad and red clad sailors, but Andrew Jampoler serves up the next best thing: Embassy to the Eastern Courts is less a book than a time machine that will transport you to the mid-nineteenth century, when the U.S. Navy helped open up Canton, Bangkok, and Muscat to commerce. Sit back, turn the pages, and enjoy the ride." —William J. Bernstein, author of A Splendid Exchange

"The author has skillfully used available documentation to weave a fascinating and topical tale of intrigue... and diplomatic success." —Baird Maritime Australia

“Based on a wealth of resources, including first-hand accounts from the diaries of the ship’s surgeon and others, letters from Robert himself, naval records, and journal articles, Embassy to the Eastern Courts provides a vivid account of our early diplomatic efforts in the East. Filled with thumping good stories and eccentric characters, it at times reads like a Patrick O’Brian seafaring adventure, but the accompanying maps, etchings, photographs, logs, and artwork remind us that such undertakings were all too real—and all too perilous.” —Hill Rag