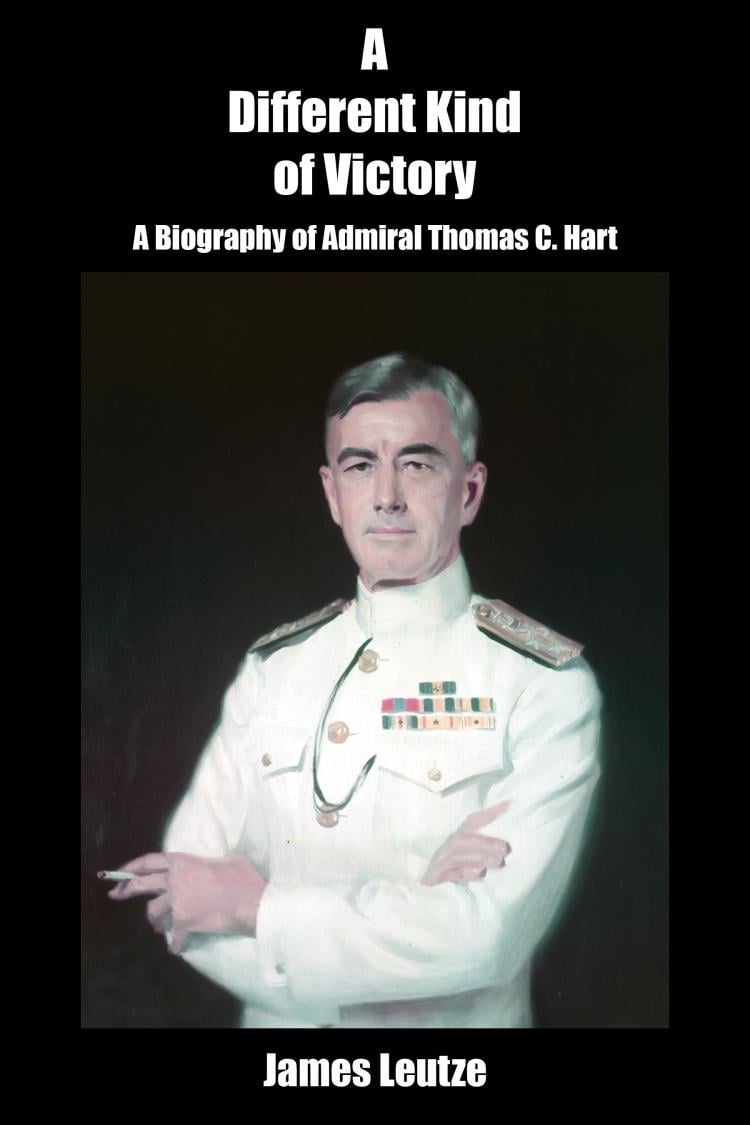 A Different Kind of Victory

This biography of Admiral Thomas C. Hart is important not only because it is the story of a man whose central guiding force in life was the U.S. Navy, but also because it is a study of some fifty-five significant years of American history. This book, based in part on the twenty-one volume Hart diary, investigates the forces and circumstances that shaped Hart’s actions during a memorable and influential career that spanned three wars and was followed by brief service in the U.S. Senate.

From his earliest days on the faculty of the U.S. Naval Academy, where he was dedicated to academic reform, to his ‘second” career in elected office, Hart could always be found amid controversy.

His appointment as commander of the Asiatic fleet, a billet he wanted and was led to believe he would get, was partly the result of uneasy relationship with FDR. Here, enlivened with Hart’s naval and diplomatic experiences in the Philippines and the Netherlands East Indies, vantage points that provided him with an excellent perspective on the opening stages of the Pacific War.

James Leutze provides us with Hart’s firsthand account of the Lanikai-Isabel incident, the hazardous foray ordered by Roosevelt in 1941. Although, ostensibly, the purpose of the maneuver was to garner information on the movements of the Japanese fleet, Hart clearly considered that Roosevelt’s intention was to provoke the Japanese.

In descriptive detail, James Leutze relates Hart’s war experiences, both professional and private, and examines his controversial relationships with other, equally strong-minded naval leaders. Particularly burdensome at times were Hart’s difficulties with the brilliant, but egotistical and quixotic, Douglas MacArthur.

Hart’s role as commander of the naval forces of the American, British, Dutch, and Australian military command is carefully analyzed by Leutze. The ABDA never became effective, and, because of Allied jealousies and internal political pressures, Hart was eventually removed from his command. Leutze shows us, with compassion, a man given heavy responsibility, and then virtually ignored by his own government.

Blunt, outspoken, aloof, and occasionally referred to as “Terrible Tommy,” Admiral Thomas C. Hart was nevertheless respected and admired, an inspiration to his fellow officers. Here is the fascinating story of a man who had an enduring influence on U.S. naval and diplomatic history.

"Leutze's keen insights tell us the kind of man Hart was . . . . The result is a vivid and compelling picture of a man and his times. It is also a model of what a biography can and should be."—Naval War College Review