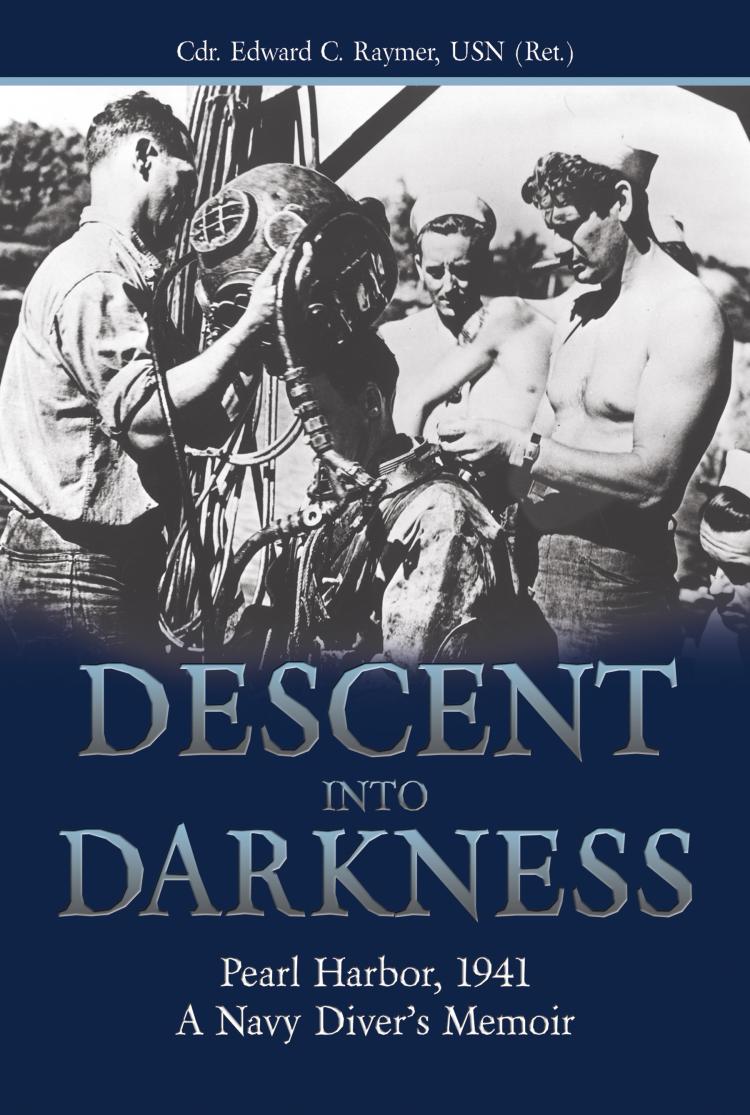 On December 7, 1941, as the great battleships Arizona, Oklahoma, and Utah lie paralyzed and burning in the aftermath of the Japanese attack on Pearl Harbor, a crack team of U.S. Navy salvage divers headed by Edward C. Raymer are hurriedly flown to Oahu from the mainland. The divers have been given a Herculean task: rescue the sailors and Marines trapped below, and resurrect the pride of the Pacific fleet.

Now for the first time, the chief diver of the Pearl Harbor salvage operations, Cmdr. Edward C. Raymer, USN (Ret.), tells the whole story of the desperate attempts to save crewmembers caught inside their sinking ships. Descent into Darkness is the only book available that describes the raising and salvage operations of sunken battleships following the December 7th attack.

Once Raymer and his crew of divers entered the interiors of the sunken shipwrecks—attempting untested and potentially deadly diving techniques—they experienced a world of total blackness, unable to see even the faceplates of their helmets. By memorizing the ships’ blueprints and using their sense of touch, the divers groped their way hundreds of feet inside the sunken vessels to make repairs and salvage vital war material. The divers learned how to cope with such unseen dangers as falling objects, sharks, the eerie presence of floating human bodies, and the constant threat of Japanese attacks from above.

Though many of these divers were killed or seriously injured during the wartime salvage operations, on the whole they had great success performing what seemed to be impossible jobs. Among their credits, Raymer’s crew raised the sunken battleships West Virginia, Nevada, and California. After Pearl Harbor they moved on to other crucial salvage work off Guadalcanal and the sites of other great sea battles.

Commander Edward C. Raymer, USN (Ret.) served thirty years in the U.S. Navy. Descent into Darkness was his only book. He died in 1997.