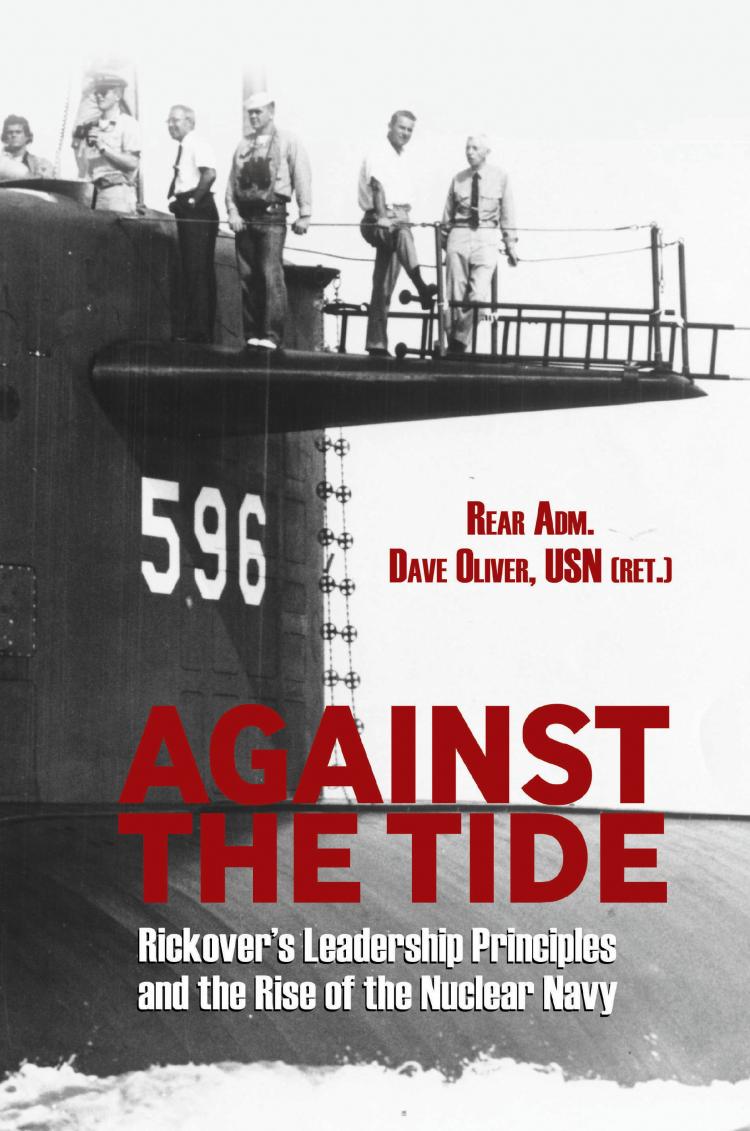 Against the Tide is a leadership book that illustrates how Adm. Hyman Rickover made a unique impact on American and Navy culture. The driving force behind the Navy’s nuclear submarine fleet, Rickover revolutionized naval warfare while concurrently proving to be a wellspring of innovation that drove American technology in the latter half of the twentieth-century. Rear Adm. Dave Oliver, USN (Ret.) is the first former nuclear submarine commander who sailed for the venerable admiral to write about Rickover’s management techniques. Oliver draws upon a wealth of untold stories to show how one man changed American and Navy culture while altering the course of history.

Rear Admiral Dave Oliver, USN (Ret.) is a 1963 graduate of the U.S. Naval Academy who spent thirty-two years in the Navy, served at sea on board both diesel-electric and nuclear submarines, commanded a nuclear submarine, and served as chief of staff of the Seventh Fleet. His final military tour was as principal deputy to the civilian Navy acquisition executive. During the Clinton administration he was Principal Deputy Undersecretary of Defense for Acquisition, Technology and Logistics and in the Bush administration he was the director of management and budget for the Coalition Forces in Iraq. After leaving the Navy he was the CEO of the EADS, North America Defense Company as well as an executive at Northrop Grumman and Westinghouse.

"To whom will this book appeal? Military officers and cadets (especially naval officers and cadets, particularly those of the U.S. Navy), but also administrators in the civilian departments of the U.S. Government and state and local governments; and, outside of government, business executives and directors of museums, libraries, and charitable organizations; current and former submariners of any rank; current and former officers and crewmen who serve or served aboard nuclear-powered aircraft carriers; and military history buffs." —Notes on Culture

"[Against the Tide] provides tips for reformers, applicable to every kind of organization. It is one of the best books about managing I have read.... Rickover's most important gift to us: removing our largest excuse for inaction." —Fabius Maximus