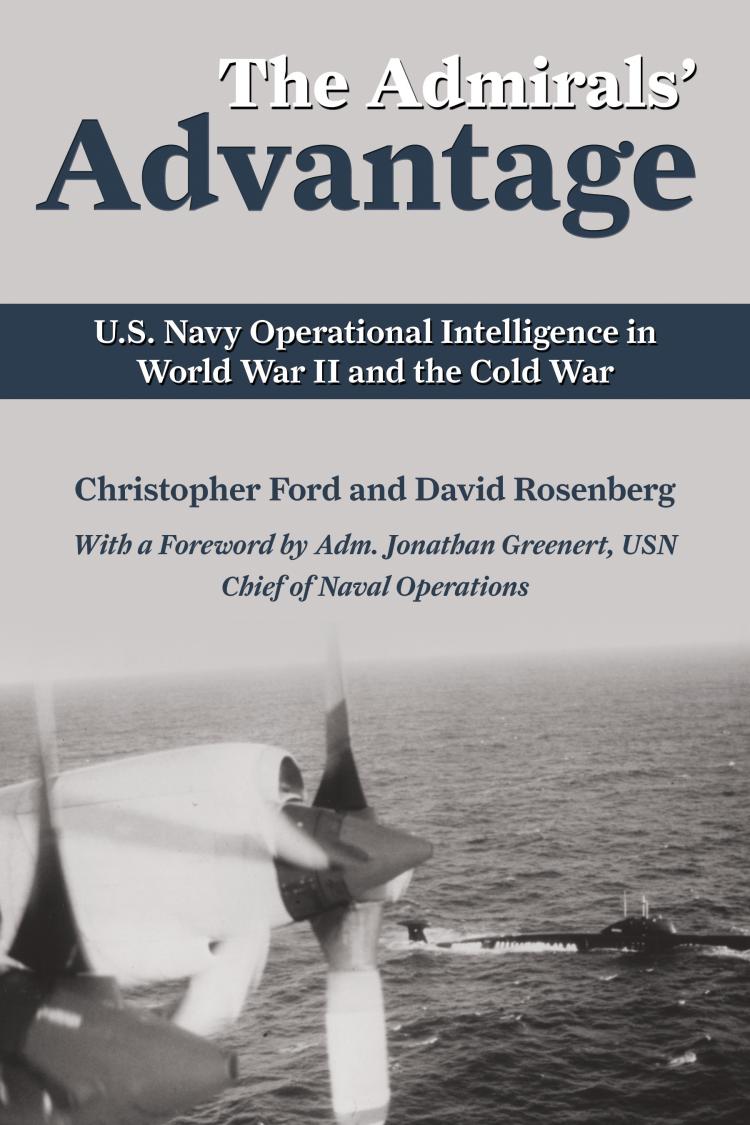 Operational intelligence, knowledge of the enemy’s location and actions, is crucial to effective military operations. The Admirals’ Advantage offers a revealing look at naval operational intelligence based on the findings of a classified Operational Intelligence (OPINTEL) Lessons-Learned Project and a 1998 Symposium at the Navy and Marine Corps Intelligence Training Center. Participants included senior intelligence and operational leaders who explored the evolution and significance of OPINTEL since World War II. Past and current practices were examined with inputs from fleet and shore commands and insights from interviews and correspondence with senior flag officers and intelligence professionals.

Captain David Rosenberg is part of a team of U.S. Naval Reserve intelligence officers that has compiled OPINTEL lessons-learned since 1994. In his civilian careers, Rosenberg is a senior professor at the Naval War College who led Task Force History for the Vice CNO in Operation Iraqi Freedom.

Dr. Christopher Ford was sworn in as Assistant Secretary for International Security and Nonproliferation on January 9, 2018. In his current capacity, Dr. Ford was additionally delegated the authorities and functions of the Office of the Under Secretary for Arms Control and International Security on October 21, 2019. Before coming to ISN, Dr. Ford served as Special Assistant to the President and Senior Director for Weapons of Mass Destruction and Counterproliferation at the National Security Council. Dr. Ford also served as an intelligence officer in the U.S. Navy Reserve from 1994 until 2011, receiving an Honorable Discharge at the rank of Lieutenant Commander. He is the author of three books and scores of articles and monographs.

"The Admirals' Advantage provides one of the few authoritative looks into Cold War-era intelligence. The authors--both academicians and naval reserve officers--have done a masterful job of maneuvering through the over-classification of this period to give us an interesting and useful account. It should be a textbook for all intelligence-related classes and schools." —Norman Polmar, author of Project Azorian and The Naval Institute Guide to Ships and Aircraft of the U.S. Fleet, 19th ed.

"The Admirals' Advantage provides a remarkable insight into the chronicles of OPINTEL and the impact it had on the ultimate victory of the U.S. and its allies over the Soviet Union and its Warsaw Pact partners during the Cold War. This milestone work constitutes a major addition to the military record of this most dangerous period in world history and should be included in the libraries of all military academies and institutions of higher learning."—The late Rear Adm. Thomas W. Evans, author and analyst specializing in submarine history and operations