Skip to main content
The Saildrone, a wind-powered unmanned surface vessel shown here off the coast of Bahrain, uses solar energy to fuel a package of sensors that help build a shared picture of the surrounding seas.
U.S. Navy (Natianna Strachen)

Tests in Fifth Fleet a Bridge to Future

As the United States moves toward its 250th anniversary, the world is changing—from the rise of technologies unimaginable in 1776 to shifts in the global operating environment unimaginable even a few years ago. But while much about the future is unpredictable, one certainty is that the free flow of global trade will be central to U.S. security planning. As a maritime nation, the United States has always depended on the seas for its peace and prosperity.

But as the Navy sails closer to its own 250th anniversary, what must it look like to secure the seas? In all likelihood, it will be a hybrid of past and future, sailors who carry forward its best traditions and lessons teamed with a new generation of ever more capable and even autonomous systems. And many of the key lessons being learned about this future are coming from operations in the Middle East, one of the first regions where the infant U.S. Navy was deployed to secure the nation’s commerce.

With 5,000 miles of coastline and complex security dynamics, the Middle East’s waterways offer varied challenging conditions. Yet they also present opportunities to learn about new systems and best ways to use them. Capitalizing on this mix of challenge and opportunity, U.S. Fifth Fleet established Task Force 59 in September 2021 to bring new systems into an overseas operating environment and assess both the technologies and various approaches to their employment.

In the months since its creation, Task Force 59 has established a rapid pace of operation and learning. One recent example occurred in February off the coast of Jordan in the Gulf of Aqaba. Working with partners from industry and the local military, Task Force 59 brought together 80 unmanned systems from 10 countries. Sensors from unmanned vessels were able to locate and identify different items placed in the water and relay visual depictions to the command centers. Then, without human intervention, artificial intelligence (AI) processed the data and determined whether human operators should take a closer look.

By pairing unmanned aerial, surface, and underwater systems with Jordan’s existing sensors, the task force learned it could drastically improve maritime domain awareness. The sensors and unmanned systems collect large amounts of data that AI then combines with existing information to build a clearer picture of the maritime environment.

The unmanned systems and AI-enabled technologies that have proved resilient in the Middle East are likely to be scalable to the other numbered fleets. Task Force 59 has conducted operational tests with various platforms and systems off the coast of Bahrain to better understand how unmanned capabilities could be applied on a global level. Earlier this year, for example, Task Force 59 systems demonstrated the ability to provide vigilance and detection capabilities 24 hours a day for more than 100 days. The unmanned platforms at sea did not stop for maintenance, liberty, refueling, or resupply. At present, most crewed ships cannot provide this level of persistent intelligence, surveillance, and reconnaissance coverage without significant external support.

It is easy to see how insights gained from this testing might apply to deploying 20 or 200 unmanned vessels off other coasts. But just as important as identifying what works with unmanned systems, the efforts in the Middle East are yielding valuable insights about what might not be needed.1

Another important lesson of these tests is the importance of U.S. partners. Multilateral cooperation is essential to achieving operational success in the maritime domain. The same can be said for integrating new technologies, which is why partnering is at the heart of Fifth Fleet’s approach to building an unmanned fleet by summer 2023. Led by regional partners, U.S. naval forces will grow the unmanned surface vessel (USV) fleet in the Middle East to 100 vessels patrolling critical waterways on any given day.

This unmanned fleet will help identify destabilizing maritime activity and threats and then relay this information to respective navies through an integrated network. The systems Task Force 59 has evaluated to date already have demonstrated their ability to communicate threats quickly and expand the distance forces can see on the water by two- or threefold. In fact, many of these platforms are deployed across the region now, adding value and capacity to daily fleet operations. What can be achieved as the Navy multiplies this out with U.S. allies is stunning. Indeed, it potentially could deploy hundreds of unmanned systems for the cost of a single major crewed ship. This does not mean the end of the manned fleet, but greater capability for it.

When maritime forces are persistently present and watching, malign actors are far less likely to offend. This is the essence of deterrence, and the U.S. Navy can bolster it by strengthening and expanding unmanned capacity, including with regional partners. At a minimum, these new systems will add value to the collective deterrent posture and position crewed ships to respond to threats more rapidly.

Yet, there is another aspect of partnership that adds great value. Just as early tests with submarines and aircraft benefited from partnering with civilian experts such as John Philip Holland and Glenn Curtis, so, too, can the Navy gain by adding connection points to the nascent industry building up around robotics and AI in general and their maritime versions in specific. Task Force 59 has introduced new unmanned systems in a matter of months using a contractor-owned/contractor-operated, Navy-oversight model. This model offers flexibility in assessing new innovations under realistic conditions, providing immediate feedback to vendors, and weeding out systems that do not meet operational requirements. A traditional multiyear procurement and test cycle would not keep pace with the fluid nature of current technology advances. The model also bolsters U.S. allies. Because new unmanned technologies are commercially available today, regional partners can procure the systems at speed as well.

Bridging to a Future Hybrid Fleet

An integrated unmanned system and artificial intelligence network will increase maritime awareness, deny malign actors anonymity, create complexity for them to navigate, and aid in protecting the global trade that secures a more prosperous future for all.

It is no mystery, then, why Admiral Mike Gilday’s Navigation Plan 2021 calls for the Navy to deliver a larger, hybrid fleet of manned and unmanned platforms—under, on, and above the sea—that meets strategic and operational demands. And, in this challenge, as Admiral Gilday has said, “Speed matters.” This is not just about keeping ahead of new pacing threats with new technologies, but also about how quickly we are able to develop and deploy new concepts. With strategic partners from industry, academia, and government, Fifth Fleet’s efforts in the Middle East region show how the Navy can speed innovation and broker new discoveries. 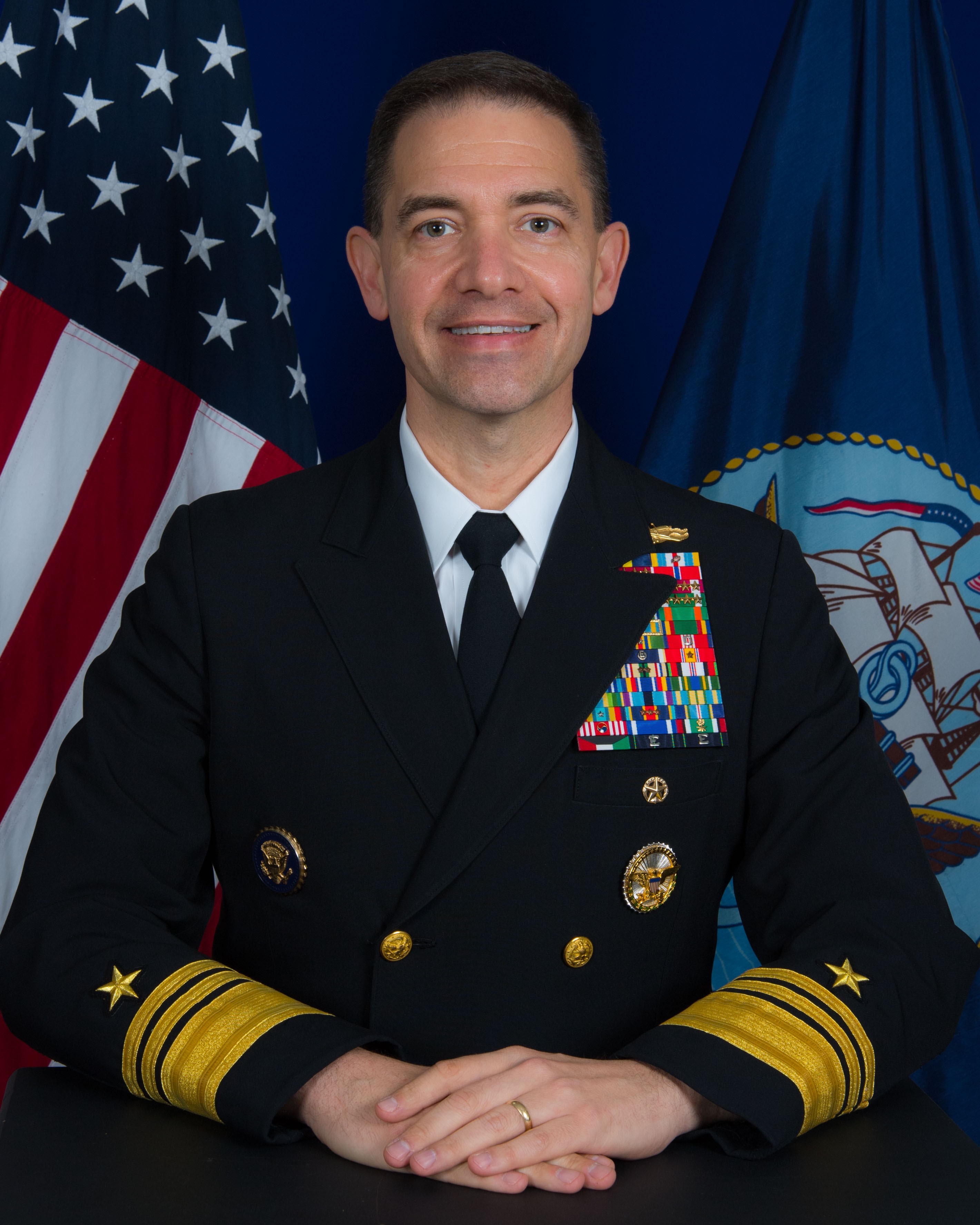 Dr. Singer is a strategist at New America, managing partner of Useful Fiction, LLC, and the author of multiple books, including Wired for War, LikeWar, Burn-In, and Ghost Fleet.

The Small, the Agile, and the Many

By Captain Dan Straub, U.S. Navy, and Hunter Stires
The LCS is the Navy’s solution for Chinese aggression in the South China Sea.
P Featured Article

Proceedings asked the commanders of the world’s navies how their maritime security environment is changing and what impact it is having on their operations, budgets, and personnel policies.