The U.S. Coast Guard traces its roots to the founding of the Revenue Cutter Service on 4 August 1790, when Congress authorized the construction of 10 vessels to prevent smuggling, enforce trade and tariff laws, and collect revenue. Merged in 1915 with the U.S. Life Saving Service and renamed the Coast Guard, the service has 11 statutory missions that range from maritime law enforcement to prevention, response, and security at sea. While it is the smallest of the Sea Services (approximately 41,000 active-duty personnel), it punches above its weight. Imagine an organization about the size of the New York City Police Department stretched from the Persian Gulf to Portland, Maine, and Antarctica to north of Alaska—interdicting illegal drugs and migrants, saving mariners in distress, stopping illegal fishing, maintaining aids to navigation, inspecting ships, operating ports, and educating the public. Not only does the Coast Guard punch above its weight as a service, but Coast Guard professionals play an outsized role in the Naval Institute’s open forum. My hat’s off to our brothers and sisters in the Coast Guard. Semper Paratus! 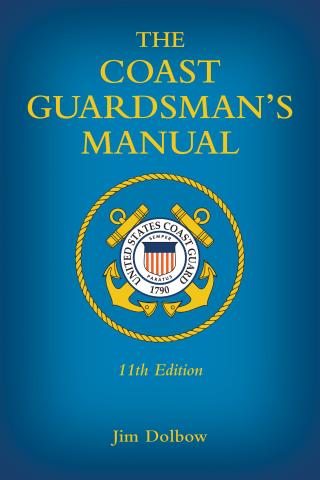 Regardless of rank or time in service, Coast Guard personnel find this manual to be essential to their professional development. Its value as a ready source of guidance is attested to by generations of men and women who have made it a part of their personal libraries since 1952, when the first edition was published. This 11th edition brings the reader into the second decade of the 21st century.

We thank Susan Curtin for helping sponsor the 2022 Coast Guard Essay Contest and for her testimonial about the Naval Institute’s mission and impact. Susan is a former petty officer in the Coast Guard Reserve and the daughter of J.D. Power, who also served in the Coast Guard before founding the consumer research, data, and analytics company that became synonymous with quality. It is no surprise that a family with such a mission focus would have a tradition of service in the U.S. Coast Guard.

The Board of Directors approved a modest 6 percent dues increase effective 1 July. The best way to offset the increase is to lengthen the term of your membership.
P CEO Notes

Join us on Wednesday, 11 May for the Naval Institute’s 149th Annual Meeting—our first in-person annual meeting in three years—and our first at the new Jack C. Taylor Conference Center!