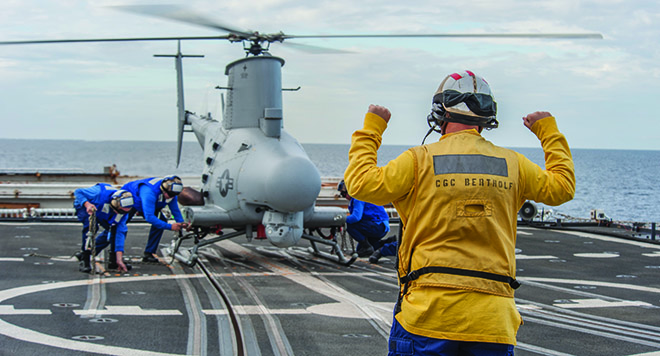 At the core of the Coast Guard’s identity as a multimission service is the careful balance among its military, law enforcement, and humanitarian roles. Those roles occasionally conflict, requiring the service to weigh new capabilities or tactics for one mission against its ethos, its public image, and the impact on other missions. Prior evolutions in Coast Guard policy—such as arming all boarding team members in the 1980s and taking a more aggressive security posture post 9/11—generated both internal and external controversy. Soon the service will face another such decision as it contemplates how it will integrate unmanned systems—drones—into its force structure and operational concepts.