Skip to main content
This painting shows John Paul Jones (at center, with pistol in hand) at the height of the 1779 battle between his Continental Navy ship, the Bonhomme Richard, and HMS Serapis, just as his carpenter reports that Jones' vessel is sinking. The author argues that Jones was not only a skillful warrior, but a visionary who "captured the idea of American liberty before he captured a single British ship."
Courtesy of the Author

One early 20th-century writer called John Paul Jones “a knight of the seas.” Some refer to him as the father of the U.S. Navy. But others had a less-charitable view. His British opponents, for example, called him pirate, corsair, and renegade, and a recent biographer contended that one of his defining characteristics was “all-consuming ambition.” Still another observer has questioned the use of the word “warrior” to describe Jones. With so many conflicting labels during the more than two centuries since his service in the Continental Navy, it’s time for a fresh look at the enduring qualities that establish Jones’ place in U.S. history.
By Rear Admiral Joseph F. Callo, U.S. Naval Reserve (Retired)
Proceedings
Vol. 139/5/1,323
Nobody Asked Me, But . . .
View Issue
Comments

A good starting-point is Jones’ motivation for joining the Continental Navy. In a letter at the beginning of the American Revolution to Robert Morris, a member of the Continental Congress, Jones wrote: “The situation of America is new in the annals of mankind, her affairs cry haste, and speed must answer them.” Those words suggest that Jones was fighting for a cause, for something beyond mere personal ambition. That and other, similar statements show that he had in fact captured the idea of American liberty before he captured a single British ship.

In further evaluating Jones, it’s worth noting that he had been a successful British merchant captain before he was commissioned as a lieutenant in the Continental Navy in 1775. He was a seaman warrior, not a warrior seaman—one of the first of a string of wartime volunteer officers who would make significant contributions to the U.S. Navy during its history. It’s also worth noting that, despite Jones’ lack of a traditional naval background, he understood the importance of developing a combat doctrine. His was framed dramatically when he was asked by his Royal Navy opponent at the Battle off Flamborough Head in 1779 if he was prepared to strike his colors. His reply, shouted above the chaos of battle, defined his combat doctrine for all time: “I have not yet begun to fight.”

Jones was also a naval visionary. In November 1778, he wrote to Thomas Bell, the captain of an American privateer: “When the Enemy land force is once conquered and expelled [from] the Continent, our Marine [Navy] will rise as if by enchantment, and become within the memory of Persons now living, the wonder and Envy of the World.” It was an astonishing prediction, given the difficult circumstances of the Continental Navy at the time. In hindsight, the only thing Jones had wrong was how long it would take for his prediction to become a reality.

Based on his determination to attack Britain in its home waters, Jones also demonstrated a grasp of the strategic importance of naval power projection that was unusual for his time. The importance of his single-ship victories over HMS Drake in the Irish Sea in April 1778 and HMS Serapis off Flamborough Head a year later far exceeded their face value. Indeed, from a strategic point of view, Jones’ victory over the Serapis was a tipping-point of the War of Independence.

Perhaps the least-appreciated period of Jones’ career was his brief service in the Russian navy. Like many officers then who could not find naval employment in their own countries, he agreed to serve in a foreign navy. His service under Catherine the Great was important for two reasons. First, it was Jones’ only opportunity to command a fleet in combat, and in June 1788 he defeated a major Turkish force at the Battle of the Liman. And second, it enabled him to become an admiral, a mark of achievement in the profession. Unfortunately, he was not up to dealing with the intrigues of the Tsarina’s court, and he left the Russian navy.

Jones was a self-taught, professional naval officer, committed to the cause of his adopted country. And, notwithstanding the major challenges facing the Continental Navy, he was an exceptional naval warrior—one whose exploits in combat earned the epitaph carved in his tomb: “He Gave Our Navy its Earliest Traditions of Heroism and Victory.” 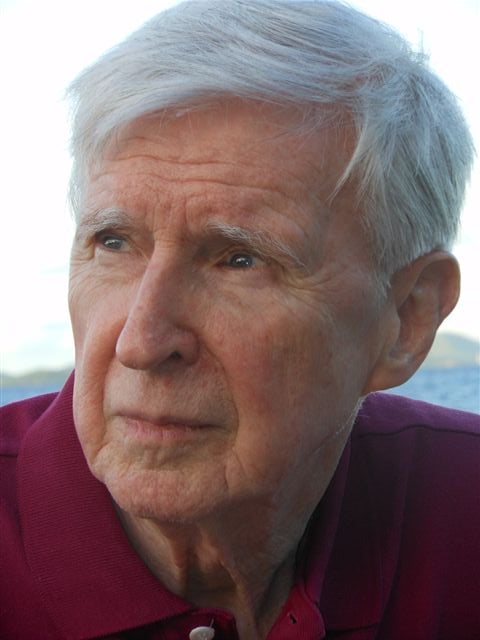 Rear Admiral Callo, a former advertising executive and television producer, has written numerous articles and six books on naval history, including John Paul Jones: America’s First Sea Warrior (Naval Institute Press, 2006). He was designated Author of the Year by Naval History magazine in 1999 and is a frequent contributor to Proceedings.