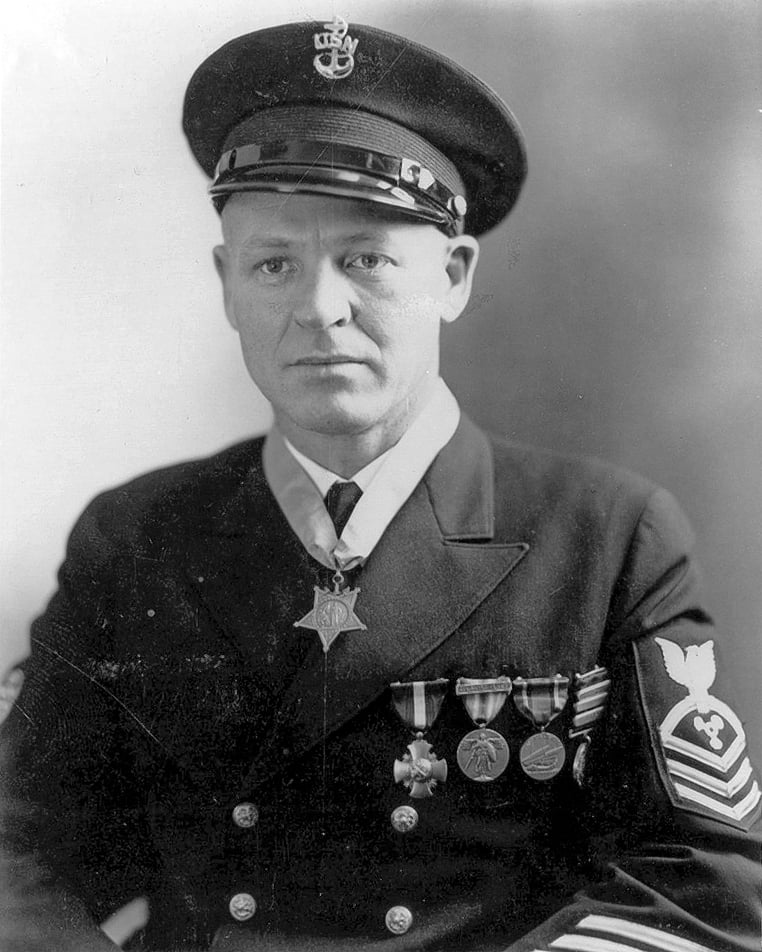 Chief Badders, who enlisted during World War I, got a taste of battleship and aviation duty before being brought into diving and salvaging work in the mid-1920s. In his oral history he describes the woeful status of the Navy's diving capabilities at the time, and he was in on the ground floor of the improvements that occurred during his career. Of particular interest is his account of the rescue attempts and salvaging of the sunken submarines USS S-51 (SS-162), S-4 (SS-109), and Squalus (SS-192). For his dangerous and aggressive rescue of 18 Squalus crew members, Badders was awarded the Medal of Honor in January 1940.

Sports constitute a prevalent theme throughout Badders' memoir. He played on various professional and semipro baseball and football teams, and he recalls encounters with such greats as Satchel Paige, Lou Gehrig, and Ted Williams.

In this clip from his second of three interviews with Dr. Mason at his home in Annapolis, MD, in September 1971, Chief Badders recounts part of his experience rescuing the survivors of the Squalus. 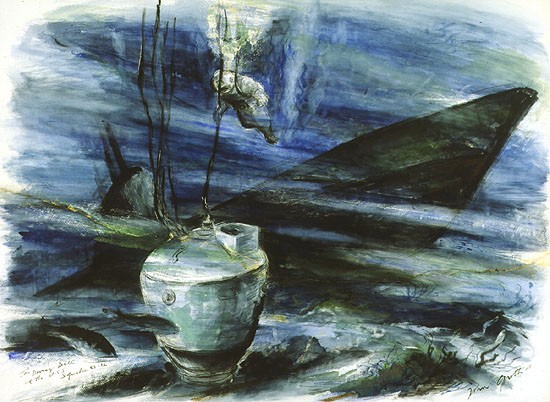 Chief Badders: Well, I was also going to make the third trip in the chamber, and I knew that when I made the second trip. I got the men out of there as soon as I could, dogged the hatch down, and got started down again. I think it was Momsen who said to me on the phone, "You brought out too many men on that trip, but do it again and bring up nine the next time." So I brought nine up on the second trip, which left only two trips required to bring the rest of the men up. I brought 18 men out of there, out of that sunken submarine. There are their autographs on the wall, on that list of survivors.

Based on three interviews conducted by John T. Mason Jr. from September through November 1971, the volume contains 157 pages of interview transcript plus an index. The transcript is copyright 1986 by the U.S. Naval Institute; the interviewee has placed no restrictions on its use.