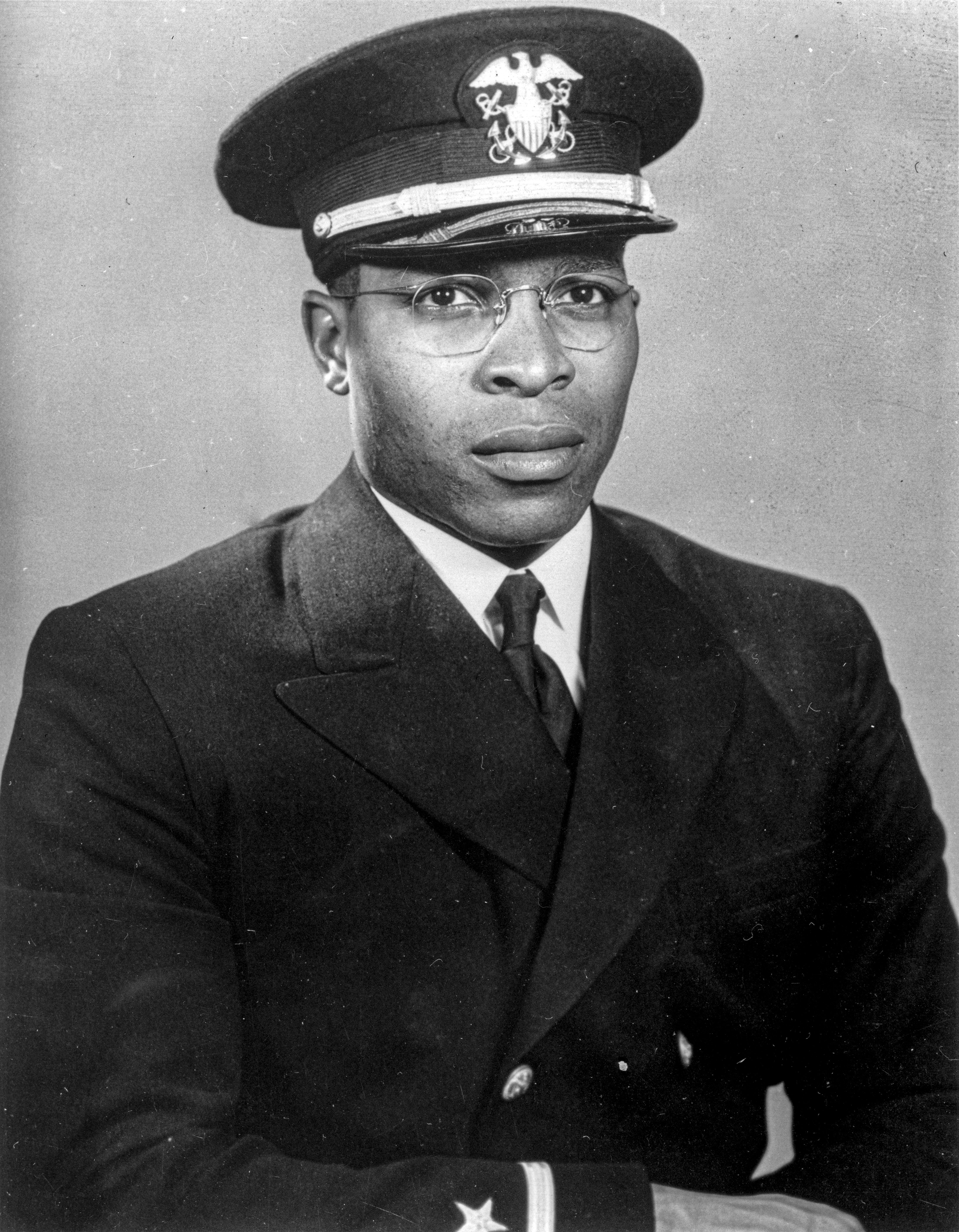 Arbor was born in Cotton Plant, Arkansas, in 1914, one of 12 children. After the U.S. entry into World War II, he enlisted in the Navy in 1942 — shortly before he would have been drafted into the Army. He went through recruit training at the all-black Camp Robert Smalls, part of the large naval training station complex at Great Lakes, Illinois. As a sailor, Arbor advanced to quartermaster second class, involved with navigation, log keeping, and visual signaling; he was among the first blacks rated in that specialty.

Initially stationed in the Boston area, where he served on boat coastal minesweepers, Arbor took an advanced navigation course in a Navy facility at Harvard University. In 1943 his life changed dramatically when he was ordered to report back to Camp Robert Smalls to take part in the Navy’s first officer training course for African-Americans.

Of the approximately 100,000 black sailors then in the Navy, Arbor and 15 other men were chosen to begin the training in January 1944. While three of the participants would remain as enlisted men, Arbor and the rest who were commissioned would become known collectively as the “Golden Thirteen.” Arbor and one of the the others were the first two black naval officers to be assigned overseas.

In the years after the war, Arbor aided Navy recruiting of minorities and met with later generations of black naval officers. He summed up his achievements by saying of the Golden Thirteen, “Having been one of the guinea pigs, I’m glad I had the endurance and fortitude to withstand the challenges we faced . . . The black officers today express their appreciation when they see us.” Mr. Arbor passed away in 2000.

Based on two interviews conducted by Paul Stillwell on 9 October 1986 and 20 July 1988, the volume contains 161 pages of interview transcript plus an index. The transcript is copyright 2018 by the U.S. Naval Institute; the interviewee placed no restrictions on its use.