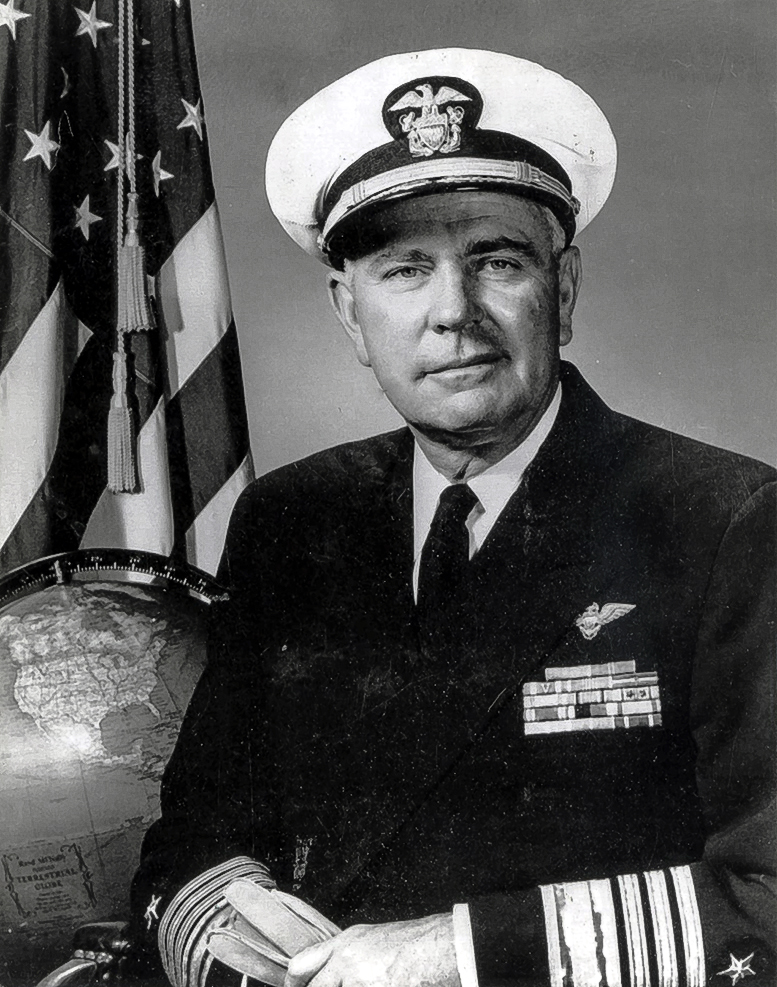 This oral history traces the early career of a future Chief of Naval Operations from Naval Academy graduation in 1927 through command of Carrier Division Six in the Mediterranean in 1958–59. Along the way, he discusses flight training, aviation duty in light cruisers and patrol planes, and service in aircraft carriers, including putting the USS Yorktown (CV-10) into commission under Captain "Jocko" Clark. Admiral Anderson held a number of important planning jobs ashore, including with the Bureau of Aeronautics, the AirPac staff under John Towers, and CominCh staff. He commanded the carriers USS Mindoro (CVE-120) and Franklin D. Roosevelt (CVB-42). In the early 1950s, he was on the Sixth Fleet staff, helped establish the NATO command in Europe, and was essentially chief of staff to Admiral Arthur Radford as Chairman of the JCS. As a flag officer, he was Commander Formosa Patrol Force before taking command of CarDiv Six.

The concluding volume of this memoir deals with Admiral Anderson's command of the Sixth Fleet from 1959 to 1961, his stormy tenure as Chief of Naval Operations from 1961 to 1963, his tour as U.S. Ambassador to Portugal from 1963 to 1966, and his activities since retirement from government service. In describing his time as fleet commander, Admiral Anderson tells of the fleet's combat capabilities and role as a goodwill ambassador for the nation. When he became CNO during the administration of President John F. Kennedy, Admiral Anderson had good relations with Secretary of the Navy John Connally. Admiral Anderson is much less kind in discussing SecNav Fred Korth and SecDef Robert McNamara. The admiral tells of the 1962 Cuban Missile Crisis and his widely publicized disagreements with civilian authority over the Tactical Fighter Experimental (TFX) fighter program that later became the F-111 Aardvark. The memoir also tells of his removal in 1963, when he was not reappointed CNO. He went instead to serve in Portugal. He tells of his dealings with the Portuguese government and with various offices within the U.S. State Department. Following his retirement from active government service, Admiral Anderson served on several corporate boards and was a member of the President's Foreign Intelligence Advisory Board in the Nixon administration.

On the Cuban Missile Crisis

In this clip from his 12th interview with Dr. John T. Mason Jr. at his residence at the Watergate Apartments, Washington, D.C. in January 1981, Admiral Anderson speaks of the time immediately following the Bay of Pigs Invasion and the ramp-up to the Cuban Missile Crisis. 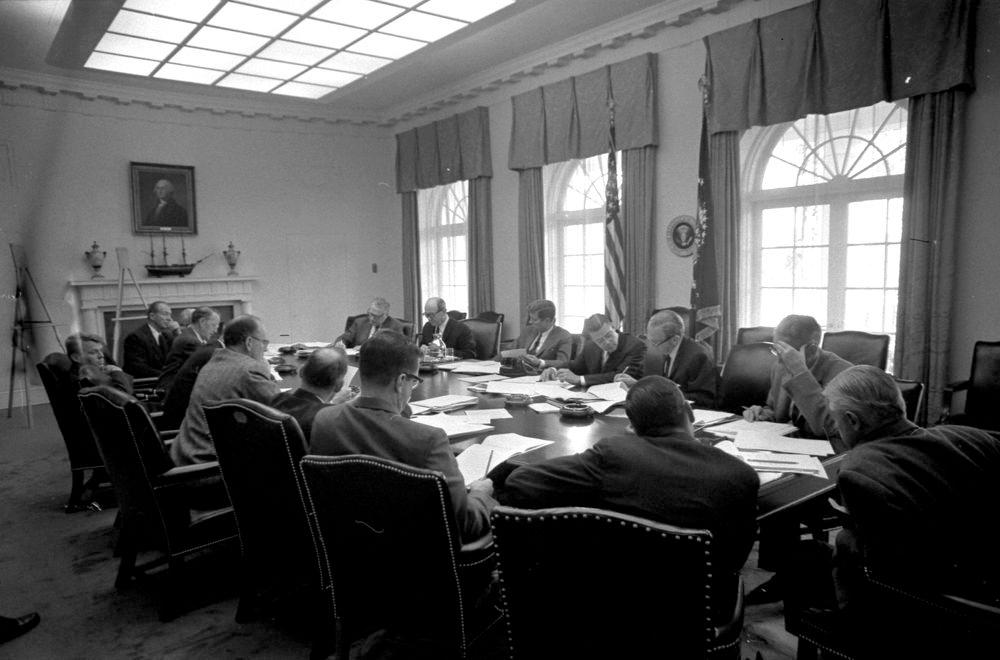 President John F. Kennedy and his advisors during the Cuban Missile Crisis.

Admiral Anderson: When I came back to Washington, it was quite apparent that the United States as a whole and the navy in particular was very disappointed with the outcome of the Bay of Pigs. It had been a matter of continuing concern, and I personally sensed that there was a very high manifestation of the competitiveness of President Kennedy and Bobby Kennedy to make up for what had gone on.

As a matter or fact, as soon as I became a member of the Joint Chiefs of Staff, it was clear that there was a weekly meeting at the higher political State Department policy level as to what could be done to redress the situation. Indeed, solicitations were being made quietly as to any idea that could be offered to provoke Cuba into giving the United States an excuse to take appropriate action. These meetings continued, and then along in the month of September there came an increasing number of reports voiced particularly by Senator Kenneth Keating of New York about the buildup of Russian forces in Cuba, including missiles.

Based on eight interviews conducted by John T. Mason Jr. from June through November 1980, the volume contains 376 pages of interview transcript plus an index. The transcript is copyright 1983 by the U.S. Naval Institute; the restrictions originally placed on the transcript by the interviewee have since been removed.

Based on eight interviews conducted by John T. Mason Jr. from December 1980 through April 1981. The volume contains 353 pages of interview transcript plus an index and appendices. The transcript is copyright 1983 by the U.S. Naval Institute; the restrictions originally placed on the transcript by the interviewee have since been removed.