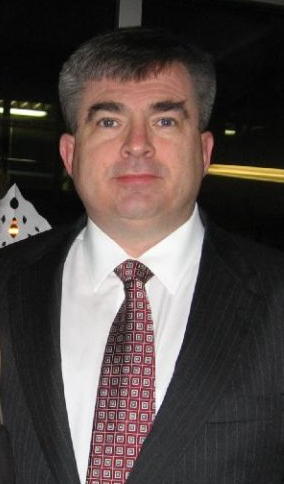 Frank Hoffman Lieutenant Colonel, U.S. Marine Corps (Ret.) is a national security affairs analyst and consultant with more than 30 years of policy and operational experience. He is currently a Research Fellow at the Center for Emerging Threats and Opportunities at the Marine Corps Combat Development Command, Quantico, Virginia. Colonel Hoffman serves as the Center's strategic and global affairs analyst, develops advanced concepts and conducts research into the nature of future conflict. Prior to this assignment, the Secretary of Defense appointed him to the staff of the U.S. Commission on National Security/21st Century (Hart-Rudman Commission). On the Commission, he specialized in future military and security environment projections, strategic planning, military strategy, and organizational change. He was the principal analyst for the Commission's homeland security and future military conflict assessments. From 1978-1983, he served as a Marine infantry officer in a variety of line and staff positions in the Second and Third Marine divisions. He holds degrees from the Wharton Business School, George Mason University, and the U.S. Naval War College (with highest distinction).

Force design must be versatile, balanced, risk-informed, and strategy-driven so the Corps is ready for the future.

Forcible Entry Is a Strategic Necessity

By Frank G. Hoffman
One crucial military capability under scrutiny in the Pentagon is seabased joint forcible entry operations. Civilian policy makers question the nation's need for this capability; they cringe at the investment ...

By Lieutenant Colonel Frank G. Hoffman, USMCR (Ret.)
When the Marine Corps capstone concept "Expeditionary Maneuver Warfare" appeared in 2001, you might easily have dismissed it as just another service white paper. The course of 2003, however, underscored ...

What We Can Learn from Jackie Fisher

By Lieutenant Colonel Frank Hoffman, U.S. Marine Corps Reserve (Retired)
The architects of the naval transformation in progress today could learn much by studying a similar transformation of a century ago in Great Britain. Its chief orchestrator was First Sea ...

The U.S. Marine Corps in Review

By Lieutenant Colonel Frank G. Hoffman, U.S. Marine Corps Reserve (Retired)
As President George W. Bush explained in a speech at the U.S. Military Academy in June 2002, U.S. security requires a military "ready to strike at a moment's notice in ...