Skip to main content
A contingent of Marines with Sandino’s flag in Nicaragua, 1932.
U.S. Marine Corps

The Dominican Republic intervention in April 1965. Despite an amphibious landing during a chaotic civil war and the loss of 10 Navy and Marine Corps personnel, it has been continually overshadowed by the U.S. entry into Vietnam in March 1965.

The Charge at Soissons in July 1918. During the climactic moment of the Second Battle of the Marne, the Fifth Marine Regiment led the way at the turning point of World War I. Marines routinely visit Belleau Wood, but this battle six weeks later was more important. Fix Bayonets!

The defense of Iceland by the 1st Provisional Marine Brigade, August 1941 to March 1942, is a little-known and -appreciated Marine Corps action. This prewar evolution demonstrated the U.S. commitment to preventing the spread of fascism. 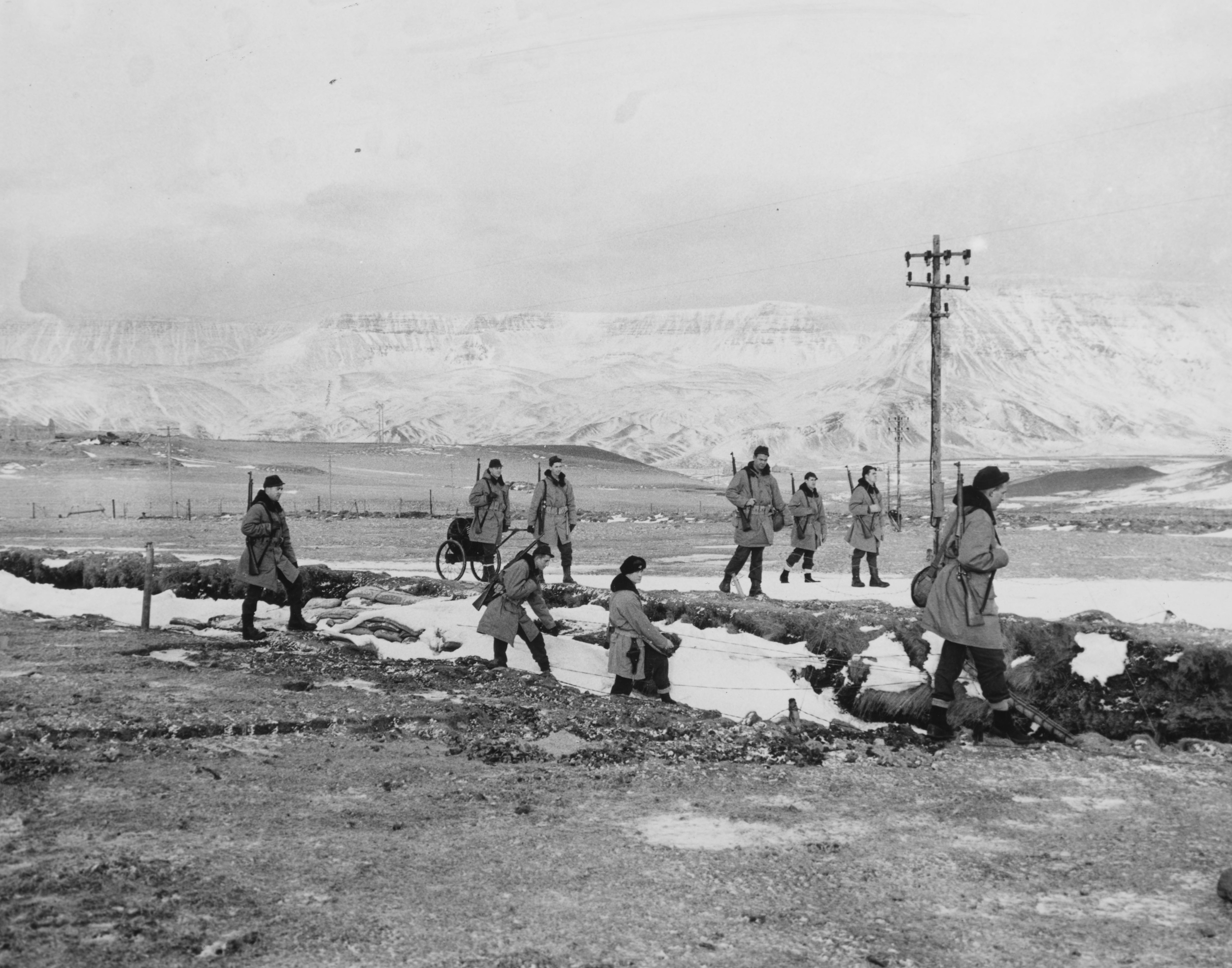 The 1899–1901 Boxer Rebellion during which 33 enlisted Marines earned the Medal of Honor, including the first of two for Private Dan Daly, who single-handedly defended a Peking wall against 200 attackers. During World War I, Sergeant Major Daly entered Marine Corps lore for leading a charge at Belleau Wood. Also wounded was the only other Marine to be awarded two Medals of Honor, then-Lieutenant Smedley Butler.

The seizure and defense of an advanced naval base at Guantanamo in 1898. For the first time, a Marine battalion operated from a dedicated transport to fulfill specialized roles and missions as an integral arm of a fleet expanding its global reach.

The U.S. occupation of Nicaragua from 1912 to 1933 is a forgotten period of Marine Corps history. My grandfather Samuel Krus is at the far left of the 1932 photo below of Marines with a captured Sandino flag.

During World War II, more than 20,000 Marines served with ship detachments on board more than 500 U.S. ships. These seagoing Marines participated in more than 40 naval battles and campaigns of the war, and more than 300 gave their lives in the defense of their country.

The Battle of Princeton in January 1777 was one of the most consequential of the American Revolution, blunting the British advances and bolstering American morale. When General George Washington called for reinforcements, a contingent of Marines arrived from Philadelphia, contributing to the victory in the Marine Corps’ first land battle.

The role of approximately 1,600 Marines in helping put down the Boxer Rebellion in China in 1900–1901. One group defended the U.S. Embassy and foreign legations while another marched to Peking (Beijing) to help break the Boxers’ grip on the city. More important, this could be considered the beginning of the end of the Chinese dynasties that had ruled that nation for nearly 4,000 years. Many of today’s problems with China stem from that intervention.

Following the assassination of Haitian President Jean Vilbrun Guillaume Sam in July 1915, U.S. President Woodrow Wilson sent Marines into Haiti to restore order and maintain political and economic stability in the Caribbean. This occupation continued until 1934—almost as long as the recent Afghanistan debacle and with a similar result.

The defense of the Pusan Perimeter. The 1st Provisional Marine Brigade reformed and deployed in a week. Undermanned, undertrained, out of shape, and with relatively few combat veterans, the brigade went into battle 48 hours after arriving in Korea—and won every battle. Then the brigade reembarked ships and its key subordinate commands landed at Inchon five days later.

The 1927–1932 Second Intervention in Nicaragua saw the Marine Corps first use aircraft for new missions, including dive bombing, close-air support, medevac, and aerial resupply, all of which were essential in World War II 15 years later.

It is unfortunate that the pre–World War II China Marines have largely faded into history. Starting with the 1899–1901 Boxer Rebellion and lasting until 1941, the Marine Corps in China helped represent the United States and connect the two countries. China service also molded some of the Marine Corps’ great leaders of World War II. The China Marines’ stories have much to teach and inspire and deserve more attention.

The defense of Toktong Pass, a narrow gorge in the Nangnim Mountains during the Korean War. First Division Marines found themselves surrounded and outnumbered by an estimated 100,000 Chinese soldiers near the Chosin Reservoir. Captain William Barber and the 234 Marines of Fox Company climbed seven miles of frozen terrain to a rocky promontory overlooking the pass. They held off an estimated 10,000 Chinese soldiers for four days to allow the 1st Division to withdraw through the pass. When relief arrived, only 60 of the original 246 Marines could still fight.

The Marine Security Force China, 1900–1941. This foreign occupation in part helped to garner support for the Communist Party of China. The nationalists were viewed as corrupt and in the service of foreign interest. It had far-reaching consequences.

One of the lesser-known Marine Corps engagements was the 1975 Mayaguez Incident at Koh Tang Island, Cambodia, in conjunction with the USS Harold E. Holt (FF-1074) providing support for the Marine Corps boarding party on board the SS Mayaguez.

The Battle of Hue City. It was tough, eye-to-eye fighting against a disciplined and much larger force. Much has been added by Nick Ware in Phase Line Green, and most recently Mark Bowden’s Hue 1968. I met many of the veterans when I commissioned the battle’s namesake in 1991.

The 1944 Marianas Campaign that saw the capture of the islands of Saipan, Tinian, and Guam, from which came the bomber fleets that dropped the highly destructive incendiary and atomic bombs which ultimately compelled the surrender of Japan. This was in fact, the decisive campaign of the Pacific Theater.

The Marine Corps during the 1899–1901 Boxer Rebellion in China. About 1,200 Marines participated and 33 won Medals of Honor. Herbert Hoover, a future president, served as a guide. It has all but been forgotten.

Operation Power Pack in the Dominican Republic. It was quickly overshadowed by the rapid buildup in Vietnam, but it prevented a Castro-like takeover. It began with the first all-helicopter night assault into an unsecured landing zone. HMM-264 inserted the 3rd Battalion, 6th Marines on 28 April 1965.

Not often mentioned is the key role played by members of the 4th Marine Regiment on Bataan. Although Marines made up only about a third of the men committed as part of a hastily organized provisional naval infantry battalion, they provided the critical leadership and example for the inexperienced sailors on Bataan. Three key Marine lieutenants—Holdredge, Hogaboom, and Simpson—were stalwarts in the battle. All three were awarded the Navy Cross for their display of valor at Longoskawayan Point.

What was the most difficult or unexpected aspect of your nuclear power program interview or training?
P Asked & Answered

What is the most distinguished U.S. Navy aircraft carrier, not counting service in World War II, and why?
P Asked & Answered

The Coast Guard has 11 statutory missions. What mission should be added and/or removed from its responsibility?