Garcia Álvarez de Toledo y Osorio reached the rank of Captain General of the Sea under Phillip II (1527–98), after a long and successful naval career. He was the first naval strategist to adopt the theory of the decisive battle. His advice to Don Juan de Austria became the basis for the battle plan for the encounter with the Ottoman fleet at the 1571 Battle of Lepanto.

Irish-Australian inventor Louis Brennan, whose 1877 design for a mechanically powered and guided torpedo revolutionized coastal defense across Commonwealth ports around the world. The torpedo is often described as the world’s first practical guided missile.

Commander First Class Jan Jacob Wichers and Admiral Johannes Cornelis van Pappelendam. In the years before World War II, when they were lieutenants, they invented a snorkle for diesel-electric submersible boats to stay underwater when charging their batteries while venting their exhaust gasses. This turned the diving boat into a submarine, which could use diesel engines to charge its batteries and stay hidden from the enemy.

On 30 March 1922, Admiral Gago Coutinho and Commander Sacadura Cabral began the first aerial crossing of the South Atlantic, arriving by seaplane in Rio de Janeiro on 17 June. They used the artificial horizon sextant developed by Admiral Coutinho, which allowed the measurement of the height of stars, regardless of the horizon, and included the course corrector, which compensated for the deviation caused by the wind. 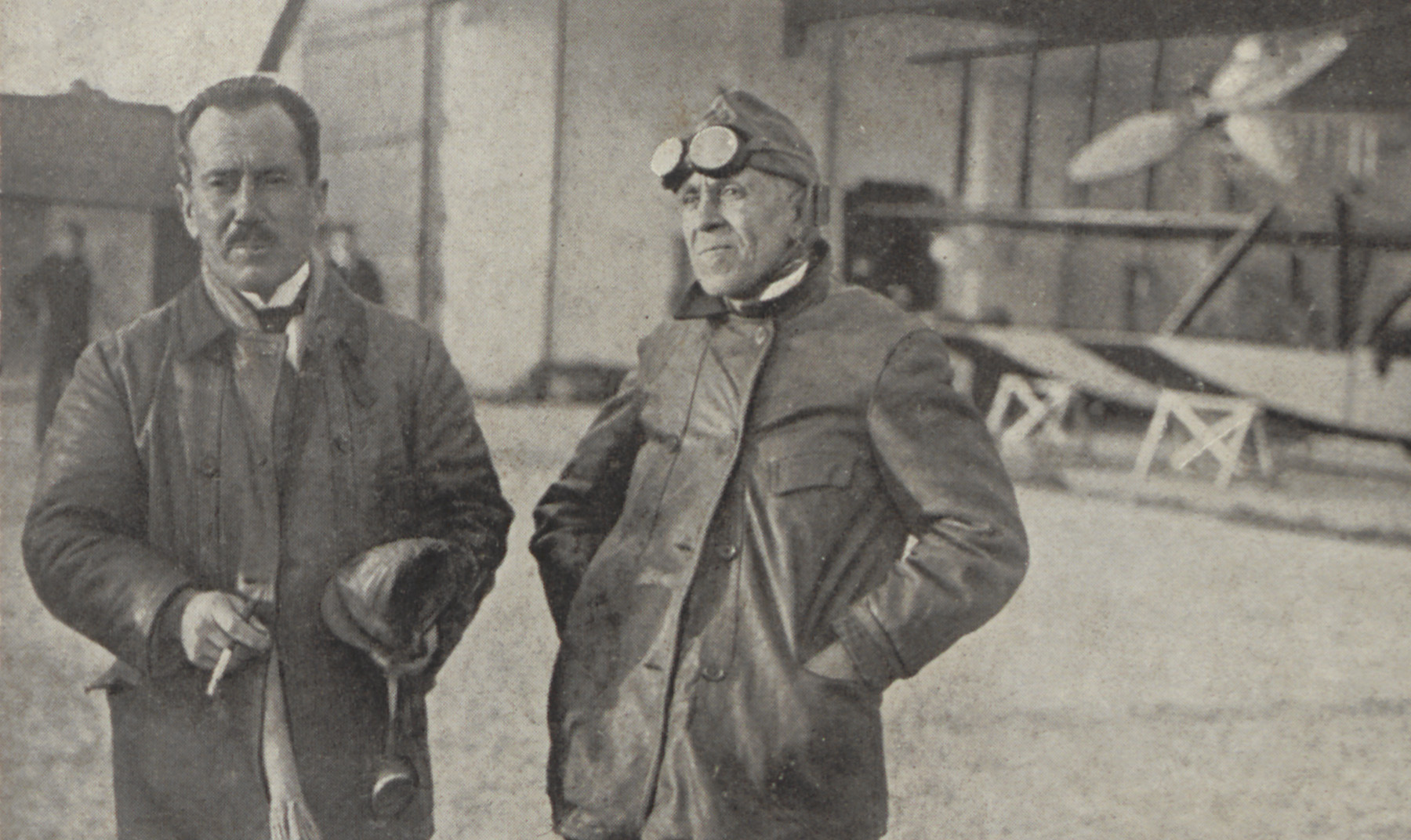 Sub-Lieutenant Raffaele Paolucci, Italian Navy, sank an Austrian battleship in its defended harbor in November 1918 and started the “frogman” tradition, which was copied by the British in World War II and, later, by the U.S. Navy underwater demolition teams, the predecessor of the SEALs.

Admirals Waldemar Feldes (Germany), Hans Spaans (Netherlands) and Rodney Rempt (United States). These admirals stood at the forefront of international cooperation in the area of integrated air and missile defense, by signing the “Arrangement on the Maritime Theater Missile Defense Cooperation Forum” on 29 April 1999. The MTMD Forum has expanded to a highly successful group of 12 like-minded navies pursuing continual innovation and interoperability in maritime missile defense.

Spanish Navy Lieutenant Isaac Peral invented the first electrically powered submarine. In 1888, he built a new submersible boat fitted with electric engines, periscope, air-purifying devices, and torpedoes. Peral invented most of the equipment himself and used it in future developments.

Dutch Admiral Maarten Tromp, first to employ “line of battle” tactics in a major fleet action, decisively defeating a Spanish fleet in the “Battle of the Downs” in October 1639 to establish control of the English Channel. Such tactics would dominate naval warfare through the Battle of Jutland in 1916.

Sir Charles Rodger Winn, a British judge and Royal Navy intelligence officer, led the Admiralty’s U-boat tracking room in World War II. He developed and executed the concept that submarine movement could be predicted. This success was then surpassed by the partnered U.S. Navy 10th Fleet and further developed during the Cold War and for U.S. Coast Guard counternarcotics operations.

The Scottish doctor James Lind revolutionized medical care at sea with his discovery that citrus fruits prevented scurvy. His discovery enabled long-distance voyages, as until that time scurvy might lay low up to 20 percent of a crew. To this day, medical innovations continue to keep sailors in the fight.

Frenchman Paul Langévin for his first equipment for echolocation of submarines (a.k.a. sonar) in 1915. His work influenced subsequent generations of sonar systems. Imagine World War II without sonar.

In the 1820s, French General Henri-Joseph Paixhans developed an exploding shell and gun to shoot the round on a relatively flat trajectory. The combination improved accuracy of fire and the devastation to the wooden hulls of that time led to ironclad and armored ships.

Major Teseo Tesei served in the Italian Navy during the 1930s and 40s. His role in designing small manned underwater vehicles and rebreathing devices set the technological foundation for modern naval special warfare. By developing combat swimmer technology, Tesei demonstrated that maritime special warfare forces could threaten capital ships, the traditional foundation of naval power. It is not surprising that the Italian Navy’s current special warfare force is named after him.

In the early 1950s, Royal Navy Captain Dennis Campbell invented the angled flight deck. The innovation allowed more rapid takeoff and recovery as well as safer operations. This was soon standard on all full-size aircraft carriers. Campbell was later promoted to rear admiral.

Pericles, the Greek politician who decided to build the ancient Athenian Navy just in time to defeat the return of the Persians at Salamis. Perhaps he is not unrecognized, but then again references to him are uncommon. His contemporary Thucydides is more often quoted.

Royal Netherlands Navy Commander Joep de Boer. He was the founder and first commanding officer of the Dutch military organization to develop and program combat management systems for the Royal Netherlands Navy. In 1967, the Centre for the Automation of Weapon and Command Systems was established. The urgency for developing an automated data-processing system originated from the simultaneous development of the first (mechanical) 3D radar. After more than 55 years, the Maritime IT Department still develops its own family of combat management systems for many Royal Netherlands Navy ship classes, shore facilities, trainers and simulators, and the Coast Guard.

In 1800, Robert Fulton designed and built the first submarine, named Nautilus, and fitted it with his mine weapon. In 1807, he demonstrated the first commercially successful steam-powered boat in America. He also designed the Navy’s first steam-powered ship, the Demologos, completed in 1815 and then renamed Fulton.

The iconic Korean Admiral Yi-Sun-Sin. At the battle of Myeongnyang in 1597, Yi, with only a remnant of the Joseon fleet, defeated a Japanese fleet that was more than 10 times the 13 ships he had. Yi’s squadron was well prepared and well led, and he choose the site of the battle well.

The English carpenter and clockmaker John Harrison, inventor of the marine chronometer. Until this was achieved, determining longitude while at sea was nearly impossible, which resulted in many maritime disasters.

Our readers answer, what innovation or asset should the naval services prioritize for future expeditionary warfare?
P Asked & Answered

Which U.S. congressional representative or senator had the greatest positive impact on the Navy, Marine Corps, and/or Coast Guard and why?
P Asked & Answered

Reader answers on which 20th-century naval leader would today be considered a great information warfare visionary or thinker?