Our readers answer: What was your worst “close call” as an aircraft pilot or crew member?
Proceedings
Vol. 146/9/1,411
Asked & Answered
View Issue
Comments

I almost hit a glider on a low-level navigation route in Georgia in an A-7 Corsair. I could see the old guy in back and the kid in a striped tee shirt in front. I slammed the stick forward and then jerked back to avoid the ground.

In 2015, we were flying in an MH-60R Seahawk helicopter at night to the back of the cruiser USS Anzio (CG-68). The junior pilot clipped one of the main mounts inside of the recovering securing device and almost caused a dynamic rollover into the ocean. Remember, wave-offs are free.

On board the USS Coral Sea (CV-43) in the Indian Ocean in 1982, taxiing out under yellow-shirt control, an F-4N Phantom’s stabilator sliced through the full drop tank on our A-6E Intruder’s outboard external store station. Directed to stop, the Phantom’s hot exhaust now blew fuel all over our aircraft until the Air Boss’s timely radio call got him moving again. Ever since that day, I have been thankful for the high flash point of JP-5 aviation fuel.

I came within 120 feet of hitting the water in a F/A-18C Hornet. My lead was bringing us in for a carrier break at just over 600 knots. When it was my turn, the flight control computer failed as I banked left, entering “mech reversion.” The aircraft overbanked uncontrollably as I headed for the drink. I scooped it out just in time, climbing to a safe altitude before diverting safely to Charleston, South Carolina.

Giving an SH-3H Sea King helicopter check ride, we inadvertently entered Vortex Ring State—an uncontrollable condition analogous to a flat spin and divergent in that the more power you add, the faster you descend! As we free-fell vertically from 500 feet, I executed the recovery—there is but one chance to escape and it could never be practiced. We bottomed out 30 feet above the ocean.

In September 1963, during a rare winter storm in Southern California, Los Angeles International Airport (LAX) was landing to the east. Our C-130 flight from North Island to San Francisco, climbing at 20,000 feet over LAX, overlapped wings with a Western Airlines 720 inbound from Las Vegas circling to the west for landing. Radar approach control El Toro made a controller error. Too close.

I was a TOPGUN instructor radar intercept officer in an F-5F Tiger, fighting an adversary pilot in a TA-4 Skyhawk. We got slow and my pilot called, “47 is ballistic” over the radio, to say we had limited maneuverability, but the TA-4 kept coming straight at us. He passed so close under us that I reflexively lifted my boots so his tail would not hit them. 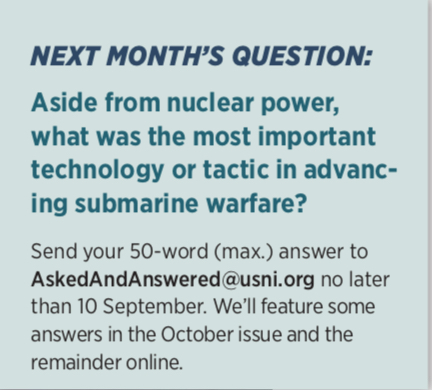 As maintenance officer of an A-7 Corsair II squadron, hanging around the Ready Room, Maintenance Control calls and says 405 is ready for maintenance check flight, jet is on hangar deck ready to go to roof, need to hustle to make next launch. I am the first pilot to get to the jet. To ensure it gets to the roof in time, I abbreviate my preflight inspection, jump into the cockpit, and strap in. Soon, the commanding officer, executive officer, maintenance master chief, and a few yellow shirts materialize by the side of the jet, laughing and pointing at me. 405 has no engine.

In 1982 in an A-6 Intruder on board the USS Coral Sea (CV-43) in the Sea of Japan. I was the bombardier/navigator and we manned up in a blinding snowstorm and could not see the bow sitting on the catapult. They launched the event anyway and we spent 2.5 hours in marshal. There were no tankers, spares, or bingos. We landed on the third pass grabbing the three wire. We would have had one, maybe two more tries before we were swimming in very cold water.

Seeing the radar altimeter dropping through 25 feet in my SH-2F Seasprite while we were investigating a strobe light in the water, after a man overboard was reported by an aircraft carrier on a very dark night in the Gulf of Alaska in 1989.

The nose landing gear separated from our A-6 Intruder during a catapult shot onboard the USS Nimitz (CVN-68) in May 1986. After a wild ride, and thanks to the cat-like reflexes of the pilot, we came to a stop only inches from the deck edge.

As a lieutenant (junior grade) in 1967, I led a flight of 4 TS-2B Trackers from Naval Air Station Pensacola’s Forrest Sherman Field to Eglin Air Force Base. After breaking, I noticed the LSO running hard for the Fresnel Lens at the edge of the field. Turning onto the final approach, the LSO said, “Wave off, but stay low while passing, I want to look at your landing gear.” The remainder of the flight went above the field into orbit. As I passed by, scoping the plane with field glasses, the LSO said, “Your front gear is cocked. Rather than send you back to Pensacola where they will direct you into an unending stream of questions and paperwork, I want you to land here. But, I want you to plant that mainmount right on the very edge of the field, not short in the grass, not long down the field. Right on the edge.” After the third attempt, touching down on the edge of the tarmac, a chant began in my headset: “Don’t punch out; don’t punch out, stay with the aircraft. Aerodynamic braking down the field; hold the nose up. Crack the canopy switch; hold the nose up.” When the plane quit flying and the nose descended, the front gear collapsed and I rode it out, feeling like I was inside a washing machine. The plane halted the skid near the end of the runway, I smashed the quick release and hauled out of the cockpit, jumping to my left into the grass.

Our readers answer: What was the most unjust maritime court-martial in history?
P Asked & Answered

What fictional Sea Service character would you have most liked to serve with or for?