Skip to main content
By adopting International Maritime Organization and Coast Guard training standards and curriculum followed by merchant mariners, the Navy could ensure its surface warfare officers have the navigation and seamanship knowledge they need to operate safely and effectively.
Shutterstock (Denys Yelmanov)

The surface warfare community is suffering from an insufficient knowledge base in seamanship, shiphandling, and navigation. To move forward, the Navy needs to revamp its training regime. One way to do that is to align training with International Maritime Organization (IMO)/U.S. Coast Guard training and certifications for merchant mariners. Coast Guard/IMO–approved officer in charge of a navigational watch and management-level training would give surface warfare officers the fundamentals in navigation and seamanship they need to run a ship more effectively.

To understand maritime training, it is important to start by looking at the training regimes of some near peers. The Royal Navy, Royal Australian Navy (RAN), National Oceanic and Atmospheric Administration (NOAA) Commissioned Officer Corps, and U.S. Army each has its own unique training program; however, they share the common core of basic seamanship, navigation, and ship-handling based on IMO standards. Officers in the Royal Navy complete 84 weeks of training before receiving their Standards of Training, Certification, and Watchkeeping for Seafarers (STCW) navigational watch certificates and logbooks. Officers in the Royal Australian Navy complete 105 weeks of approved training before being issued a navigation watch certificate and another 25 weeks of training to earn their bridge warfare certificate. The officers then report to their first ships. The Australian Maritime Safety Authority has approved RAN Seaman Officer competencies and training for the award of STCW officer qualifications after officers pass bridge watch officer training.

Upon completion of the course all NOAA officers receive a Coast Guard able bodied seaman limited endorsement and all applicable STCW certificates. NOAA also offers a B school for mid-grade officers and a C school for senior officers prior to command. B School is approximately two weeks of Coast Guard–approved seamanship and navigation courses. C School is a three-day navigation and shiphandling refresher for executive and commanding officers.

The U.S. Army currently operates a fleet of 118 watercraft crewed by soldiers and warrant officers. The Army watercraft training division is the only military organization whose graduates can earn a Coast Guard merchant mariners credential with no additional testing. Most Army mariner courses are U.S. Coast Guard approved. The Army Marine Deck Officer Basic Course is 31 weeks and is offered to newly appointed warrant officers. It includes 165 hours of common marine subjects, 93 hours of deck seamanship, 77 hours of watch standing, 137 hours of piloting, 114 hours of collision avoidance, 26 hours of electronic navigation, 160 hours of shiphandling, 131 hours of celestial navigation, 176 hours of performance testing of piloting and celestial navigation, and 40 hours of bridge resource management. A 16-week Marine Deck Officer Advanced Course is offered to senior warrant officers as they move on to command larger watercraft, to refresh and upgrade their shiphandling, navigation, and seamanship skills.

A New Training Regime for the Navy

Newly commissioned Navy surface warfare officers would receive approved training at the operational level, to ensure they are competent to carry out watchkeeping duties as an officer in charge of a navigational watch. An operational course of 560 hours would include the following:

• 120 hours of terrestrial and coast navigation.

• 80 hours of watchkeeping, including voyage planning, Rules of the Road, marine communications, and bridge team procedures.

• 40 hours on stability and trim, to provide officers with the detailed knowledge related to stability and ship construction at the operational level.

• 40 hours of basic shiphandling related to navigation at the operational level.

• 40 hours on the Electronic Chart and Display and Information System (ECDIS).

Prior to assuming command or serving as executive officer on board a ship, most senior Navy officers have had extensive time away from sea. These officers should receive additional training that models the STCW chief/masters course. This management-level course would run 280 hours and would include:

The STCW ensures mariners have the practical skills, competencies, and theoretical knowledge to operate safely. Unfortunately, despite some reforms, surface warfare officers are still not receiving comparable maritime foundation training prior to arriving in the fleet, which has contributed to shortcomings and accidents. The Navy should completely revamp its surface warfare officer training focusing on the basics of seamanship and navigation based on STCW standards. As an organization that embraces education, the Navy should seek the same for its ship drivers. Commercial standards not only would ensure that the Navy continues to be the best operational navy in the world, but also that it meets a recognized and vetted training regime. 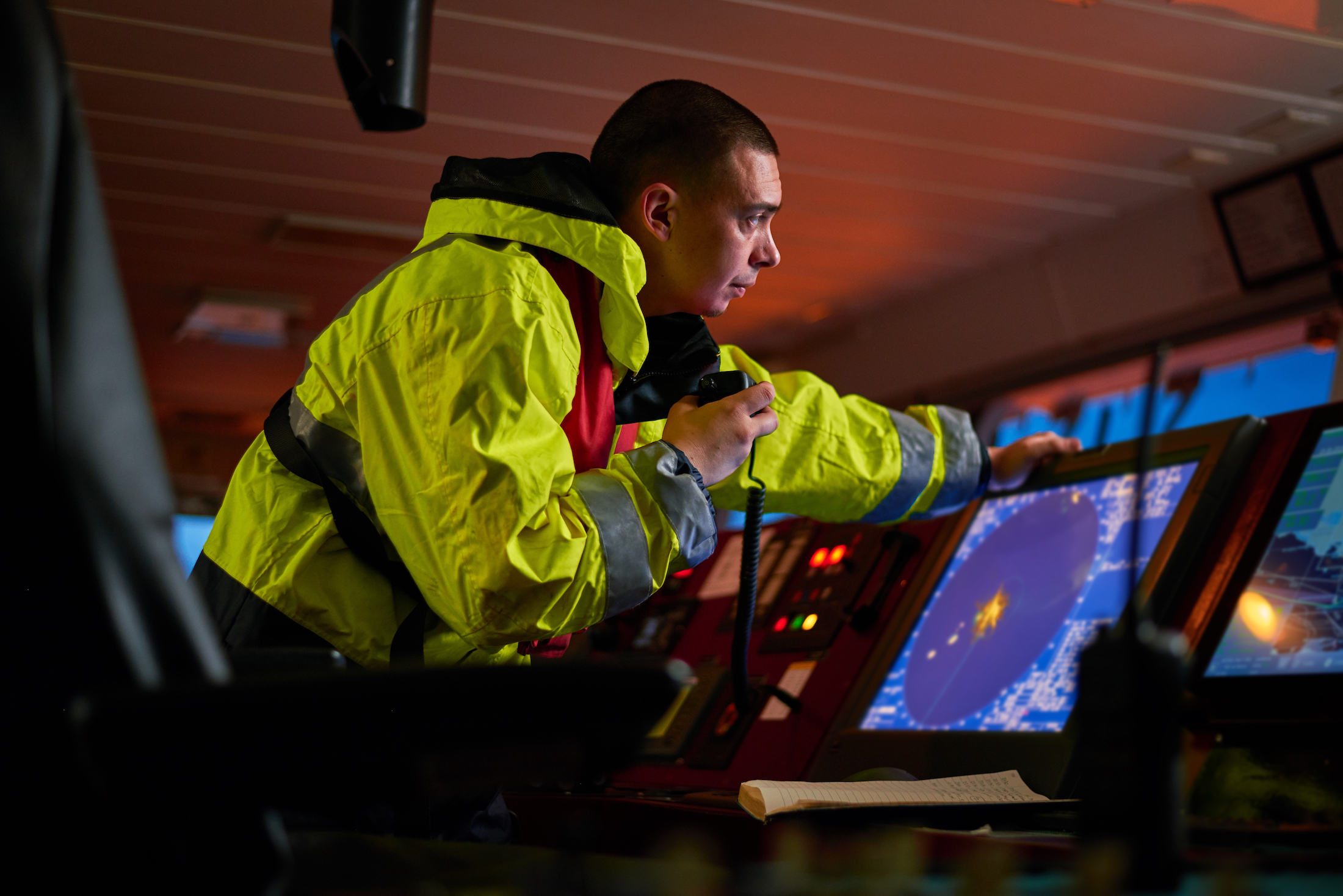 Lieutenant Commander Schwartzstein serves in the Naval Reserve Strategic Sealift Officer Program and is a member of the Harbor Pilot Detachment. Currently a Maryland pilot, he spent four years on active duty in the Army as a warrant officer sailing on Army watercraft and sailed for ten years in the Merchant Marine as both chief mate and first assistant engineer. He currently holds a U.S. Coast Guard Merchant Mariners Credential as Master Any Gross Tons Oceans, First Assistant Engineer of Steam, Motor and Gas Turbine Vessels Any Horsepower, and a First Class Pilot’s License for the Chesapeake Bay, C&D Canal, and Potomac River and its tributaries. A 1996 dual license graduate of the U.S. Merchant Marine Academy, he holds a bachelor of science in marine transportation and marine engineering and a master of science in marine transportation and engineering management from California State University Maritime Academy.