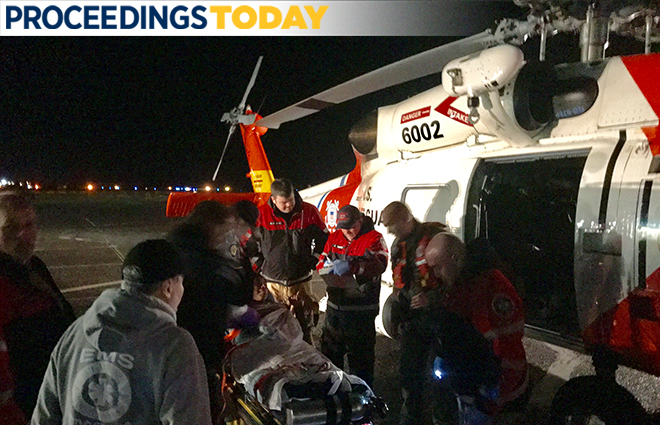 (A Coast Guard helicopter crew delivers an injured woman to a Warrenton, Oregon, EMS team for transport to a hospital in 2018. U.S. Coast Guard photo.)

Today, with the government shutdown in its third week, it is beyond troubling that Coast Guard men and women are being unnecessarily subjected to financial hardship while enduring the operational, mission-related circumstances that are accepted as part of their compact with their country.

These are the Americans who flew over the rooftops of New Orleans during Hurricane Katrina, saving thousands from flooded homes. These are the men and women who were the first ashore in Haiti after the earthquake, rendering aid, treating wounds, and delivering children in unsanitary, primitive conditions. These are the heroes who mobilized to respond to the worst marine environmental disaster in the nation’s history. These are the selfless service men and women who provided medical support to other Department of Homeland Security agencies to screen incoming airline passengers during the Ebola crisis and today are supporting the Department on the southwest border. These are the people who stand search-and-rescue watch and patrol our coastal waters and the Arabian Gulf. And these are the Americans who have accompanied the remains of my friends and colleagues to their final resting place in Arlington Cemetery, rendering honors and exercising the manners of our profession.

I am the son of a Coast Guard Chief Petty Officer and brother of a Coast Guard spouse. Our family’s life has revolved around the service my parents revered. A part of the “Greatest Generation”, they emerged from the depression and World War II to raise a family that moved frequently and fearlessly. They were tough and resilient.

I will turn 70 shortly and have had 47 addresses in my life. And while my parents and later my wife and I treated each new transfer as an adventure, there were tests and challenges.  In the early 1950s my father got a no-notice transfer from Mobile, Alabama to Ketchikan, Alaska after it became clear our family was not a good fit in the segregated South. My father left immediately but it took our family months to catch up. We arrived in Ketchikan from a nearby island that had an airport, making the final leg by Coast Guard small boat with our luggage.  Despite these and other challenges my mother and father believed until the day they died that the Coast Guard was the best thing that ever happened to our family.

Even with the arduous move to Ketchikan, they believed Alaska was the best place we ever lived. Our family was close even though my father deployed extensively on a large buoy tender as far as the Bering Sea. It wasn’t always easy. Before modern pay systems, direct deposit and allotments, service members were often paid in cash while at sea where they had no access to banks or the ability to send money to dependents. Families had to carefully plan around deployments. 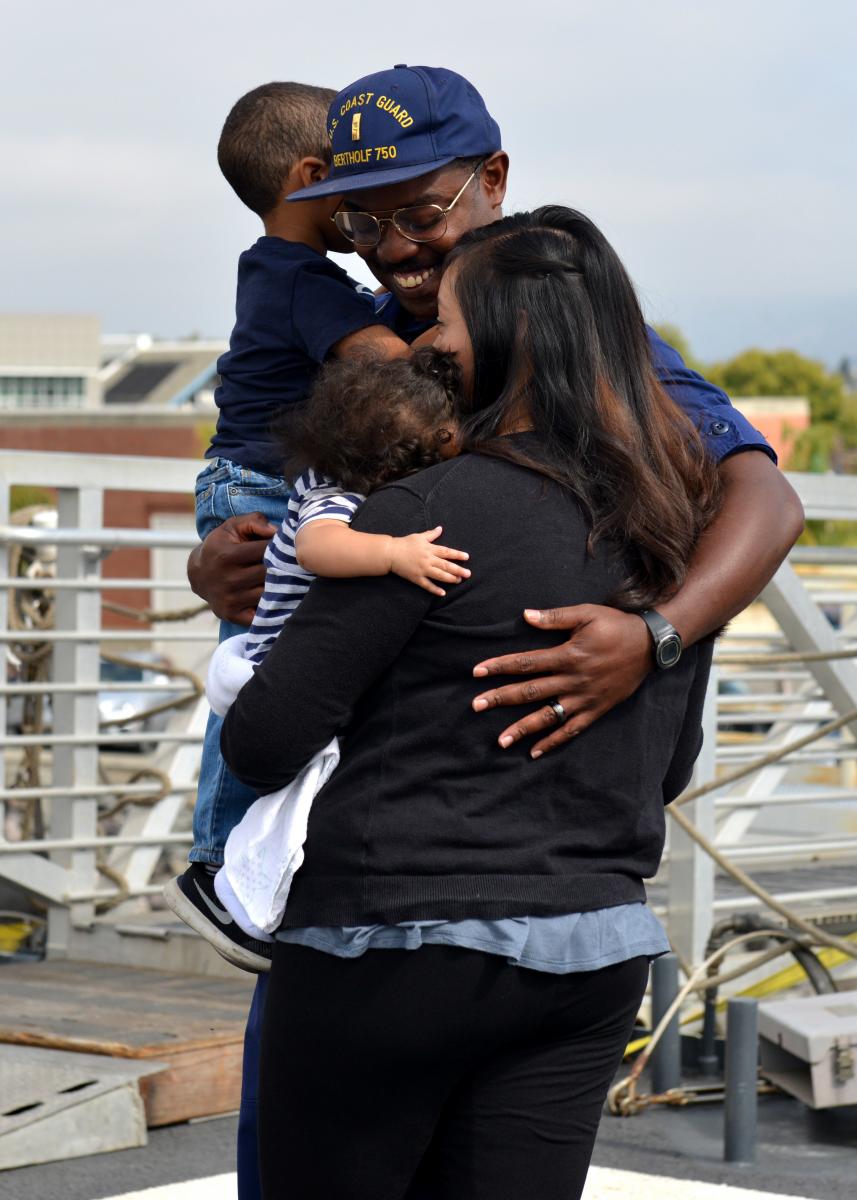 In those times my mother had her priorities—food and rent came first and you dealt with other needs as you could. That said, the single most searing memory of my childhood, even more than the experience in Mobile, was watching my mother cope with my father’s unanticipated extended absence and little cash. My brother, sister, and I had been given banks for Christmas by family friends. They came locked and could only be opened at the bank where our saved change was then deposited to our savings accounts. One day during my Dad’s extended absence, we found our mother in the kitchen crying with a hammer and screw driver trying to open the banks, so we would have milk money for our lunches we took to school. Not even that experience dampened her love for my father and the Coast Guard, but it is an experience I have never forgotten.

In the years that followed we faced other financial challenges. We had transfers during difficult housing markets, forcing decisions on whether to endure a long family separation, risk a short sale, or managing a rental across a continent. In each case we persevered. Pay systems gradually evolved from cash payments to checks, then to allotment checks to dependents, then to direct deposit and modern ATM and automated payment options. We now have on-line self-service for most pay actions. However, the starting point is getting paid.

Coast Guard men and women have always served a cause greater than themselves based on the service’s core values of honor, respect, and devotion to duty. Honor is the compact you make with yourself and how you will demonstrate your character by your behavior. Respect is the compact you make with those around you—your family, community, fellow service members, and citizens. Devotion to duty is the compact you make with your country when you agree to become a member of the Coast Guard’s “Long Blue Line.”  You take an oath to support and defend the Constitution of the United States and subject yourself to the Uniform Code of Military Justice—a higher standard than that demanded of your fellow citizens, but willingly accepted.

I am often asked what was the hardest thing I ever had to do as Commandant of the Coast Guard. No answer comes a close second. It is handing the American flag to the survivor of one of our heroes or telling a family we were unable to save their loved one. Hard tasks, for sure, but ones we accept with gratitude that we are able to honor our shipmates and those we serve. That is our compact with ourselves, those around us, and our country. 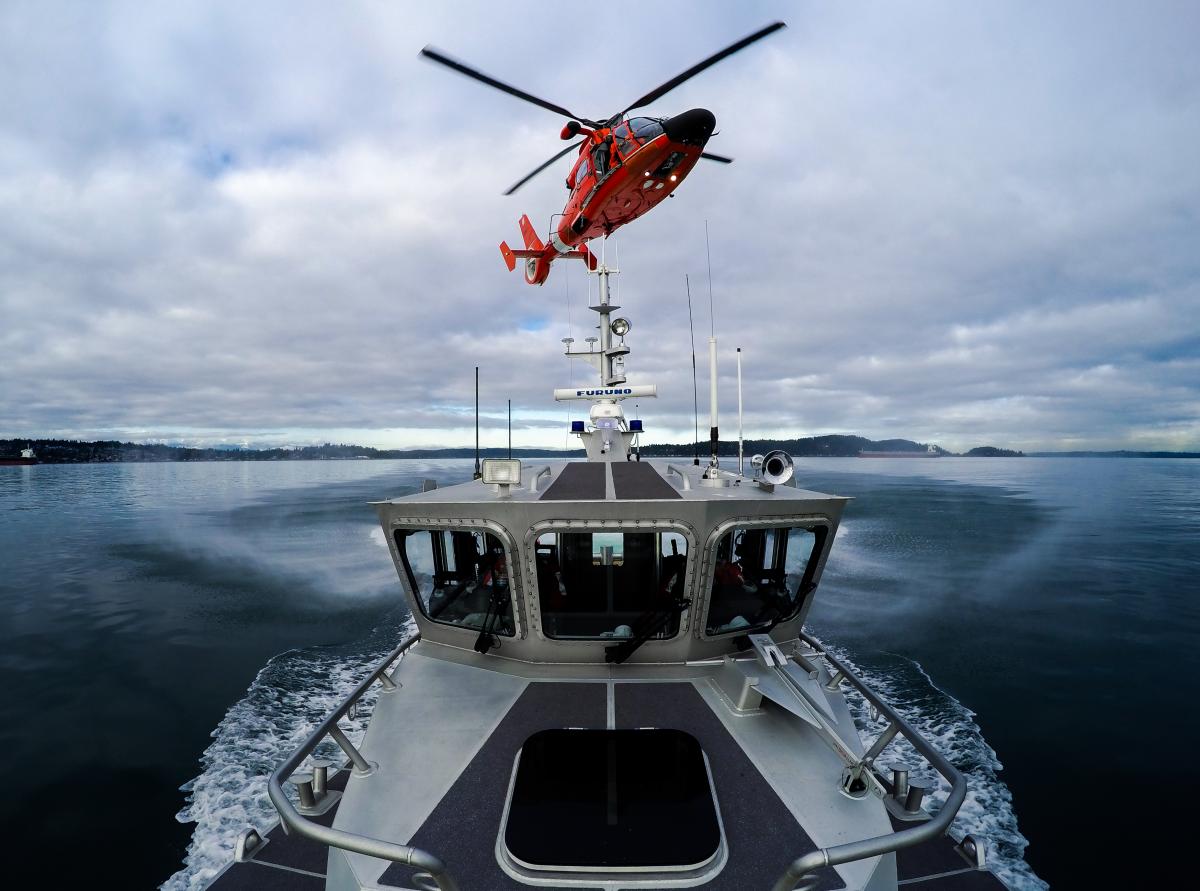 The responsibility of the government to our citizens and those who serve the nation is equally clear and unambiguous. It begins with “We the people” and sets clear guidance …  “establish Justice, insure domestic Tranquility, provide for the common defense, promote the general Welfare.”  “We the people” means Americans, all Americans.  It does not distinguish between political affiliation, race, gender, sexual orientation, income level, geographic home, employer, or any other means by which citizens are often categorized or minoritized in this country.

I never believed it would be necessary to remind the leaders of all branches of government of their constitutional responsibilities, but it appears they have subordinated the “general welfare” of their fellow citizens to parochial interests. While this political theater ensues, there are junior Coast Guard petty officers, with families, who are already compensated at levels below the national poverty level, who will not be paid during this government shutdown. There is no reasonable answer as to why these families have to endure this hardship in the absence of a national emergency.  These leaders should ponder how they would tell a spouse at Arlington that his or her survivor benefits might be at risk—again, for no reason. I’m glad my mother and father are not alive to see it.

Admiral Allen gave an interview on this topic on 9 January 2019 on National Public Radio.

Admiral Allen served as the 23rd Commandant of the U.S. Coast Guard.