Rushing Navy Ships into the Arctic for a FONOP is Dangerous 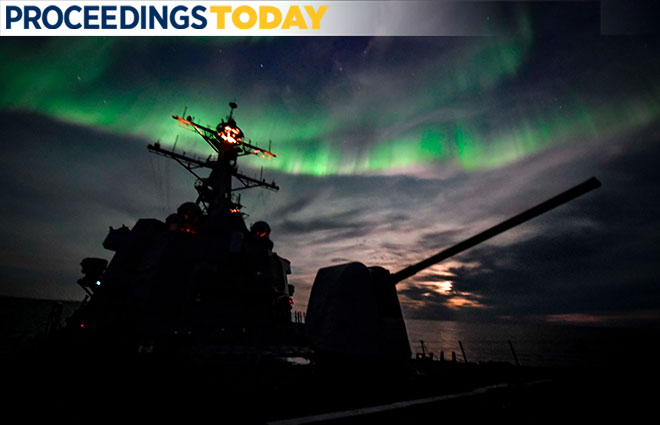 While the warming Arctic promises to open dramatic new possibilities for shipping and commerce, plans for Arctic operations recently discussed by U.S. Navy leaders are premature and potentially dangerous.

Speaking at the Center for a New American Security (CNAS) on 8 January, Secretary of the Navy Richard Spencer stated that he had discussed Navy ship operations in the Arctic with the Chief of Naval Operations (CNO). Secretary Spencer was quoted as saying:

“As an example, this summer, the [CNO] and I have talked about having some ships make the transit in the Arctic. It’s going to be a multiservice task—I think you’ll see the Coast Guard involved. We’re just fleshing it out right now. But what is the purpose of that? We have to learn what it’s like to operate in that environment. . . . freedom of navigation should be plied up there. We’re going to try to do it.”

In a follow-up interview published in the Wall Street Journal on 12 January, Secretary Spencer expanded on his CNAS remarks: “A Navy warship will sail through Arctic waters in coming months on what is known as a freedom of navigation operation, or FONOP, said Navy Secretary Richard Spencer.” Spencer also discussed plans to “station resources” at the defunct military base in Adak, Alaska, possibly including surface ships and P-8A aircraft.

Within these stories are three different ideas: first, that the Navy is interested in expanding its physical presence in Alaska, through returning to Adak and/or a port on the Bering Strait (Nome has been discussed for years); second, that Navy personnel need to regain operational familiarity with the Arctic environment; and third, that the Navy appears to be considering a freedom of navigation operation (FONOP) in the Arctic for summer 2019.

The first two ideas are unremarkable. Given the dearth of infrastructure and the challenging environment, both improved facilities and practical learning opportunities are required to ensure Navy vessels and aircraft operate safely and effectively.

The third idea—conducting a FONOP in the Arctic in just a few months—is a bombshell.

There are two basic options for a FONOP in the Arctic: testing Canada’s claims regarding the Northwest Passage (NWP), or testing Russia’s claims in the Northern Sea Route (NSR). The Canadian and Russian claims are broadly similar: both claim these passages are internal waters, and in particular, point to Article 234 of the U.N. Convention on the Law of the Sea (UNCLOS), which permits coastal states to exercise extra precautionary management over ice-covered waters. (For more detail on Canadian and Russian claims, see James Kraska, Ocean Development and International Law 38, no. 7, The Arctic Review on Law and Politics 4, no. 1, and Development and International Law 46, no. 3.) 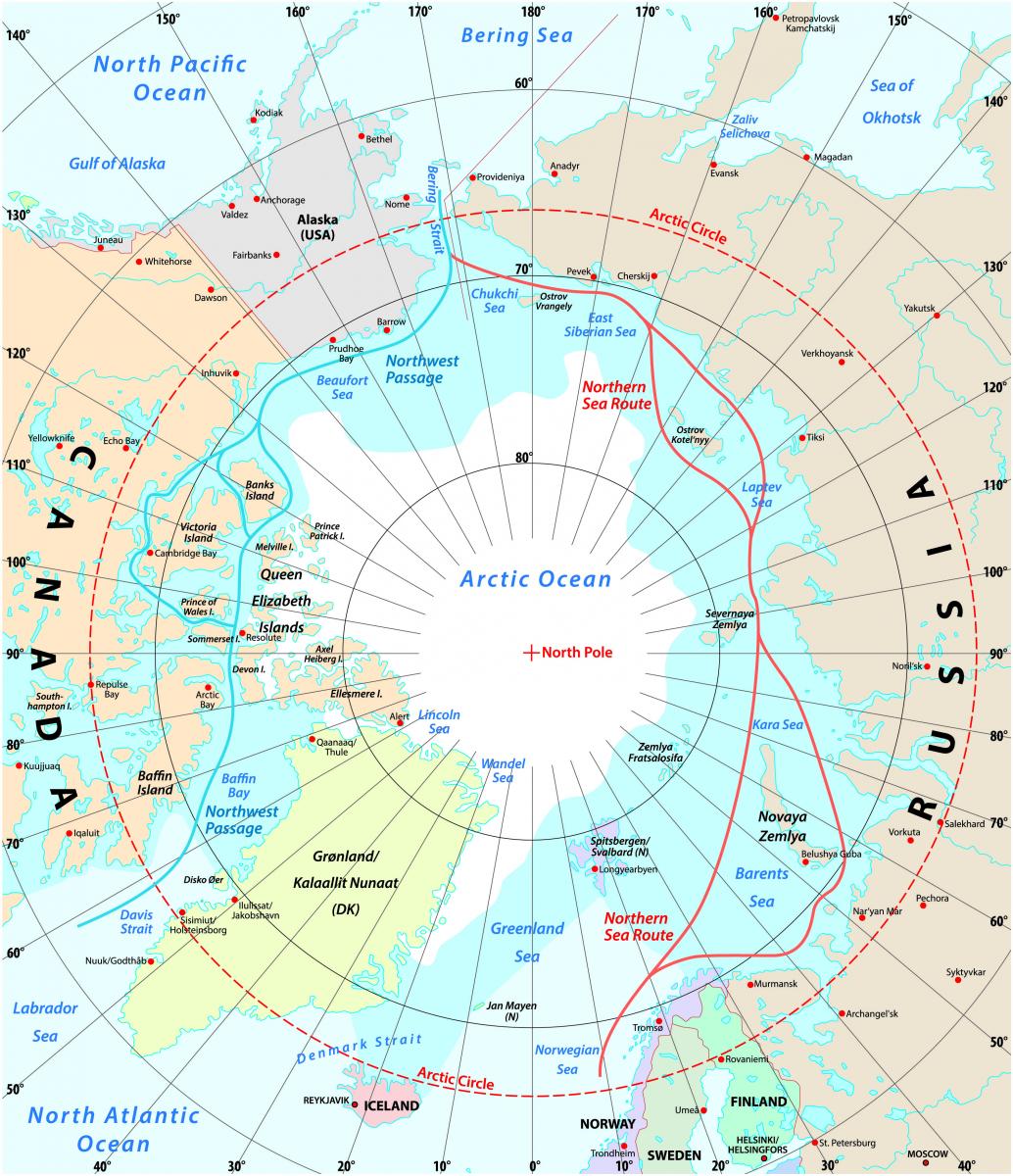 The United States has not challenged Canadian or Russian claims through FONOPs (as opposed to statements) in a long time. With an interim working solution in place for Canada, there has been little desire to aggravate a close ally. In 1988, the U.S. government pledged that “all navigation by U.S. icebreakers within waters claimed by Canada to be internal will be undertaken with the consent of the Government of Canada.” This has worked out through the Canadians granting permission on notification by the United States of a planned transit. The U.S. Navy has used a similar formula in transiting other straits.

Unsurprisingly, the United States has been somewhat more aggressive in challenging Russian claims regarding the NSR. During the early days of the Cold War, U.S. Coast Guard icebreakers conducted several scientific missions to demonstrate freedom of navigation through straits claimed by the Soviet Union—although these missions occurred before the days of the U.N. Convention on the Law of the Sea (UNCLOS). In 1965 and 1967, however, the Soviets successfully forced the icebreakers to turn back rather than transit through Vilkitsky Strait, which connects the Kara and Laptev seas through the Severnaya Zemlya archipelago. Using Soviet Navy ships and planes, as well as strong diplomatic pressure, Moscow succeeded in getting Washington to back down at the last moment. Since then, the United States has not conducted surface FONOPs through the NSR. While U.S. submarines have likely transited the straits in contravention of Russian claims, these transits have been unpublicized and do not contribute to the U.S. legal position that the passages are international straits.

Using Navy ships, with or without Coast Guard icebreaker escort, to conduct FONOPs in either the Northwest Passage or Northern Sea Route is unwise at present.

Such a transit will be extremely hazardous and there is a significant chance of national embarrassment if Navy vessels encounter ice hazards. Neither of the two functioning USCG icebreakers is fully reliable (one likely will be in drydock this summer), and with no effective backup, the possibility of an unplanned crisis—for which Canadian or Russian help would be the only solution—is a risk. Without icebreaker escort, the risks of an embarrassing incident escalate. As the problems associated with the 2018 Trident Juncture exercise demonstrate, there are significant operational hazards in the northern environment. In 1972, a RAND report noted the lack of U.S. icebreaking capacity, and observed that this inadequacy rendered FONOPs in the NSR unacceptably risky: “If an American icebreaker were to get stuck in heavy ice during such a traverse attempt, the United States would be in the embarrassing position of having almost no choice but to ask the Soviets to free it.” Forty-seven years later, the United States remains in the same position. Until the Coast Guard has enough icebreaker capability to ensure U.S. assets could mount a satisfactory response to any incident during transit, transit should not be risked. While Arctic sea ice is in precipitous decline, significant variability in ice conditions remains, and accidents are regular occurrences.

Meanwhile, a FONOP through the Northwest Passage would place significant strain on a close U.S. ally—one with whom the United States has fallen out over

NAFTA renegotiations in recent years. A FONOP also would threaten the ongoing cooperation in the Arcticbetween the U.S. and Canadian coast guards, which included a non-FONOP transit by the Coast Guard’s MAPLE cutter, planned in close coordination with the Canadians. An assertive FONOP by the Navy would undo the careful balance that has been maintained for many years, and risk undermining cooperation that is now more important than ever.

It seems more likely the Navy is mulling a FONOP through the NSR, perhaps as retaliation for the recent Kerch Strait incident in which Russia barred Ukrainian Navy passage through a strategic strait. A FONOP through the Northern Sea Route might appear to be a chance to poke the bear in retaliation. However, there is nothing proportionate about this. The NSR, and the Arctic more broadly, is one of Russia’s core interests. Rather than poking the bear, a FONOP through the NSR would be more akin to crawling into the bear’s den and kidnapping one of her cubs. Challenging Russia in the NSR is perhaps one of the strongest provocative legal actions Washington could use to throw down a gauntlet at Moscow. It is hard to see how this level of provocation is justified by the present circumstances.

In the 1960s, at a time of high U.S.-USSR tension (the Cuban Missile Crisis was still fresh), the Soviets called the American bluff not once, but twice. It is not hard to imagine how an unintended conflict could be triggered through one slip or accident. In the Arctic, accidents happen all too often. And if the Russians again block the strait, what then? Is the United States prepared to fire on them? Or turn back? Which is more mortifying—the prospect of a U.S. Navy ship calling a Russian icebreaker for help, or turning around after being blocked by a Russian warship? Both scenarios are very real possibilities.

The U.S. Navy should think twice before sending ships on an unwise and provocative Arctic FONOP transit of questionable value. Continuing to gain operational familiarity, perhaps through joint exercises with the Danish Navy east and north of Greenland, would advance practical Navy objectives without dialing up tension in the Arctic. FONOPs are needed elsewhere, and the Navy’s resources are both scarce and valuable. It would be wise to put the Arctic transit back on ice.

Dr. Pincus is an assistant professor in the Strategic and Operational Research Department at the US Naval War College. The opinions and arguments presented here are her own, and do not reflect the policy or position of the NWC or the DoD. .