Now Hear This—Coast Guard on the Crest of Climate Change 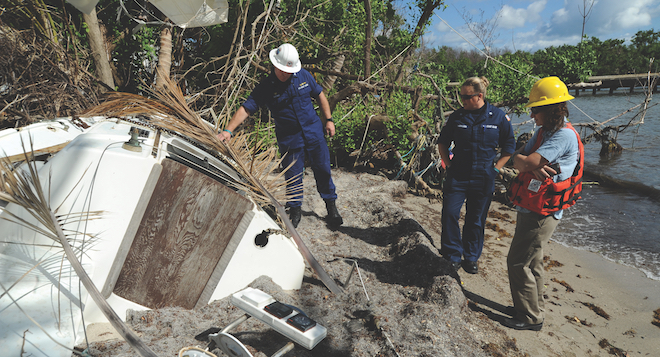 As hurricanes increase in intensity, the demand for Coast Guard abilities is growing. With resources stretched thin, handling response operations in addition to safety and protection missions is difficult. (U.S. Coast Guard/Lisa Ferdinando)

When Hurricane Maria hit Puerto Rico on 24 September 2017, it devastated the island’s power grid, leaving citizens without electricity for months. Resources became scarce, and prices for basic commodities skyrocketed. But Maria was just one of three major hurricanes to make landfall in the United States in the summer of 2017; Hurricane Harvey plowed through Texas, and Irma deluged the Caribbean and southeastern states. While the causality of climate change is widely debated, the 2017 hurricane season serves as growing evidence of the earth’s shifting climate.