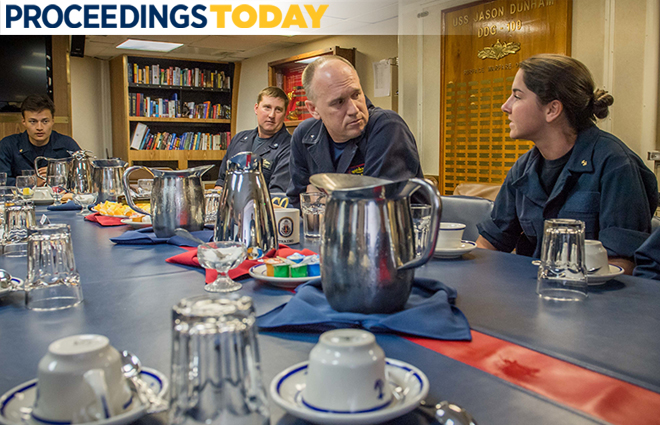 In a recent assessment of the National Defense Strategy, the National Defense Strategy Commission defined the nation’s state of readiness as a “crisis of national security for the United States—what some leading voices in the U.S. national security community have termed an emergency.” They cited numerous reasons for our strategic anemia ranging from the problematic acquisition process to political dysfunction manifested in the effects of the Budget Control Act of 2011. For the Navy to address these systemic and programmatic issues, it must first address the cultural belief that voicing dissent is career suicide.

Admiral Hyman G. Rickover defined this cultural issue decades ago: “Unpleasant facts are unwelcome and no one builds statues to critics.” He goes on to describe the ancient Locrians' approach to free speech, in which every citizen was permitted to voice his opinion, but on the condition that “a rope was placed around his neck before he began to speak and if what he said did not meet public approval, he was forthwith hanged.” Rickover continues, “That, no doubt, prevented disturbing even the tenor of familiar customs and ways of life. I have encountered some in the Navy who look with nostalgia on this ancient custom.”

We argue that while there are numerous systemic issues affecting the Navy’s lethality, the reticence of officers to voice concerns to their superiors presents the biggest threat. This reluctance stems from the culture of fear that Admiral Rickover discussed many years ago. Junior officers believe that a dissenter will be either ignored or punished for speaking up. This longstanding view is well documented in the pages of Proceedings, among other places. (See here, here, and here for just a few examples from the past two decades.)

This culture plays itself out daily in ships across the fleet. But there exists no time or place in wardrooms for junior officers to have open, critical discussion with leaders—or at least to do so without taking perceived risks to evaluations, rankings, and overall effectiveness amongst peers and superiors. No one wants to kill his or her career.

To fix this issue, leaders must create an environment that discourages groupthink and encourages open and honest discourse. All of us must be willing to accept the very normal notion that people can disagree on something and still complete missions and tasks as assigned. People voice dissent because they are invested in the future of the organization—opinions govern that investment.

We are both surface warfare officers, separated by nearly two decades of experience. We do not agree on the specifics of how to fix many of the Navy’s problems, but we do value each other’s opinions.

For example, one of us—the lieutenant—believes the current surface warfare board qualification process is dated and dangerously lacks standardization throughout the fleet. The Navy cannot expect junior officers to perform at the highest levels at sea without a consistent understanding of the fundamentals of shiphandling or basic tactics. This must happen before they take the conn on a warship—or at least prior to the first deployment. Warfare will test us in ways we cannot begin to imagine, but to expect the average junior officer somehow to happen upon creative solutions to impossible problems without those fundamentals is similar to putting a high school freshman on the field with Tom Brady and expecting him to succeed. The Navy absolutely should test junior officers’ ability to respond in crises, but the time to do that is not while they are trying to grasp the basic fundamentals of the profession.

The commander, on the other hand, agrees that junior officers must have a firm grasp of the fundamentals to perform at the level required, but he is concerned about creating too much standardization in the qualification-board process. Officers will encounter nonstandard situations and will need to call upon technical understanding, situational awareness, and judgement to make life-or-death decisions. To verify officers are ready to stand the watch, senior officers must test juniors in boards by placing them in situations beyond the rulebook. These board scenarios can appear to examinees as improbable, which can make the process feel like a game of “Stump the Chump.” In reality, the difficult questions often come from real-world experience, perhaps beyond the junior officer’s imagination at that specific moment of their career. This essential process allows seniors the opportunity to examine young officers’ proficiency—in the safety of the board setting. 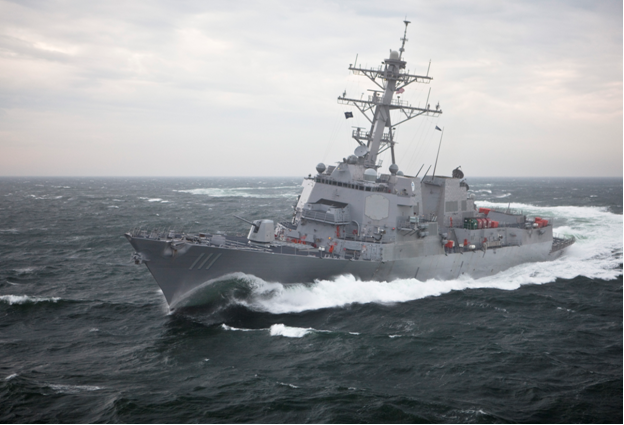 On this (and many other issues), the optimal solution quite possibly lies between the youthful optimism of the lieutenant and the experience of the post-command commander. Only discussion, debate, and a willingness to listen will illuminate where between those endpoints the correct answer lies.

The Navy must take actions to do away with the belief that there will be Locrian consequences for speaking up. Leaders must be patient with their juniors’ inexperience and perceived naivete while acknowledging the value of younger officers’ input and perspective. The Navy continues to change with the ebb of the old generation and flow of the new in every way from how we fight to the technology we employ to do it. Senior leaders cannot assume that the solutions of the past are always applicable to today’s problems. Junior officers must be patient as they attempt to understand the experience that drives senior leaders’ perceived inflexibility.

Hard-won lessons must collaborate with youthful exuberance to solve this crisis—before the fleet meets with challenges it cannot overcome. As valuable as the Naval Institute’s open forum is to identifying this problem, the solution must come within and across the Navy—on ships, in classrooms, at social events. Changing a culture does not happen overnight, making it all the more important to start as soon as possible.

Lieutenant Davidson is a surface warfare officer. She is a 2013 graduate of the U.S. Naval Academy and was a Marshall Scholar in the United Kingdom, graduating from Cambridge University in 2014 and Oxford University in 2015.

Commander Menzel is a surface warfare officer. He enlisted in the Navy in 1993, and was commissioned through the Nuclear Enlisted Commissioning Program in 1998. He is the former commanding officer of the USS Spruance (DDG-111).