The first cell phone hit the market in 1973, and 40 years later, more than half the U.S. adult population was carrying a cell phone in their purses or pockets. Today, that number is closer to 95 percent, with 77 percent of Americans owning a smartphone.(1) But does this technology work as it originally was intended—to enable us to communicate better? Or is the increase in personal technology a sign of mass addiction?
By Captain Peter “UGH” Ryan, U.S. Navy (Retired)
Proceedings
Vol. 144/9/1,387
Article
View Issue
Comments 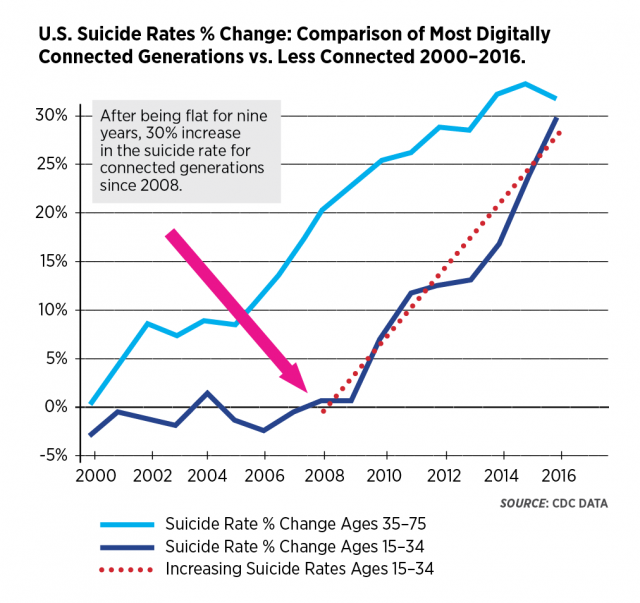 The New Drug in Town

It is estimated that by the 1950s, 45 percent of adult Americans smoked tobacco. The percentage of smokers was much higher within the Sea Services, particularly during and immediately after World War II. Cancer was identified as one of the risks of smoking cigarettes by the 1960s, a public health campaign informed Americans of the risk, and today the number of adults who smoke is roughly 22 percent of men and 18 percent of women. With the available research, it is hard to fathom that smokers overlooked the consequences of tobacco use for so long—and continue to do so.2

Similarly, just as research has been conducted on the effects of tobacco usage, studies currently are being done on the power of addiction (to include internet addiction) and its ways of working throughout the human body. For addictive or intense personalities, some of the most  seemingly innocuous pastimes may become detrimental.

Ownership of a smartphone is considered a necessity today. But the various associated gaming platforms and social media interfaces create a distraction that can lead to significant problems for users. Social media usage is growing in parallel with smartphone ownership in the United States, and it has become extremely prevalent, particularly with younger generations. The problem is not a single app, device, or game, but the amount of time users spend (or feel the need to spend) online.

A recent study suggested that 78 percent of Americans between the ages of 18 and 24 use the social media app Snapchat, with a sizable majority of users (71 percent) using the platform multiple times a day.3 While social media platforms are popular among sailors, other personal technology platforms such as YouTube, video games, and online pornography have similar statistics and are just as time consuming. While the experiences may seem harmless to the user, there are consequences.

In the book The Teenage Brain, Dr. Francis Jensen writes,

Technology is another opportunity for novelty-seeking, and because the brain of a teenager is so easy to stimulate, all it takes is the latest digital toy to tease it into distraction. The cascade of neuroprocesses that kicks off the brain’s reward circuitry and the rush of  the pleasure chemical dopamine can be triggered just as easily by the release of the latest iPhone as by alcohol, sex, or a fast car. In some ways, technology is a drug.4

Should We Be Concerned?

Personal technology usage (PTU) has hit Americans fast and hard. In a recent article on the effects of PTU on children and youth, Dr. David Greenfield says the PTU experience:

can be thought of as a virtual hypodermic mechanism that delivers its digital-drug content in a highly efficacious manner. Use of internet entertainment, particularly via the smartphone, seems to hamper our ability to manage and balance time, energy, attention, leading to lifestyle changes and behavioral deficits. Internet and video game addiction . . . impacts motivation, reward, memory, and various aspects of psychological functioning.5

Social media use also is “linked to an increase in mental health problems, including anxiety, depression and suicidality.”6

If technology is a drug and sailors are using that drug, we should ask some questions.

While identifying cause and effect can be challenging, many different trends and phenomena in our society, some very significant, seem to be correlated to, and perhaps caused by, the growth in PTU. For all measurements, around 2008 to the present is the key period in which to closely assess PTU-related trend development. Social media giant Facebook started in earnest in 2005, and the i-Phone was introduced to the market in 2007. It stands to reason that PTU was materially increasing by 2008. Since that time:

Somehow, the youngest and most connected generation is in the worst condition. If younger generations are indeed becoming materially affected by or even addicted to personal technology, these are the exact outcomes one would expect. In a PTU-driven scenario, there would be less desire for independence; less risk taking; boys more preoccupied with video games and girls more interested in social media than the opposite sex; more depression and anxiety associated with loneliness; digital isolation; neglect of friends and family; nonstop comparison with other’s digital lives; and unusual physical side effects.

These trends should be alarming for the U.S. Navy, where active component suicide rates have trended upward since 2008.12 The majority of current and future Navy personnel fall squarely in the generations most engaged in PTU and appear to be showing the most degradation.

What Are the Navy-Specific Effects?

The Navy is not immune to these trends, but abandoning personal technology within the service is impossible; the Navy has become reliant on personal technology. However, it is well-documented that the blue light of a smartphone screen can disrupt the sleep cycle. A study published in Experience Life notes, “Hyperstimulation is just one effect of smartphones that harms our sleep quality. . . . This blue light disrupts our circadian rhythms, tricking our bodies into thinking it’s daytime, which leads to sleep disturbances.”13 This sleep disruption is taking place despite the fact that the Navy is working hard to develop shipboard watch bills to preserve sailors’ circadian rhythms and sleep cycle.

Within the Marine Corps, there has been an 80 percent increase in aviation accidents since 2012, and the trend line seems to parallel the growth in PTU.14 Some of the accidents in the Navy have involved the most basic military operations, to include driving ships at sea, as was the case with the USS John S. McCain (DDG-56) and Fitzgerald (DDG-62). Could personal technology usage by military members be a contributory factor in some of these tragic events?

It is imperative that we assess the impact on sailors’ ability to function the next day after PTU before bed. What happens if sailors begin using personal technology, such as video games, every day after watch, for several hours at a time? For personnel who are shore based and in a less-controlled environment, as compared to on board ships, what is their daily readiness for work if they are working a 40+-hour work week and playing upward of 30 to 60 hours of video games during that same week? A 2015 medical journal article documented that Marines who were doing just that required medical care and were showing signs of “sleep disturbance and symptoms of blunted affect, low mood, poor concentration, inability to focus, and irritability.”15 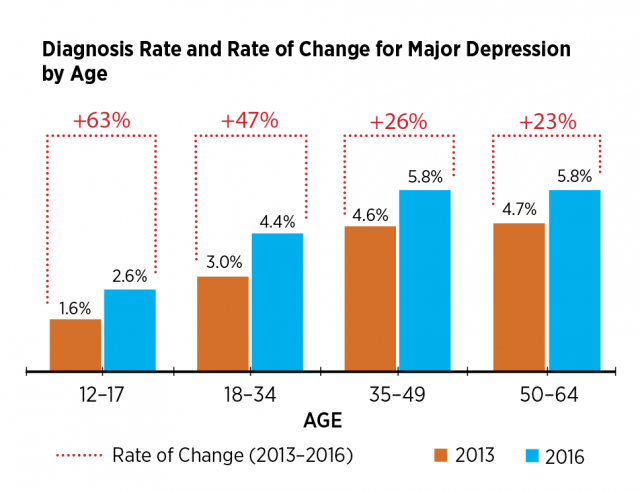 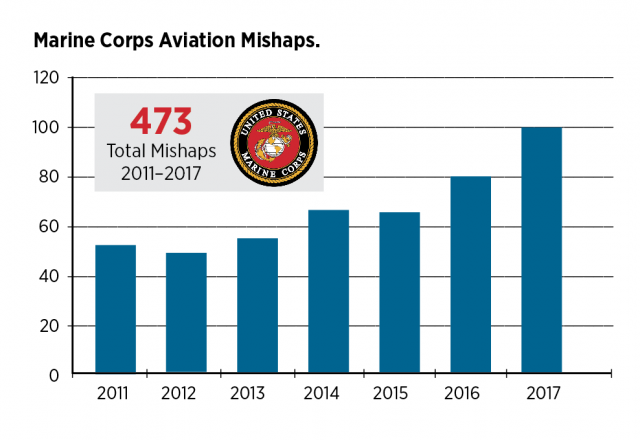 Beyond sleep, what other potential effects have been observed from personal technology usage? There may be serious effects on military families. The Los Angeles Times reported in 2016, “In the last five years, the rate of child abuse and neglect in the military has gone up sharply.”16 Unfortunately, some of these cases included fatalities. “It’s death by digital distraction,” says Dr. Nicholas Kardaras, author of Glow Kids: How Screen Addiction Is Hijacking Our Kids—and How to Break the Trance.17

If PTU-affected military members are neglectful of their own children, how focused will they be on maintaining and operating ships and aircraft?

Where Do We Go From Here?

The impact of PTU may not reveal itself all at once. To a chief or division officer observing a sailor’s declining performance, the small, incremental changes associated with increasing levels of PTU may not at first be easily discernible. What should leaders do?

First, understand sailors and what may be affecting them. That is our responsibility. A PTU “harm footprint” should be developed in the Navy and across the Department of Defense (DoD) to better understand what we are dealing with.18 Other options for addressing this challenge could include:

These suggestions have far-reaching ramifications.  “Big Technology” likely will attempt to undercut such inquiry (in part, by funding opposition research), because if it is determined PTU causes harm, corporate profitability will be at stake. The consequences of inaction, however, are troubling.

The April 2010 study “Too Fat to Fight” found that 75 percent of American youth were unfit for military service because of poor health.19 Since that time, significant new technologically based pressures have been brought to bear on the nation’s youth. How many more will be rendered unfit for duty as a result of PTU? What does it mean for the country when so many youth are increasingly unhealthy? Who will be left to serve?

The Navy needs to take action now to understand the PTU environment its sailors are in and help them navigate accordingly. Sailors lives may depend on it.

2. Population Reference Bureau, “Not All Americans Are Smoking Less,” 1 February 2011.

10. Twenge, “Have Smartphones Destroyed a Generation?”

18.“Harm footprint” is a term used by the Center for Humane Technology, which is in the process of collecting and documenting the negative effects of PTU.

Listen to a Proceedings Podcast interview with this author about this article here.

Captain Ryan served as an E-2C naval flight officer and spent 15+ years in the Pentagon serving primarily as a Navy financial manager. Currently, he works for Cowan and Associates in the Pentagon supporting OPNAV.