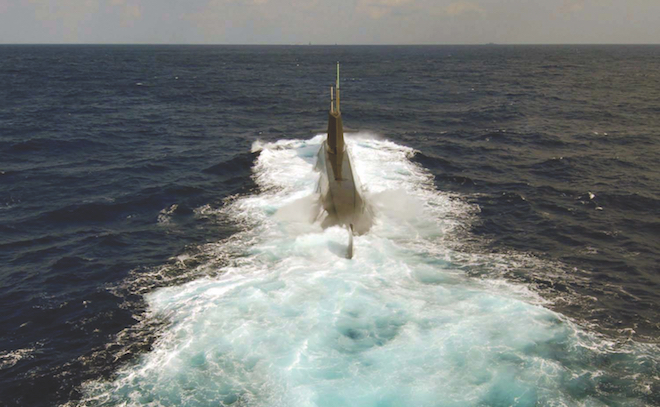 For countries that can afford them, modern nuclear attack submarines can operate offensively in littoral waters extremely quietly without being threatened by the majority of anti-access/area-denial (A2/AD) defensive measures. They can penetrate such barriers essentially at will. A modern SSP can hunker down at very slow speeds and become nearly impossible to find in a classic broad-area, passive sonar antisubmarine warfare (ASW) search conducted by an SSN.

In other words, the defending nation finds it difficult to keep the offensive SSNs out, but those SSNs cannot find and engage the defensive AIP/ASCM submarines that are keeping the surface warships and carriers out of the A2/AD zone.

What’s a navy to do?

Although the post–Cold War U.S. surface navy took some time to rediscover the idea of fighting in the littorals, submariners never lost sight of it. Deep-ocean Hunt for Red October–type peacetime ASW events drew the most attention, but the real bread-and-butter operations for U.S. submarines involved covert ISR operations in Soviet coastal waters.1 This history of shallow-water ISR extends back as far as the pre–World War II period when U.S. submarines closely watched the Japanese fortification of Pacific islands. During the course of the Pacific war, many offensive submarine operations were conducted in the shallow waters of the Pacific Rim inside of what is often called “the first island chain.”

The be-all and end-all of the Cold War’s “Third Battle of the Atlantic” (as Professor Owen Cote of the Massachusetts Institute of Technology named it) was the United States’ and NATO’s “acoustic advantage.” At times, the advantage was as great as 40 dB. In practice, this meant U.S. submarines could hear activity at many tens of miles that the enemy could hear at one mile—a nice edge to bring to a fight. That differential no longer exists, and even though some edge against potential adversaries’ top-end nuclear and nonnuclear submarines remains, it often translates into initial detection ranges measured in hundreds of yards rather than miles.

The bad news is that modern, quiet submarines no longer have the ability to sanitize a given geographic area of other modern, quiet submarines, since the mean time to detect an adversary is unacceptably large, especially in the littorals—waters shallower (often much shallower) than 100 fathoms, where background noise and extremely quiet propulsion systems combine to make passive sonar less effective than in the open ocean.

The good news, however, is that adversary submarines face the same problem. A Virginia-class submarine can operate with relative impunity within a denied area. Improvements in foreign subs mean a Virginia may not be as effective as a U.S. submarine once would have been at antisubmarine warfare, but it can perform other types of valuable mischief. 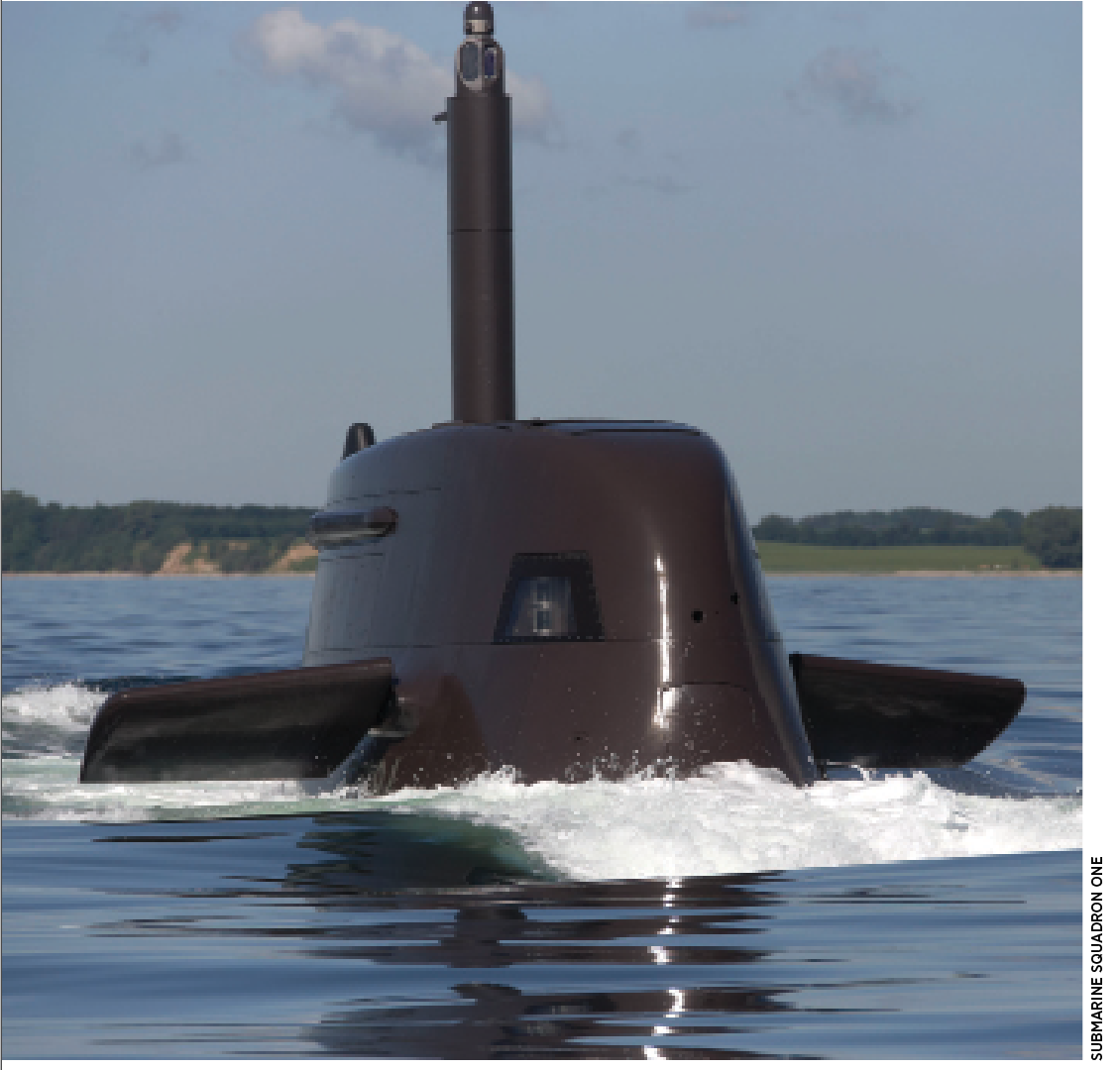 Successful submarine employment in current and foreseeable scenarios will require a “connectivity advantage” analogous to the Cold War acoustic advantage. The quantity of data passed is less important than the quality of the data—and its assurance throughout a submarine’s operating envelope—and it will require the ability to disrupt the other side’s connectivity.

The Problem for Shallow-Water Defenders

Defensive submarine operations in shallow waters protect a defender’s coastal waters from invasion. This invasion may take the form of an amphibious landing or an attack on national assets from sea-based air power. In any case, large surface ships and carriers must close the enemy coast.

Submarines playing defense may need to get close enough to the surface ships to do their own targeting. In World War II, most successful torpedo attacks were conducted from inside 2,000 yards, but modern torpedoes permit attacks from greater than 20,000 yards. As a rule of thumb, if the submarine can see the target, it can be attacked.

An appropriate tactic for nonnuclear submarines on their own—shallow—turf is to stay hidden and not move a lot, especially at noisy high speed. The concept is suited perfectly to employment of long-range ASCMs: stay in “hide” positions until the attack, move to a launch position, attack, then quickly return to the hide. The weakness of this practice is that someone else has to provide the ASCM-equipped submarine with near-real time targeting data.

The Offense Does not Have It Easy, Either

For purposes of this discussion, offensive submarine operations rest on several assumptions. First, the location to be attacked is far from the homeports of the attacker. Second, the deployed submarines will have to operate without logistical support for several months. Third, the waters to be infiltrated might be extremely cold or extremely warm. And fourth, a timely response is critical.

Large size and significant power for air conditioning and life-support equipment greatly enhance the platform’s ability to reach distant waters, whether arctic or tropic, and remain for extended periods. This helps explain a recent trend in nonnuclear submarines designs toward the 3,000–3,500-ton displacement range as opposed to approximately 1,000 tons, the standard just a short time ago. But even the large ones do not compete in all aspects with nuclear submarines.

The core values of stealth, mobility, firepower, and endurance are most fully embodied in nuclear-powered attack and guided-missile (SSGN) submarines. These boats possess the range to cross oceans and the stealth to penetrate A2/AD defenses.

Even so, the SSNs or SSGNs cannot easily take the fight to the stealthy, hidden AIP submarines. And the defensive submarines pose the last, most potent A2/AD threat to the surface ships that wish to attack the territory the AIP boat is defending.

What a Navy Can Do

The threat these unlocated defending submarines pose to surface ships must be eliminated or at least severely mitigated. The vulnerability lies in the means by which these defenders receive targeting data from nodes on shore. The opening round of offensive ASW actions should be land-attack strikes from the SSNs and -SSGNs against these nodes, as well as on targeting assets such as over-the-horizon radar sites (including secondary strikes on radars that pop up after the primary sites are taken down). In this regard, this “suppression of enemy submarine connectivity” is analogous to the familiar suppression of enemy air defenses integral to any air campaign.

It is interesting, but not entirely surprising, that dependence on connectivity (or mission degradation in the absence of it) varies as a function of submarine type. That is, the more capably a submarine platform can use mobility and/or endurance to compensate for late or inaccurate intelligence, the less it depends on off-hull support. Additionally, the bigger a platform is and the greater discretionary electrical power it has for sensors and computer processing of raw data, the more it is likely to become a source for rather than a user of an information grid.

Two key assumptions support the concept that disrupting shore-based targeting facilities and their connectivity to offshore submarines will substantially neuter a modern A2/AD complex. The most critical assumption is that adequate command and control connectivity will be maintained with the penetrating SSNs and SSGNs. The other is that the defensive submarines largely will be incapable of effectively operating autonomously because of the large size of the A2/AD area that results from defending against long-range land-attack cruise missiles.

The U.S. submarine force owns a long history of having to function effectively in an independent role with limited means to ask for or receive guidance from their masters ashore. This has resulted in a necessary skill set that emphasized the technique—the art—of submarine warfare. It required an extensive apprenticeship to develop.

Modern technology provides very large “pipes” through which to pass two-way data, information, and knowledge. It also enables a more procedural manner of submarine warfare, a tempting scheme for countries with smaller navies. Technology therefore permits these platforms to be effective while manned with less experienced crews—so long as this high bandwidth connectivity is not disrupted.

If highly trained U.S. submarine forces can continue to resist the temptations associated with having these large pipes available and actively maintain the techniques required to operate effectively in a degraded command, control, communications, computers, and intelligence environment, then both of the above assumptions should remain true.

This dichotomy provides favorable options for the offensive platform and highlights a defensive vulnerability to be exploited—all while playing to an offensive strength. Keeping SSPs moving by forcing them to do more of their own ISR and targeting exposes them to the maximum danger from the offensively minded SSNs and SSGNs while also consuming their limited AIP capability. Cutting off the data tether to the land increases the chances SSPs will surrender the advantage of silence and make the kind of noise that only motion induces. An underwater submarine duel makes for great movies—but it is not how the Navy will win a submarine battle in the littorals.

Captain Patton served on two SSBNs and five SSNs, commanding the USS Pargo (SSN-650). He also served in the Office of the CNO in submarine research and development, as the chief staff officer and deputy for readiness and training at Submarine Development Squadron 12, as the director of tactical training at Naval Submarine School, and as the director of wargaming systems at the Naval War College. He now consults on matters of stealth warfare, sensors, weapons and communications. He served for three years as the technical consultant to Paramount Pictures for the film The Hunt for Red October.