Charting a Course: Stop the Erosion of Command 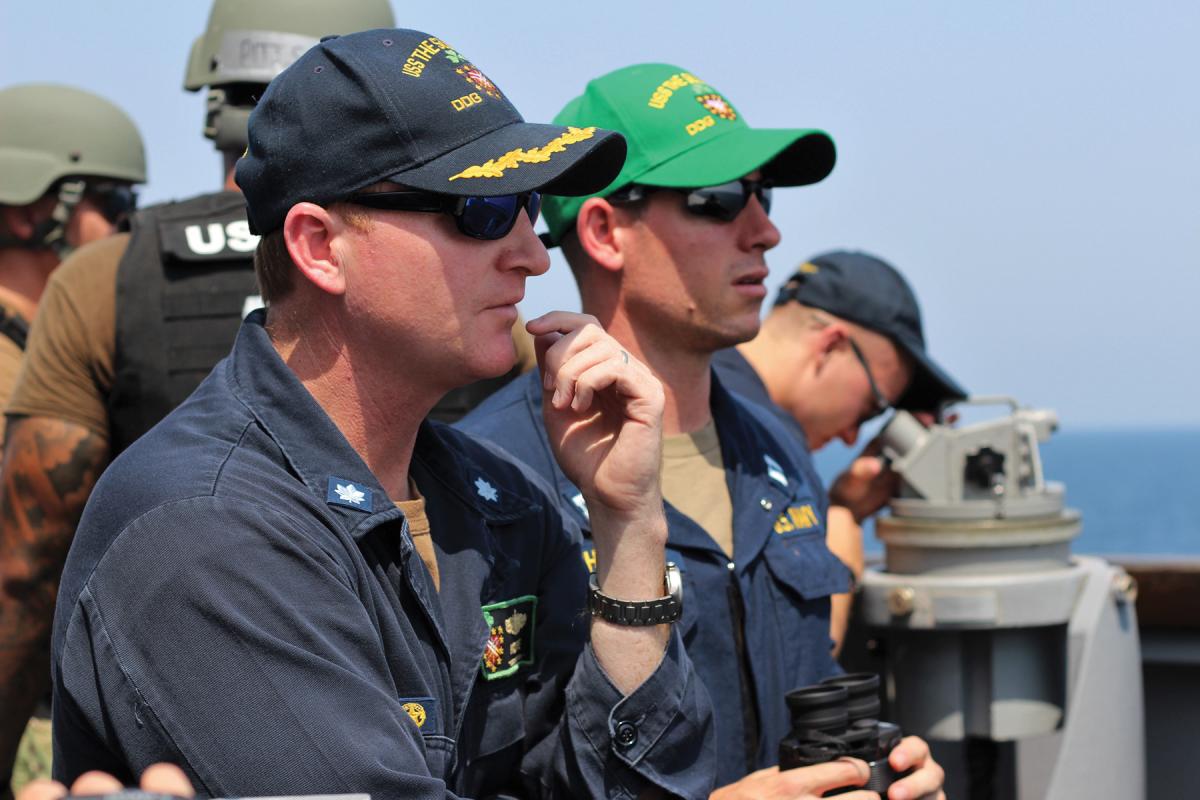 Authority in command is supposed to be absolute, but over time commanding officers’ authority has eroded while accountability has increased— a trend that will not result in wartime efficacy. (U.S. Navy / Daphne White)

Historically, enormous trust and responsibility have been assigned to Navy commanding officers (COs). They were depended on to conduct, competently and independently, the many missions assigned. It also was understood that if things did not go well, they would be held responsible. This was the burden of command; and since the first warships put to sea, it has been a lure to those who wish to test themselves under the most rigorous circumstances. Unfortunately, that trust, already in a state of decline, has entered a period of near freefall, while responsibility—or perhaps more correctly “accountability”—has increased to the point that COs are potential sacrificial lambs.

This evolving dynamic represents not only a troubling threat to the Navy’s unit-level warfighting efficacy, but also an abrogation of Navy Regulations. Chapter 8 specifies that authority in command will be commensurate with responsibility, both of which are absolute and unavoidable. This is the compact under which officers assume command. Yet, without colloquy or comment, it is being broken more and more.

Three developments increasingly drive this dynamic. First, the explosion of easy, global interconnectedness means that anyone can speak, face-to-face, with any CO, at any time and anywhere on earth. Second, the number of admirals, relative to the number of Navy ships in commission, is out of proportion—in 1944 there were 256 flags for 6,084 ships; today there are 359 flag officers for 280 ships. Third, the desire to presume upon a CO’s prerogatives is exacerbated by an undiminished “zero defects” mentality. As can be observed in the case of last year’s collisions, the entire operational chain of command, up to and including four-star admirals, can be held responsible for whatever happens at the unit level. The lesson is clear: It is imprudent for senior officers simply to trust the COs beneath them. Better to aggressively intrude, if only to cover their own sixes.

The jury is still out on the effectiveness of long-term remediation to the systemic problems exposed by the Navy’s collisions and groundings of 2017, but the immediate solution has been a rush to increase senior involvement in ship operations. The result is crushing new administrative requirements levied on already overburdened ships. As was recently pointed out in “The Surface Navy’s Training Program Remains an Administrative Nightmare” in the October Proceedings, the new Surface Force Training Manual requires nearly 12,000 pages of annual documentation per ship to properly assess training and pass inspections. Further, the traditional prerogative of captains to decide what is necessary and best for their commands is increasingly eroded. Today, for example, though Afloat Training Group may not be appropriately staffed to train or certify specific topics in specific ships, there can be no certification waivers granted, regardless of a CO’s best judgment, reason, or case. The block must be checked. Meanwhile, the new Full Speed Ahead training in sexual-harassment prevention and appropriate social-media use remains an absolute requirement and occupies hundreds of manhours per ship per year.

Emblematic of the erosion of trust in COs is the fact that they no longer are trusted to produce their own battle and standing orders. These are now provided.1,2 Senior staffs have anticipated every eventuality and have determined responses better than captains can. The message is clear: Don’t think; comply.

Experts predict the next war will be fought in a communications-denied environment. Adversaries will shut down or limit U.S. military communications, and ships, submarines, and aircraft will have to figure it out on their own. What then? As the Navy continues to impinge on the authorities of COs, is it growing a generation of risk-averse administrators who will be unable to think, act, and fight independently?