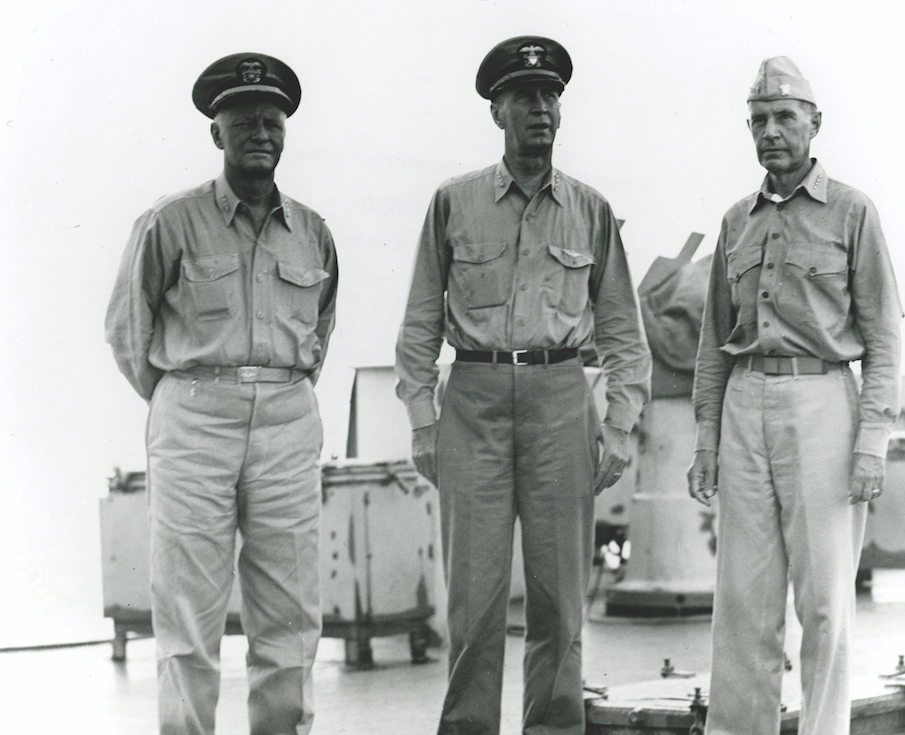 To enable true mission command, the Navy must dismantle its zero-defect mentality. It is doubtful World War II heroes Chester Nimitz, Ernest King, and Raymond Spruance would reach even the rank of captain today.

Mission command is considered the principal method of command and control (C2) in the U.S. military. Its effectiveness is predicated on giving subordinates sufficient freedom to act so they can exercise initiative in the course of executing their assigned missions. The Navy’s deeply rooted zero tolerance for error, however, is incompatible with true mission command. For more than three decades, the zero-defect mentality has pervaded the service. Reversing these policies will require a cultural revolution in the way the Navy thinks and acts.

What Is Mission Command?

The origins of mission command can be traced to the era of Frederick the Great and the Prussian military reforms led by General Gerhard von Scharnhorst after defeats in the battles of Jena and Auerstadt in October 1806 against Napoleon I. These reforms institutionalized more independent action for subordinate commanders. After 1815, however, decentralized C2 was forgotten in the Prussian Army. It was not until 1857, when then-General Helmuth von Moltke became chief of the Prussian General Staff, that decentralized C2 was not only restored but also given increased emphasis.

Mission command, or Auftragstaktik—a term coined in the early 1890s—initially widely was considered a threat to military discipline and, by extension, to everything military.1 However, it proved to be extremely effective in practice, provided its prerequisites were met and it tenets followed faithfully. The key prerequisites for the success of mission command are a proper understanding of the Clausewitzian teaching of the nature of war, a highly educated and trained force, excellent relationships between higher commanders and subordinates, a common operational or tactical outlook, sufficient freedom to act, and a common vocabulary.

The Germans viewed the confusion of battle as a source of potential opportunities, and they built a C2 philosophy in which that potential could be realized through decentralized decision making.2 Subordinate commanders, they believed, were better able than the higher commander to handle situations in which split-second decisions often are pivotal. Mission command brought other benefits, as well:

• It gave subordinate commanders more ownership of their actions, which stimulated greater determination in carrying out their mission.3

• It encouraged initiative and creativity on the part of subordinates.

• It greatly enhanced motivation and morale.

The main reason for the Germans’ success with mission command was their unwavering focus on leadership and warfighting at all levels of command and the trust that yielded. The higher commanders had confidence their subordinates, in exercising the initiative, would be successful. In turn, subordinates trusted that their superiors would support them in whatever actions they took in good faith. They were not afraid to give accurate, critical reports on the status and performance of their forces.5 The better commanders and subordinates knew and trusted each other, the shorter and less detailed orders could be.6

Freedom of action in the execution of an order was conditioned on a leader’s willingness to accept responsibility, but the Germans also understood that great successes in war could not be achieved without great danger.7 From the highest commander to the youngest soldier, inaction was considered much worse than an error of judgment based on a sincere effort to act decisively. Although errors might cause setbacks, the broad exercise of initiative by subordinate commanders ultimately would do more good than harm. Thus, no opprobrium was associated with failure resulting from a thinking leader’s prudent risk taking.8

A zero error tolerance policy imposes strict punishment for violating the stated rules, with the aim of eliminating particular behaviors or activities. A person in authority is not allowed to exercise discretion in meting out punishment to fit the circumstances. Among other things, a zero-error mentality is directly responsible for risk aversion, overcentralization of C2, pervasive interference by higher commanders, lack of initiative and creativity, distrust of the senior leaders, and erosion of the warrior spirit. It also negatively affects retention of officers.

In the U.S. Navy, there is a widespread perception that no mistakes or failings will be tolerated. Such zero error tolerance is one of the main reasons for the relief from command of U.S. naval officers in the past two decades.9 It is highly doubtful that such splendid admirals as Ernest J. King (negative fitness reports), Chester W. Nimitz (grounding of a destroyer and reprimand by a fleet commander), and Raymond S. Spruance (reprimand by the Secretary of the Navy) would have reached even the rank of captain today.

Former Commandant of the U.S. Marine Corps General Charles Krulak observed that the zero-defect mentality is at odds with effective leadership. His observation seemed to be borne out in a 2014 survey of naval officers, many of whom indicated little desire to take higher command in part because of the increasing risk aversion.10

Risk aversion and risk avoidance are two sides of the same coin. Risk avoidance—so prevalent in the Navy and other services today—is contrary to the traditional notion of leadership. One of the first casualties of risk avoidance is the loss of trust of peers, subordinates, superiors, and even the organization.

Risk avoidance is a symptom of a profound failure to understand the nature of risk. Any decision in combat (and sometimes in peacetime) carries a certain degree of risk. A commander can reduce risk by having accurate, timely, and relevant information, but an option that is risk-free is rare. Commanders must be willing to take high but prudent (or calculated) risks, and that means making decisions under varying degrees of uncertainty. In taking a calculated risk, a commander would reckon the probability of a hazard or chance of failure prior to making a decision. In contrast, a gamble is to take a risk in the hope of getting a desired result. If a calculated risk fails, one can recover; in the case of a gamble, recovery generally is impossible.

Risk avoidance is today a part of almost every step of the decision-making process in the Navy. Obviously, a commander in developing options always should consider risk to his or her forces. It is detrimental, however, to constantly remind commanders to focus on so-called risk management or risk mitigation in their estimate of the situation. Risk currently is an integral part of the mission analysis, comparison and decision, and even commander’s intent.

An obsessive focus on risk cannot but result in lack of boldness on the part of commanders. An overly cautious commander would not only slow the tempo of the operation but also fail to take full advantage of a sudden change in the situation. If everything in combat is reduced to measuring dangers and loss, commanders are unlikely to properly understand the opportunities for gains. The worst case is making decisions out of fear of losing, rather than with any expectation of winning.

It is tempting to consider risk as only negative, but risk is not something inherent and unchangeable. What might be considered risky prior to an operation might not look very risky in combat. A commander can greatly overestimate or greatly underestimate the risk in carrying out a certain option. A doctrine that characterizes risk only as hazard and loss cannot help but imbue its practitioners with an excess of risk aversion in combat. Sound doctrine should not focus on averting hazards and losses but on understanding what is hazarded and what might be lost against what might be gained.11

One of the principal requirements for success of mission command is freedom to act. This is achieved by issuing commander’s intent and then expecting subordinates to act with initiative in executing their assigned missions. Although subordinates might make some mistakes, they will be more successful if higher commanders rely on mission command. Freedom to act implies that subordinate commanders may divert from the assigned missions in case of a drastic change in the situation, when quick action is necessary and the higher commander is not in a position to make a decision.12

Risk avoidance results in overcentralization of C2 and undue interference of the higher commanders in the authority and responsibilities of their subordinate commanders. When higher commanders issue highly detailed orders to subordinates, the goal might be to ensure no mistakes are made. Yet, their subordinate commanders quickly would realize the dangers of acting on their own initiative. The result is lack of action and waiting on orders instead of making quick and independent decisions as opportunities arise.13

As experience shows, it is invariably bad when a commander bypasses his or her immediate subordinate commanders and issues direct orders to tactical commanders. Commanders who try to specify everything for their subordinates are bound to get lost in the maze of details and lose operational perspective. They also lose the trust and support of their subordinates and undermine the very basis for their own decisions and actions.14 Overly centralized C2 does not encourage risk taking. It does not allow subordinates to make mistakes and learn from them. Subordinates become passive because they feel their ideas are not welcome or they are not allowed to make a contribution.15

Mission command is the most effective method of command and control ever devised. War is chaotic and unpredictable. Accidents, chance, and luck abound. All decisions and actions in war entail a certain degree of risk. Yet, risk also offers opportunities for gaining a decisive advantage. Success in combat is best achieved by issuing commander’s intent and then providing subordinates sufficient freedom of action to exercise their initiative and creative skills in executing their assigned missions.

Zero-error mentality and associated risk avoidance violate both the spirit and letter of mission command. An overemphasis on risk avoidance actually creates a bigger risk for the Navy by undermining its deterrent value and its ability to win the nation’s wars. The Navy should dismantle current zero error tolerance policies and bring back a firm and unwavering focus on leadership and warfighting; otherwise it might suffer great setbacks and even defeat against a highly trained, skillful, and determined opponent.

6. Echevaria, “Auftragstaktik In Its Proper Perspective,” 54.