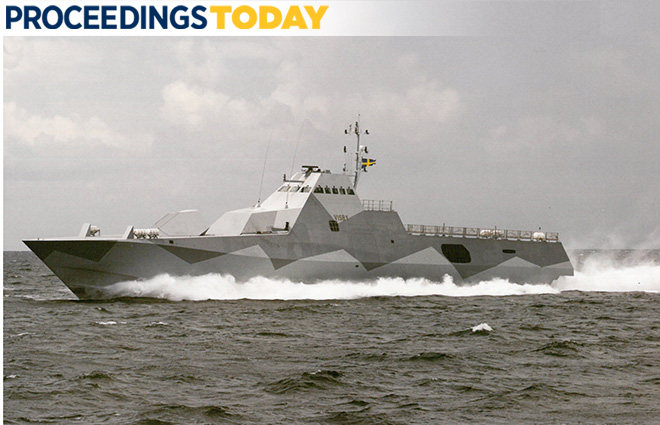 The Trump administration has set as one of its top defense priorities a 355-ship Navy. While numbers can be arbitrary, three separate studies analyzed the current requirements and demands on the fleet. The number 355 was the recommended level to fill these commitments. Of course, strategy and commitments always can be redefined. If 355 is to be achieved, however, there only two ways for this buildup to succeed.

First, is the old fashion way. Spend a lot more money. Yet, even if this option were possible, the Navy could not reach 355 ships for possibly decades. That leaves the second choice: determine how this level of naval power could be reached within likely resource constraints.

To begin with, “Task Force 355” should be formed now and headed by the Secretary of the Navy, Chief of Naval Operations, and Commandant of the Marine Corps, or by the Under Secretary and the service vice chiefs. The aim should be to plan for a 355-ship Navy and then to oversee its execution.  Without such high-level control, it is foolish to believe appropriate action will follow.

Next, break the mold of conventional thinking. New strategic concepts for dealing with potential adversaries must be developed such as containing Chinese expansion at the Second Island Chain and providing a “porcupine” defense in Europe.

Next, to increase ship numbers, consider buying foreign-built hulls for both small and large combatants that are cheaper and quicker to procure and outfitting them with U.S. weapon systems. Of course, this violates the Jones Act (now long outdated) and Buy America legislation. If 355 is to be achieved, however, Congress must be presented with this option. (Just this week, the Navy announced that its price target on the new frigate program [FFG(X)] is a whopping $950 million per ship. At that cost for a frigate, 355 is out of the question.) And building smaller aircraft carriers that carry 25 to 30 aircraft should be revisited.

As a former Swift Boat skipper, I favor larger numbers of small combatants—perhaps 150 to 200 feet in length and 600 to 1,000 tons in displacement, more heavily armed than the current littoral combat ship (LCS) and designed to operate in the Mediterranean, Baltic, Persian Gulf and other coastal zones—should be procured at home and/or abroad. These ships should carry significant numbers of air, surface and subsurface unmanned vehicles along with a squad or two of Marines. And these ships should operate in teams of at least three to maximize lethality.

At less than $100 million each, several dozen of such patrol combatants could be procured for the price of one Zumwalt-class destroyer (about $4 billion). Such an approach helps the trajectory to 355 and provides more command opportunities for younger officers. Further, to recapitalize, placing large combatants in a reserve or cadre status for extended periods would allow rapid regeneration if needed and could save considerable money for operations and maintenance to be used elsewhere.

Specifying that a significant proportion of the submarine force be diesel-electric also is viable. Diesel-electric boats are quieter (when running on battery) than nuclear-powered subs and less expensive to build and man. A diesel-electric option also could apply to ballistic missile submarines whose intercontinental weapons could be fired from home waters. Clearly, opposition would be fierce to breaking this mold.

Because Russia is increasing its submarine force, reconstituting an effective antisubmarine weapon of World War II—-the blimp or airship—also should be examined in conjunction with greater reliance on unmanned aerial vehicles.  No merchant ship escorted by a blimp was lost to a U-boat in that war. And there is no reason that these could not be considered ships as well in the 21st century.

Finally, the “1,000-ship Navy” concept, formally approved by President George W. Bush, should be re-engaged. This means relying on allied and friendly navies to fill certain operational needs to complement or offset U.S. Navy demands. For example, in European waters, where a U.S. four-star admiral commands both NATO and U.S. forces, warships from the United Kingdom, France, Italy, Germany and other allies should assume more of the defense, patrol, and presence responsibilities now shouldered by the U.S. Navy.

Dozens of reasons will be cited why none of these ideas will work. Yet, if that obstinance persists, the U.S. Navy of 2030 will be lucky to number 255 and not 355 ships.

Dr. Ullman is a distinguished senior fellow and visiting professor at the U.S. Naval War College and senior advisor at the Atlantic Council and Business Executives for National Security.  His most recent book is Anatomy of Failure—-Why America Loses Every War It Starts (Naval Institute Press, 2017.)

Photo caption: A Swedish Visby-class corvette. These heavily-armed small combatants are the kinds of ships the U.S. Navy needs in places like the Persian Gulf, Mediterranean, and the Baltic Sea.