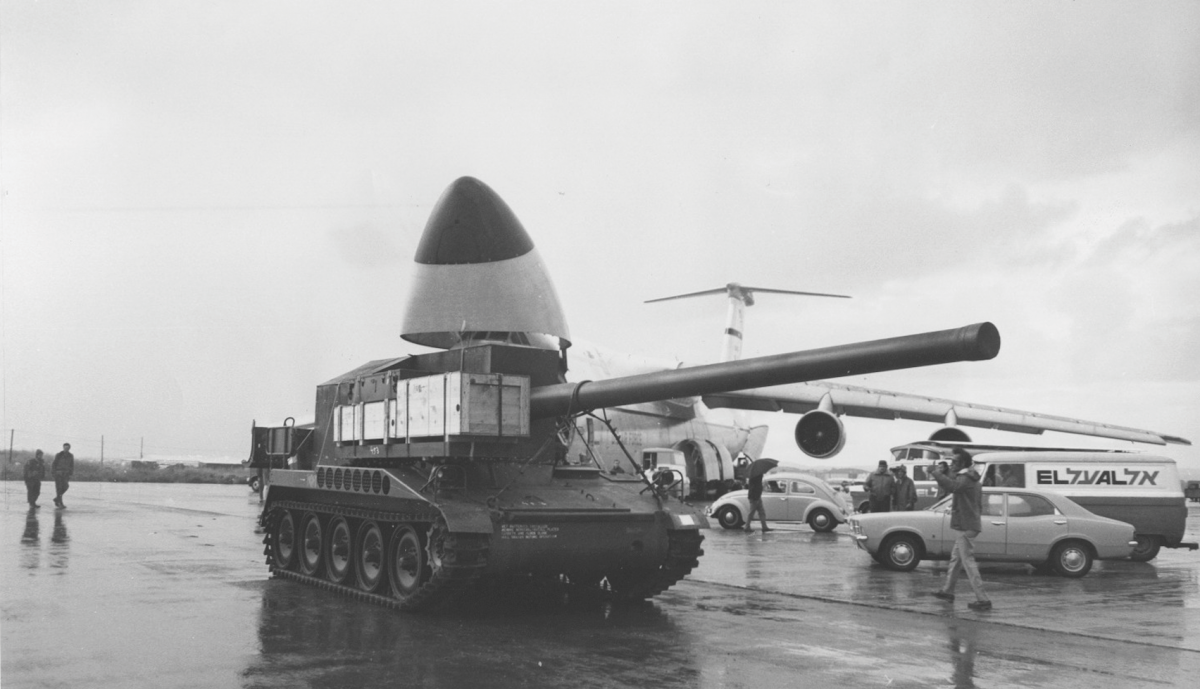 DefCon (Defense Condition) 3 had been set. Fifty B-52 strategic bombers were moved from Guam to bases in the continental United States. Airborne divisions in both the United States and the Soviet Union were on alert for fast deployment to the Middle East. A force of 2,000 Sixth Fleet Marines was headed east, and a third carrier force was en route to the Mediterranean. The Soviet Mediterranean squadron had been augmented by forces coming through the Dardanelles and now numbered nearly 100 ships, including 23 submarines. Armed U.S. aircraft were continually aloft over the Soviet surface ships, and heavily armed Soviet warships shadowed the U.S. carrier forces.

The forces involved were larger than those that faced off in the Cuban Missile Crisis of 1962, and tensions were running so high that some analysts rated the chances of war at nearly one in two. Yet, the American public seemed largely unaware. Vice President Spiro Agnew recently had been forced to resign, and the Watergate crisis was the top story in most U.S. media.

The eyeball-to-eyeball confrontation taking place in the Mediterranean was a result of what history calls the Yom Kippur War, the fourth major war between Israel and the Arab world. It took place in October 1973, beginning with a surprise attack on Israel by a coalition of Arab states led by Egypt and Syria when many Israeli soldiers were away from their posts observing the sacred “Day of Atonement.” Initially the Israelis were sent reeling back across the Sinai Peninsula, but they recovered, halting the Egyptian offensive while simultaneously pushing the Syrians back at the Golan Heights.

By this time in the Cold War, the Middle East had become a serious pressure point, with the Americans backing Israel and the Soviets behind the Arab states. The fighting had taken a heavy toll on both sides, and the combatants were in need of material replenishment. The Soviets began resupplying their clients with replacement weapons and supplies. To resupply the Israelis, the Americans launched a massive strategic airlift dubbed Operation Nickel Grass. For 32 days, the U.S. Air Force mobilized its C-5 Galaxy and C-141 Starlifter aircraft to deliver badly needed tanks, artillery, and ammunition to Israel. In addition, factory-fresh F-4 Phantoms and A-4 Skyhawks were flown nonstop from the United States to Israel to replace those lost in the heavy fighting.

Concerned about possible retaliation by the Arab nations and their Soviet sponsors, traditional European allies refused to let U.S. planes land or even overfly their territories. Only Portugal agreed, allowing the aircraft to land at Lajes airfield in the Azores. Consequently, the U.S. aircraft had to fly across the Mediterranean keeping outside European airspace to the north and Arab airspace to the south. For protection, these vulnerable aircraft were escorted by Sixth Fleet fighters and were further protected by a string of U.S. warships stationed at 300-mile intervals across the entire length of the Mediterranean. The ships acquired the transiting aircraft at the western end of the sea and provided constant communications and antiair warfare protection until handing them off to the next ship down the line.

Effectively resupplied, the Israelis began to get the upper hand in the Sinai, driving the Egyptians back across the Suez Canal and ultimately encircling the Egyptian Third Army and the city of Suez. It was then that the Soviets threatened to intervene, causing the United States to go to DefCon 3, which triggered the harrowing confrontation in the Mediterranean.

Through some deft maneuvering by Secretary of State Henry Kissinger and the cool headedness of Egyptian President Anwar Sadat, the warring parties agreed to a ceasefire and further negotiations. The superpowers then stepped back from the brink.

The crisis subsided but had important ramifications, including significant strategic adjustments among the participants and a retaliatory Arab oil embargo that did get the attention of the American people.