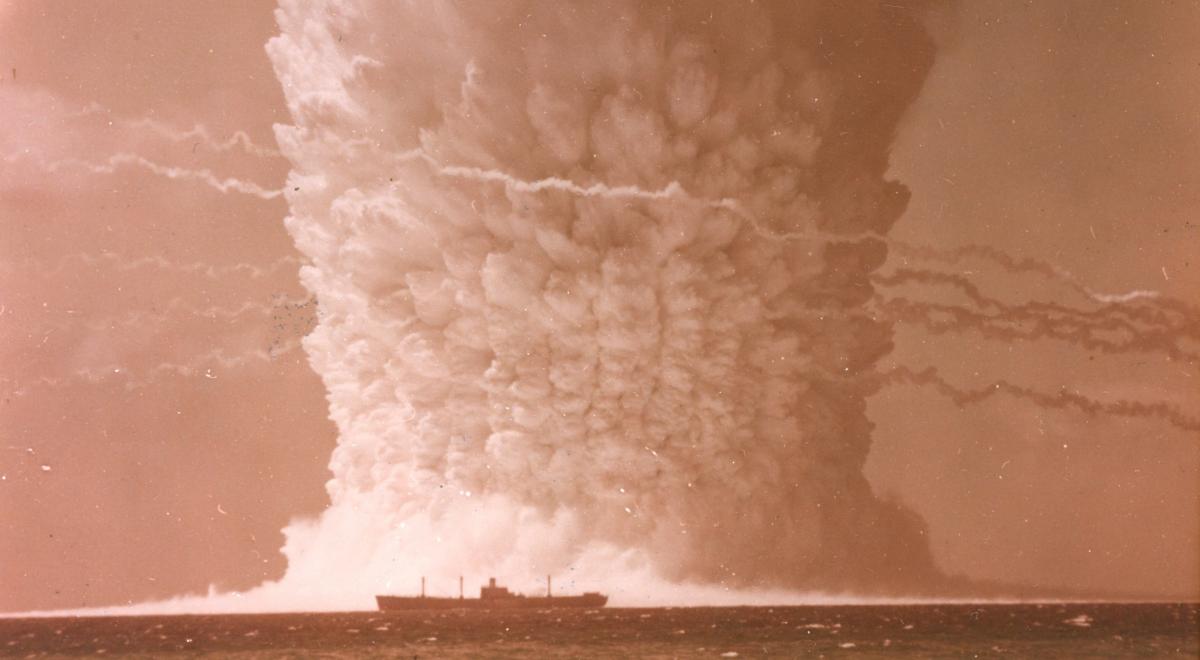 . . . air-to-surface missiles, short-range ballistic missiles, gravity bombs, and depth charges for medium-range bombers, tactical bombers, and naval aviation, as well as anti-ship, anti-submarine, and anti-aircraft missiles, and torpedoes for surface ships and submarines. There may also be warheads remaining for surface-to-air and other aerospace defense missile systems.[3]

The country clearly has maintained the diverse Soviet arsenal albeit at reduced numbers. A Carnegie Endowment report edited by Alexei Arbatov, a member of the Russian Academy of Sciences, and retired Russian Army Major General Vladimir Dvorkin reports that Russia has a tactical nuclear stockpile of about 700–1,000 antiship and antisubmarine missiles, depth bombs, torpedoes, and submarine-launched cruise missiles as well as 630 tactical nuclear warheads for surface-to-air missiles (SAMs).[4] Noted Russian journalist Pavel Felgenhauer has written that the S-300, the S-400, and the S-500 SAM systems are nuclear-capable. These missiles also have conventional and nuclear strike capability against surface ships and land targets. The S-300, the shortest ranged of the three, reportedly can strike at a distance of up to 250 miles.[5]

In 2006, Admiral Mikhail Abramov, Chief of the Main Naval Headquarters, stated that the role of the country’s naval forces is to “deliver surprise and concentrated strikes, including use of nuclear weapons at surface targets, aircraft carrier task force[s], detachments of warships and transport convoys, [and] to fight successfully against submarines of any enemy.”[6] In 2011, Russian Navy Commander-in-Chief Admiral Vladimir Vysotskiy agreed, saying, “In wartime, the strategic purpose for the use of the Navy . . . includ[es] the use of non-strategic and strategic nuclear weapons.” Putin issued a decree, “Fundamentals of the State Policy of the Russian Federation in the Field of Naval Operations for the Period until 2030,” in July 2017 that emphasized strategic nuclear and non-nuclear deterrence, noting “The general-purpose naval forces occupy an important place in meeting strategic deterrence challenges.” It went on to say:

During the escalation of military conflict, demonstration of readiness and determination to employ non-strategic nuclear weapons capabilities is an effective deterrent. . . . Indicators of the effectiveness of measures undertaken to execute the State Policy on Naval Operations are . . . the capability of the Navy to damage an enemy’s fleet at a level not lower than critical with the use of non-strategic nuclear weapons.[7]

U.S. Air Force General Paul Selva, Vice Chairman of the Joint Chiefs of Staff, told Congress in May 2017 that Russia is developing new “nonstrategic” weapons. All, or nearly all, legacy Soviet-era and new cruise missiles, such as the advanced naval Kalibr, are “dual capable”—that is, able to deliver conventional and nuclear warheads.[8]

The 2017 DIA report observed, “With the arrival of two Kalibr-equipped vessels in 2016, the Russian Baltic Fleet presents a significant long-range precision conventional and theater nuclear strike threat to Western Europe.” Legacy Soviet-era warships and submarines are being modified to carry roughly three times the previous number of nuclear-capable cruise missiles, including not only the Kalibr but also the supersonic Onik antiship/land-attack missile. The report says that the Zircon hypersonic cruise missile “is expected to enter service in 2018, [and] will have a 500- to 1,000-kilometer [300- to 600-mile] range.” Russian warships will carry Onik missiles, which are prime candidates for dual capability and will be very difficult to intercept. (Russian press reports about cruise missile ranges probably refer to the nuclear versions—and it is likely that actual ranges are longer than those reported. In November 2017, General of the Army Valery Gerasimov said the range of the Kalibr was 2,500 miles, about 60 percent longer than previous reports. In a conflict with Russia, expect many surprises.)

Contrary to commitments made in the 1991–1992 joint U.S.-Soviet/Russian Presidential Nuclear Initiatives (PNIs), Russian warships appear to go to sea routinely with tactical nuclear weapons on board. In 2005, a Russian Defense Ministry publication, The Structure of the Russian Navy, stated, “The main strike force of the Navy consists of nuclear-powered submarines, armed with ballistic and cruise missiles with nuclear warheads. Those ships are constantly patrolling various regions of the oceans of the world and [are] ready for the immediate use of their strategic weapons.” The Russian Northern and Pacific fleets deploy the ballistic missile submarines, managing the country’s strategic naval nuclear strike capability, with the other fleets limited to tactical nuclear weapons. The Baltic Fleet reportedly keeps tactical nuclear weapons at sea, with some at Kaliningrad Oblast, a small extraterritorial province located between Poland and Lithuania. The Northern Fleet’s missile submarine Kursk, which sank in August 2000, reportedly carried “two cruise missiles with nuclear warheads” at the time of its sinking.[9]

Russia has exercised naval tactical nuclear strikes on more than one occasion in recent years. In May 2003, while the United States was focused on the opening stages of Operation Iraqi Freedom, Russia staged a major nuclear exercise in the Indian Ocean. ITAR-TASS reported the launch of Kh-55 (AS-15) nuclear cruise missiles, and other Russian media reported the firing of nuclear-capable antiship missiles. In 2010, the state-run Ria Novosti news agency said a simulated 200-kiloton nuclear detonation occurred in an Indian Ocean exercise but gave no details about the scenario. In a recent major warfighting exercise, Vostok 2014, Russia reportedly simulated nuclear weapons use against U.S. and Japanese forces.

Russian leaders alternate between overt nuclear threats and professions of benign intentions, coupled with propaganda attacks against U.S. policies and allies. In 2015, Russia’s Ambassador to Denmark Mikhail Vanin declared, “I don’t think that Danes fully understand the consequence if Denmark joins the American-led missile defense shield. If they do, then Danish warships will be targets for Russian nuclear missiles.” Putin’s 2017 decree is a clear directive to the Russian Navy to be prepared to destroy the U.S. Navy and allies with tactical nuclear weapons.

What is to be done? The use of Russian non-strategic nuclear weapons against U.S. and allied navies must be deterred. In addition to the risk of escalation and its consequences (nuclear and other weapons of mass destruction could be the end of civilization), the military effect of even sub-kiloton nuclear weapons on surface ships would be more than comparable to a battleship magazine explosion in World War I and II, and they would be a sure kill against any submarine.

“Deterrence” is not a nice word. U.S. presidential administrations have described nuclear deterrence as being about: “overwhelming and devastating” responses (President William Clinton); “overwhelming and effective” responses (President Barack Obama); and “fire and fury” (President Donald Trump). Credibility is critical. The United States cannot base deterrence on bluffs. Declaratory policy is important, but military forces-in-being are more important. Today, U.S. deterrence of nuclear attack on its own and allied navies rests mainly upon a threat to respond with an escalation to nuclear attacks against Russian land targets. This situation does not maximize deterrence. As Georgetown University Professor Matthew Kroenig wrote in the Wall Street Journal:

Imagine this scenario: Much like it did in Ukraine, Russia invades Estonia. The U.S. comes to the defense of its NATO ally, but as American troops flow forward, Russia uses a tactical nuclear weapon on a U.S. carrier group in the Baltic Sea, killing a few thousand. If you were president, how would you respond?

The strategy is meant to force a choice, as Henry Kissinger put it decades ago, between “suicide and surrender.” The U.S., which lacks commensurate tactical nuclear weapons, could retaliate with one of its big ballistic missiles or strategic bombers, risking a full-scale nuclear exchange and a global holocaust. Or the U.S. could back down, losing the war and shredding the credibility of its defense commitments.[10]

An in-kind deterrent capability is critical because Russian nuclear doctrine is based on the idea that Russia can deter and control the risk of escalation. Attacks against land targets likely will cause much collateral damage—and Western aversion to collateral damage is well known.

The United States and its allies are in a good position to restore deterrence of a Russian tactical nuclear attack on their navies at a modest cost. In the 2018 NPR, the Trump administration continues the Obama administration’s modernization program with certain improvements. Among them is a proposal for a new nuclear submarine-launched cruise missile, although its characteristics at this point have been only partially defined. Either this missile, or the new U.S. Air Force nuclear long-range standoff missile, or both, could be given an antisurface ship capability by including in it a sensor package capable of detecting warships. Such capability is not likely to change the cost of either program much.

The B-61 bomb could be given an antisubmarine capability by adding a fusing system capable of underwater detonation and giving the P-8 and/or the F-35C the ability to deliver it. Indeed, during the Cold War, a version of the British WE177 bomb (which was based on the B-61), had an antisubmarine warfare (ASW) mission. In addition to deterring Russian nuclear ASW attack, this could provide a defense against the Russian Status-6 nuclear drone submarine, the existence of which was confirmed in the NPR.

If the Russians face the possibility of retaliatory nuclear attacks on their large warships, their assessment of the advantages to naval nuclear first-use may change dramatically.

[7] Decree of the President of the Russian Federation, “Fundamentals of the State Policy of the Russian Federation in the Field of Naval Operations for the Period until 2030,” The Kremlin, 20 July 2017, dnnlgwick.blob.ore. windows.net/portals/0/RMSI_RusNavyFundamentalsENG_FINAL%20(1).pdf?sr=b&si=DNN FileManagerPolicy& sig=i110Z1rxZVzKbB%2BdHJ1CZuTxvwL3N7W34%2FLpksgT1Bs%3D.

Dr. Schneider is a senior analyst with the National Institute for Public Policy. Before his retirement from the Department of Defense Senior Executive Service, he served in a number of senior positions within the Office of Secretary of Defense for Policy. He also served in the senior Foreign Service as a member of the State Department Policy Planning Staff.