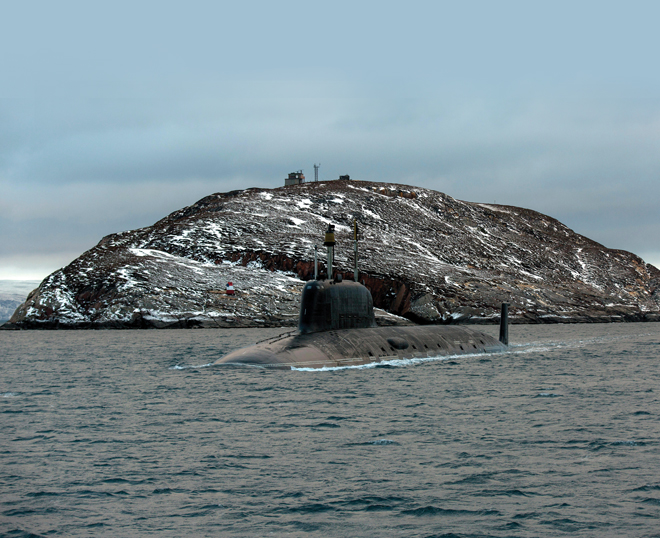 Like the Soviet Navy before it, the Russian Navy’s true power lies in its submarine force. Although recovering from a prolonged period of limited investment and confined activity, the various nuclear-powered fast attack submarines (SSNs), guided-missile submarines (SSGNs), and ballistic-missile submarines (SSBNs) Russia inherited from the Soviet Union make it a capable adversary in the undersea domain. If Russia is to remain a relevant player beneath the waves in the 2020s and 2030s, however, it will have to substantially recapitalize its aging submarine force in the coming decade.

Fortunately for Russia’s submariners, reinvigorating submarine construction has been one of the visible accomplishments of the Russian Navy’s modernization program for 2011–2020. Russia has built three new SSBNs of the Borei class (Project 955) and recently launched the second SSGN in the Yasen class (Project 885M)—an upgraded version of the well-known Severodvinsk—and it intends to build five more Borei-class SSBNs by 2021 and another four or five SSGNs of the Yasen class by 2023. Yet, these two classes of submarines only partially answer the Admiralty’s problem of how to replenish the Russian submarine force and replace ships set for retirement by 2030.

Looking over the horizon, the Russian Ministry of Defense already has commissioned a program to develop the fifth-generation submarine that will replace most of its old Soviet platforms. With the Yasen, this fifth-generation submarine will be one of the principal adversaries faced by the U.S. Navy, perhaps as soon as the late 2020s. The broad outlines of this program, called “Husky,” already are known. The concept had been discussed as far back as 2013-2014, although the requirements and design contract were not issued until August 2016, with a conceptual design expected by late summer 2018.

Russia’s famous Malakhit design bureau—author of the Victor, Alfa, Akula, and Yasen classes—has been given the lead for this project. The fifth-generation submarine is a unified design: the fore and aft sections will be common, along with key systems inside the pressurized hull. Modules introduced into the hull will split the program into three variants: a cheap-to-produce SSN, a more capable SSGN, and possibly an SSBN. This “joint strike submarine” is intended to take advantage of technologies that spent years in development and testing during the tumultuous design (and redesign) history of the Yasen class.

Russia seeks to leverage the pain and experience in realizing the Yasen class to design a more cost-effective platform. The vision is a cheap and modular Yasen derivative, with a few technological enhancements. Building a common platform is not easy, but it is hardly a stretch for Russia’s shipbuilding industry. Keep in mind the first SSBNs in the Borei class and the first Yasen class have much more in common than it might seem. These boats incorporated hulls and systems originally intended for Akula III-class SSNs that the Soviet Union planned to complete in the 1990s before halting production; they were adapted to create these fourth-generation submarines.

The Husky program’s first mission is to produce a design that is a de facto smaller and cheaper Yasen, weighing in at 4,000-6,000 tons compared to the Severodvinsk’s current 9,000. Improved composites and new polymers are supposed to be used throughout, further reducing the ship’s acoustic signature. Power, propulsion, control, and sonar are supposed to be shared across the three variants. The Russian Navy’s priority is a cost-effective SSN, with a construction time of four to four and a half years, so that it can produce 15-20 submarines. SSGN variants will incorporate a vertical launch system (VLS) payload module. SSBN variants could be built in the latter years of the program, contingent on what happens with the New START arms control treaty.

While Malakhit is working on the design, Russia’s United Shipbuilding Corporation is investing in modernizing the equipment necessary to build the fifth-generation submarine. Other companies and state-owned enterprises, such as the Krylov State Research Center, are improving composites with the hope of integrating them into the submarine’s construction when it is laid down sometime in the mid-2020s.

The design contract for this next-generation submarine is driven by the practical need to replace the aging mix of Oscar IIs, Akulas, Sierras, and Victor IIIs. The Soviet-era boats currently in the fleet include Delta III SSBNs, soon due for retirement, and Delta IVs that have another 10–12 years of life. Some of these submarines will be well past their useful service lives by the end of 2020s, and the cost of modernizing them would be exorbitantly high because Soviet submarines were not meant to be upgraded so much as discarded every 30 years. Although they have not been used much during recent years, these simply are not the ships the Russian Navy wants to be sailing in the 2030s.

The Russian Navy’s other ambition is to consolidate the disparate SSN and SSGN classes into a few multipurpose designs. That is where the Husky program comes in, though its real name should be “cheaper Yasen.” For now, Russia is likely to substantially upgrade four of eight Oscar II SSGNs and at most four to six of the ten Akulas currently in service. This will extend their service lives, replace some key systems, and dramatically improve their strike package with SS-N-26 and SS-N-27 missiles. Victor IIIs probably will be scrapped. Modernization of the Sierra class has been suspended, and there is no urgency in upgrading it because the submarine’s titanium hull can last a long time.

As a consequence, by 2030 Russia will need to retire 11-13 SSNs and SSGNs. These will be made up for by six or seven new Yasen-class SSGNs, but the Yasen is expensive, slow to build, and not meant for production in large quantities. This submarine is the single most costly item in the current modernization program, estimated at somewhere between $1.5 billion and $3 billion a piece. This may seem a bargain compared to the cost of U.S. submarines, but it is taxing the Russian procurement budget. The Russian Navy hopes the Husky program will erase the remaining deficit in ship numbers at a much lower operating cost relative to the price of maintaining a diverse and aging fleet.

How realistic are Russia’s ambitions for a fifth-generation submarine? Typical of ship requirements, the Russian Navy wants the fifth-generation submarine to do it all, do it better and cheaper, and be faster and easier to build. Taking into account the technological sophistication of the Yasen class and the production capacity at Russia’s principal nuclear submarine shipyard, Sevmash, it is fair to say that the knowhow and production capacity exist. In fact, Russian submarine construction has been on a positive trend line for several years now.

Russia currently has 12 nuclear-powered submarines laid down or in various phases of construction. Even if there are further delays in the Borei and Yasen programs, there is no reason a fifth-generation submarine cannot be laid down by the mid-2020s. Indeed, if there are delays, the Russian Ministry of Defense likely will abridge the Yasen program in favor of this new cheaper variant with similar performance. An SSBN derivative is less realistic. The Borei class is capable of replacing the Delta IIIs and Delta IVs. Also, the Rubin design bureau—not Malakhit—historically has been responsible for SSBN development, and Russia’s defense industry might not be so keen on a common SSN/SSGN/SSBN platform. When all is said and done, the Malakhit design bureau probably will produce a versatile SSN/SSGN design for the Russian Navy.

Time will reveal what Russia’s fifth-generation submarine design will look like, but early contours of the future already are visible. The brainchild of the Husky program will become one of the U.S. Navy’s principal adversaries in the undersea domain in the 2030s, and the Russian Ministry of Defense has begun working on making that future a reality.

Mr. Kofman is a senior research scientist at the Center for Naval Analyses and a Fellow at the Kennan Institute, Woodrow Wilson International Center, in Washington, D.C. Previously he served at the National Defense University as a program manager.

Mr. Kofman is a Russia analyst with the Center for Naval Analyses in Washington.