Deception Is the Chinese Way of War 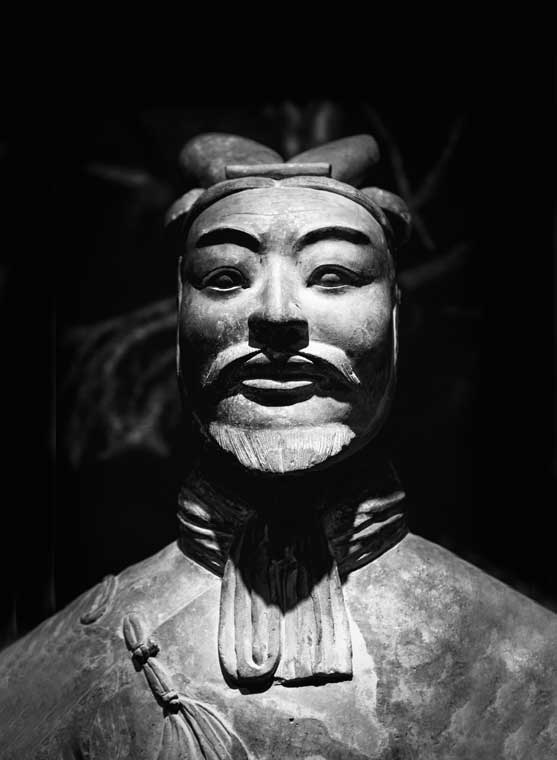 Chinese military texts on the teachings attributed to Sun Tzu emphasize the radical and effective nature of deception in Chinese warfare. Ren Li, editor of Lectures on Sun Tzu’s Art of War, argues that “warfare is a way of deception” is the most shocking concept in the Sun Tzu because it favors an unchoreographed, asymmetric approach to fighting while rejecting any notion of constancy in warfare.1 The People’s Liberation Army (PLA) uses these military texts to encourage commanders to do all they can to mislead their adversaries while employing agile and flexible responses to the actual conditions encountered on the battlefield.

PLA Senior Colonel Ma Jun, for example, leans heavily on this interpretation of deception, charging that “War is precisely war. War is precisely a fight to the death (literally: ‘you die and I live’). It is not possible in this domain to pay attention to morality.”2 Ma notes, however, that such deception is to be used only against adversaries and never against one’s friends and colleagues.3 While it is unlikely that a casual reader of the Sun Tzu would derive such insights from these writings, knowing how the Chinese military interprets these texts is key to understanding their rationale for operations.

Much of the academic research on the Sun Tzu tends to follow traditional Sinological threads—historical, linguistic, and philosophical. Mass-market publications apply or misapply the text to contemporary issues such as business, leadership, and golf. Chinese military interpretations have a distinctly different and practical focus.

PLA texts explain warfare constantly is changing and cannot be fought by relying on predetermined strategies.4 They emphasize further that the Sun Tzu’s “way of deception” adds a series of rules to be applied dynamically in various conditions to get the upper hand. These guiding principles must be mastered for planning and directing war. Deception refers to:

Guiding principles allow the warrior to develop methods to turn deception into a “magic weapon” that a military strategist brings into play through initiative to vanquish the enemy and gain victory.7

The Sun Tzu presents 12 methods of employing deception. PLA texts explain that this is not an exhaustive list, but instead is a compendium of appropriate actions that might be taken in various situations. The list addresses both actions that could be used to deceive or mislead the enemy and other actions that do not meet the typical definition of deception (e.g. if the enemy is strong, evade him).

These categorizations emphasize Ren Li’s point that the goal of the “way of deception” is “to as much as possible increase our advantageous conditions and reduce the adversary’s advantageous conditions.”9 Deception not only involves manipulating an adversary’s understanding of one’s own capabilities and intentions, but also includes manipulating the situation with the goal of further degrading the adversary’s capabilities. PLA texts include detailed analyses of each of the 12 methods of deception, explaining the meaning, application, historical examples, and contemporary significance of each method.

For example, Method 9 (If your adversary is angry, then aggravate him) varies across PLA texts in interpretation. At first, it seems unambiguous: “If the adversary is a bad tempered or obstinate and self-opinionated commander, you should think of ways to enrage him, causing him to do battle with me while in a state of having lost his reason.”10

But Ma Jun broadens his explanation by highlighting the importance of preventing one’s side from falling victim to such a method;

We must teach commanders to certainly be cool-headed and calm, not able to bad temperedly do battle. They themselves are not angry and rationally command operations, however we want the same to cause the adversary’s commanders at will and in a violent rage to send their armies to do battle. This is the implication of “If he can be provoked, [then] agitate him.”

Ma Jun then relies on a “warring states” era example to demonstrate the danger of being easily provoked and concludes by restating the importance of keeping control of one’s anger, even in peacetime.11

Other analysts take a different view. Because the character translated as “angry” may have originally meant “to have high morale,” some translate Method 9 as, “If morale is high, I should avoid his capabilities, wait for his morale to decline, and then attack him.”12 Ren Li similarly interprets Method 9 as, “If enemy morale is running high, then frustrate him.”13 Despite these differences, there remains universal agreement among PLA texts that the Sun Tzu’s deceptive methods must be understood and applied to achieve success in war.

Specific applications of the Sun Tzu occasionally are included in PLA literature. Essentials of Sun Tzu and the Art of War and Submarine Operations, written by the PLA Navy Submarine Academy, for instance, provides four examples of how “warfare is a way of deception” might be applied to submarine operations.

While the types of submarine operations being proposed are consistent with historical submarine employment, it is interesting to note how the Sun Tzu’s precepts are used to rationalize current operations.

PLA texts analyzing the Sun Tzu’s “warfare is a way of deception” confirm that efforts to mislead one’s adversary are deeply ingrained in the Chinese way of war. While inflexible plans established on anticipated conditions have no place in warfare, PLA commanders must employ agile and flexible deceptive responses to the actual conditions encountered in battle. Whether deception is a decisive “magic weapon” in modern war or not, remains to be seen.

The Rise of Deceptive War

The Sun Tzu’s influence on the Chinese military’s view of deception must be understood in context of seventh century Chinese warfare. Warfare was a highly ritualized and ceremonial affair that followed traditional procedures in which “an enemy force was encountered in the field, the day and place of battle would be formally fixed by the two parties, and then the requisite preparations for combat would begin.”15 Martial legitimacy was earned by conforming to established military protocol. Going into battle without properly establishing one’s battle array would not be considered real combat. Even if victory was achieved, at best the outcome was described as “defeating such-and-such an army.”16

The Zuo Zhuan (“The Zuo Tradition”), an early Chinese classic, describes such an encounter between the states of Song and Chu in 638 BC. As the warriors of Chu were crossing a river, the Song general twice requested permission from his ruler to attack the vulnerable force and twice was denied. The Song ruler explained that his sense of honor would not allow him to attack the enemy until they had established their battle lines. Ultimately, the Chu force crossed the river, formed their battle lines, and routed the inferior Song army.17

Given such expectations for ritualized and predictable martial practices, one can imagine how the Sun Tzu’s 12 methods of deception were received.

When one is capable, give the appearance of being incapable.

When one is active, give the appearance of being inactive.

When one is near, give the appearance of being far.

When one is far, give the appearance of being near.

When one’s opponents are greedy for advantage, tempt them.

When one’s opponents are in chaos, seize them.

When one’s opponents are secure, prepare for them.

When one’s opponents are strong, evade them.

When one’s opponents are angry, aggravate them.

When one’s opponents are humble, make them arrogant.

When one’s opponents are at ease, make them weary.

When one’s opponents are friendly to each other, divide them.

Herein lies the victoriousness of the strategist, which cannot be divulged beforehand.18

Traditionalists who revered classic precepts as sources of moral guidance considered the use of deception in warfare to be unethical.19 Eventually Sun Tzu commentators, such as eighth century Song dynasty scholar Zhang Yu, noted, “Although the root of the use of military force is based on benevolence and righteousness, for them to be victorious they must rely on deception.”20 Over time, deception has become the accepted Chinese way of war.

*Author’s Note: Since Sinologists are not entirely sure about the provenance of the text of Sun Tzu (it was compiled several hundred years after Sun Tzu’s lifetime), concepts and citations are appropriately attributed to “the Sun Tzu.”