We Have Been At War a Long Time 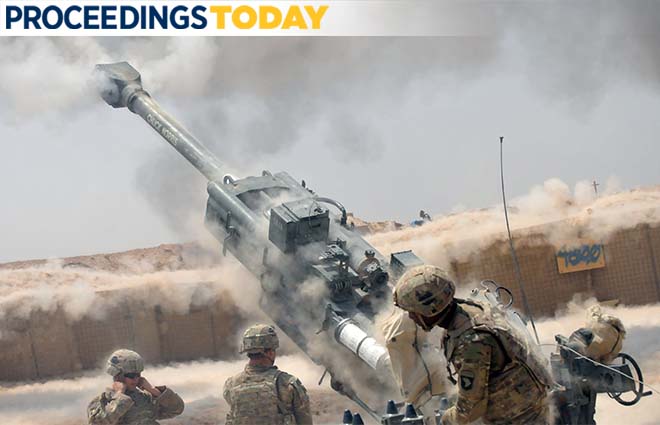 If your kids or grandkids are 16 years old or younger, they live in a nation that has been at war continuously since they were born.

If you entered the U.S. military in 2001, your branch of service has had some role in the bloody chaos of combat since you left basic training. You probably knew a few of the 6,800 Americans in uniform who have died in war since you began serving.

If you’re an American taxpayer, you have borrowed from the future to run up a war bill estimated at $4.8 trillion. And interest payments on this war debt are estimated to reach a total of $8 trillion by 2050.

If you live in Iraq or Afghanistan, you’ve seen more than 370,000 of your countrymen killed in direct violence and another 800,000 dead from the indirect effects of war since 2001.

If you’re a student of history, you’ve watched the Middle East transform into this century’s biggest threat to global stability.

But if you're the average U.S. citizen, these facts mean little. If you serve in Congress or the White House, they seem to mean even less.

When did we as a nation accept that war is normal?  When did we choose to wage endless war in distant countries of no direct threat to the United States?

There is plenty of blame to go around for how we have arrived here: ourselves for sliding into an apathetic stupor on the death of strangers; our politicians for ignoring the Constitution; our elites for allowing the children of others to take the place of their own in defending the United States; the all-volunteer force for severing the tight link between our citizenry and our nation’s defense.

In 1973, we decided to end the draft and rely exclusively on volunteers for our military. This was no big change for Air Force, Navy, or Marine Corps — these services generally have relied on volunteers. But for the Army the change was huge. The Army in the past always had a professional cadre that was augmented by draftees to give it the size and connection to the will of the people needed to fight its wars.

How has our Army done as an all-volunteer force? With the mightiest assemblage of military power in history, it has lost two wars against small bands of ill-equipped irregulars.

The Army’s model of war has four layers. At the bottom, the layer labeled tactics is doing astonishingly well; contributions of the “strategic corporal,” the sergeant, and the fine young officers we have up to field grade are eye-watering.

The layer above, operational art, is empty. We just do not know how to fight in the Middle East, how to take and hold ground, how to put stability in place after winning a battle.

Above that, military strategy meanders from one flavor-of-the-month to the next; there is no coherent strategy for winning. In fact, we do not even have a fixed definition of what winning is.

At the top layer, grand strategy, the province of our Commander in Chief, we see our wars divorced from statecraft and outsourced to the Pentagon.

We need to ask ourselves, how did we get to this sad state? It flows from our panicky reaction to the 9/11 terrorist attacks in the United States. It follows from George W. Bush’s ill-considered war in Iraq. Congress enabled it by essentially authorizing any war anywhere in the Middle East . . . forever.

This situation is made easier because the Army likes having a standing force not dependent on a draft.

And all we red-blooded Americans accept it as patriotism and support for the troops—glad our kids won’t have to go.

This essay—or any essay—will not change things. There is little any individual can do to bring our nation back to balance, to restore our government to its constitutional foundation, and to force our culture to see war as a last resort (not a first choice).

There is one thing within the power of us all, however; get clear in our hearts and minds that this permanent state of war is at its core un-American.