Fitzgerald: There But for the Grace of God Go I 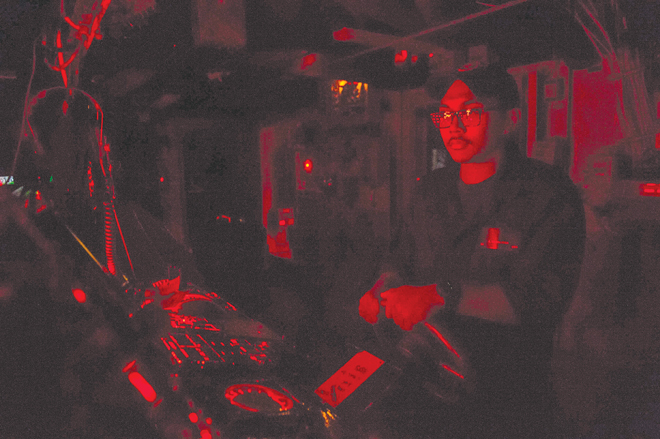 Regarding the USS Fitzgerald (DDG-62), the churn in the national media seems to have resolved to mourning the dead and wondering how things could have gone so terribly wrong. Speculation, including the ridiculous, is rife, and to most, the collision of a warship and a foreign merchant seems to be the greatest of mysteries. But to those who have navigated a crowded seaway at night, it is understood that the truth is likely to be much more prosaic, if also much more gut-wrenchingly familiar.

At this point, no one knows exactly what happened when ACX Crystal collided with the Fitzgerald, save for a few, and they will remain silent as the Navy conducts its remorseless, meticulous, and necessary investigation. Nevertheless, it may be useful for those who have not been at sea at night to consider how extraordinarily complex things can become and how safe navigation often must proceed from science to art.

Even in the inky blackness of a moonless night, where horizon and sky are seamlessly welded together, if one’s eyes are given enough time to adjust, a critical detail may reveal itself. Consequently, after sunset, any sort of light that might compromise a watchstander’s “night vision” is anathema. This is why entire watch teams spend a seemingly bizarre amount of time ensuring that it stays dark in the pilothouse. Not only are all lights effectively snuffed, but the overhead of the bridge is often painted black to absorb, rather than reflect, any ambient light. All screens and scopes are turned down to the lowest possible glow, and when not being examined, they are turned even lower. The aim is to be able to detect the dimmest light, or even shadow, as the officer of the deck (OOD) searches the horizon.

As far as the OOD’s ability to “decode” the surrounding and often hectic world, it must be understood that no matter how many electronic tools become available, whether they be radars or the Automatic Identification System (AIS), there cannot be—and there never will be —a substitute for alert eyes and trained calculation. With experience, an OOD will be able to instantly determine which other ships pose a risk, based only on their relative bearing, target angle, bearing drift, and lighting schemes or day-shapes. A skilled mariner will be able to separate wheat from chaff more quickly and correctly than any computer. Even today, with all of the technology available, we still rely on the judgment of our officers.

Accordingly, not only is light (or lack thereof) in a ship important, but also the lighting displayed on other ships, and particularly at night, is of the most vital import. Every mariner knows what the law is regarding lighting required in one’s own as well as in other ships, but an experienced mariner also knows that many ships will fail to comply with the law. A ship pulling a barge at sea, for example, is required to show at least seven distinct lights of differing colors, intensity, arc of visibility, and position. When they are properly displayed, it becomes perfectly clear what he is, what he is doing, and who must stay out of the way of whom. It is also understood that he is towing a barge behind him, at some distance, and is connected to that potentially half-mile-behind-him barge by a cable. Without these clues, disaster beckons.

Honestly, though, while there are many tugs towing barges at sea, I recall having only once seen one displaying the proper lighting scheme, and that occasion was so memorable because it was so rare.

In short, even when you can see the lights of another ship, it may take some time to figure things out—all of which are intended to be obvious, based on his lighting scheme. And it is not just lights that must be factored into a mariner’s calculus. He or she must also consider: visibility; traffic density, including concentrations of fishing boats or any other vessels; the maneuverability of these vessels, including one’s own ship, with particular regard to stopping distance (which, in the case of a large tanker, may be a mile or more) and turning ability in the prevailing conditions; the presence of background lights at night from shore; the state of wind, sea, and current and the proximity of navigational hazards; and the draft of one’s own ship in relation to the available depth of water.

Radars do not do this. Computers do not do this. Humans do, and it would be difficult to capture the complexity of making sense of the situation as broken and half bits and pieces of data flood in, each one of which has been made to “fit” in order to develop the picture on a dark night.

As for who must yield to whom—who has the “right of way”—much has been made, and will be made, regarding the “Rules of the Road” in the case of the Fitzgerald’s collision. All surface warfare officers not only should have memorized these rules, but also should have reflected long and hard on the particular implications of each.

Nevertheless, the difference between theory and practice can be substantial. I offer one example. If one ship is overtaking another ship, it is incumbent on the overtaking ship to alter her course and speed to effect the passage safely. The ship being overtaken is obligated to maintain course and speed until the encounter is completed. This all sounds very clear until one defines an overtaking situation. Simply put, if there is a ship more than 22.5 degrees abaft my beam, and she is closing my position, that ship is by definition overtaking me and must stay clear of me. Will she? What does she consider to be a wide enough berth? It is also worth understanding that if, for example, that ship moves to 112 or 248 degrees relative, the situation changes entirely, and I might become the “give way vessel.” Was the Fitzgerald being overtaken or was this a crossing situation?

Also, the rules apply whenever ships are within “sight” of one another. The imagery presented by the media in the case of the Fitzgerald shows only the Fitzgerald and ACX Crystal. There may have been—and almost certainly were—dozens of other ships in the immediate vicinity, all of which merited attention.

What do I know, and what don’t I know? Where do I have to be and when? Is his bridge even manned?

Of course, the OOD is not alone in his effort. There is another officer or very experienced chief petty officer inside the ship’s nerve center, generally known as the combat information center (CIC), who is charged to back up the OOD. CIC monitors not only the same radars as the bridge, but also other systems that help clarify the local universe. One must ask, what did CIC know and when did they know? What did they do? Did they say, “OOD, what the hell are you doing? Don’t you see ACX Crystal?” Did they say, “Call the captain right now or I will?”

There is also an aft lookout in warships. It is a lonely and quiet watch, and it is conceivable that somehow this watch failed. More than one aft lookout has taken refuge from the weather in a place where his or her vision was blocked from potential threats. More than one has dozed off.

The point is that to the average person, the Fitzgerald’s story seems mostly to be this: “How could a small ship, in such a big ocean, fail to avoid another ship that certainly must have been seen by radar, at least?” The answer is that there are a million variables involved, and this is why those who have had command at sea never second guess the man or woman there in the arena. Unless you were there, it is impossible to know.

There is not a single captain who cannot share at least one, or two, or three “There but for the grace of God go I” moments. Vladivostok, Saipan, or somewhere else where things can go badly, very quickly, and completely unexpectedly. Usually, these moments occur at or near a pier but not always. Whether maneuvering during a reorientation of a screen or patrolling the impossibly congested coast of Beirut, or whether you are the Fitzgerald exiting Tokyo Wan, bad things can happen to good people, despite the best and most exhaustingly good intentions possible of the men and women serving. And this can never be more upsetting than in the case of a warship, graced with such excellent personnel and systems, in which lives are lost. Having said that, these ships were never built to stay in safe harbor, and this is the risk and cost of owning and operating the greatest Navy in the history of navies.

Editor’s Note: Proceedings Today published Captain Eyer’s “Fitzgerald: When a Big Ocean Gets Small” on 20 June. This feature can be accessed at usni.org/fitzgeraldstory.