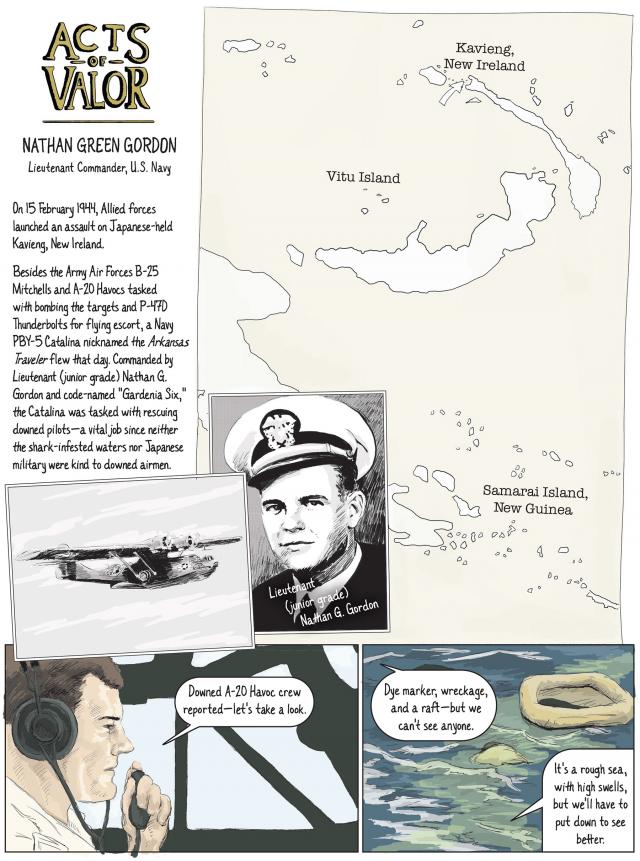 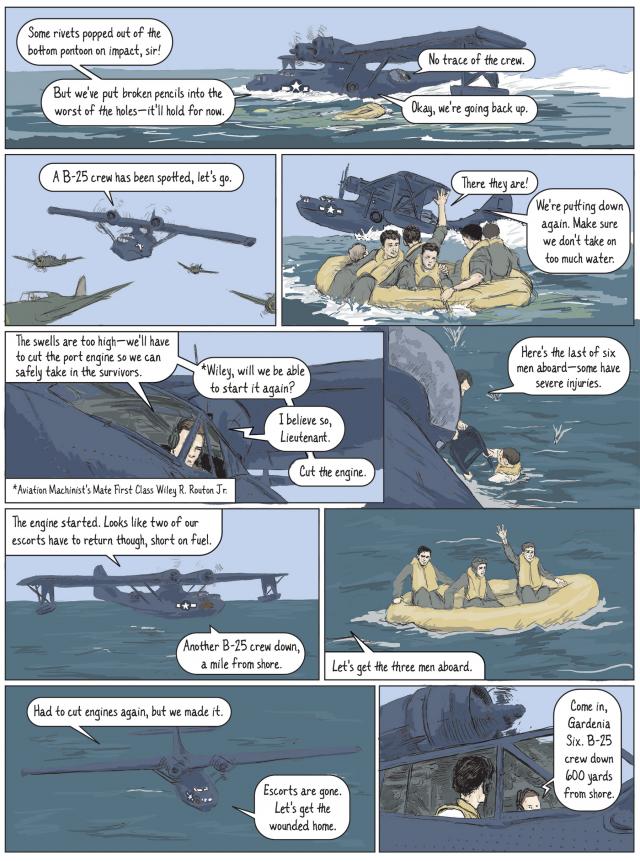 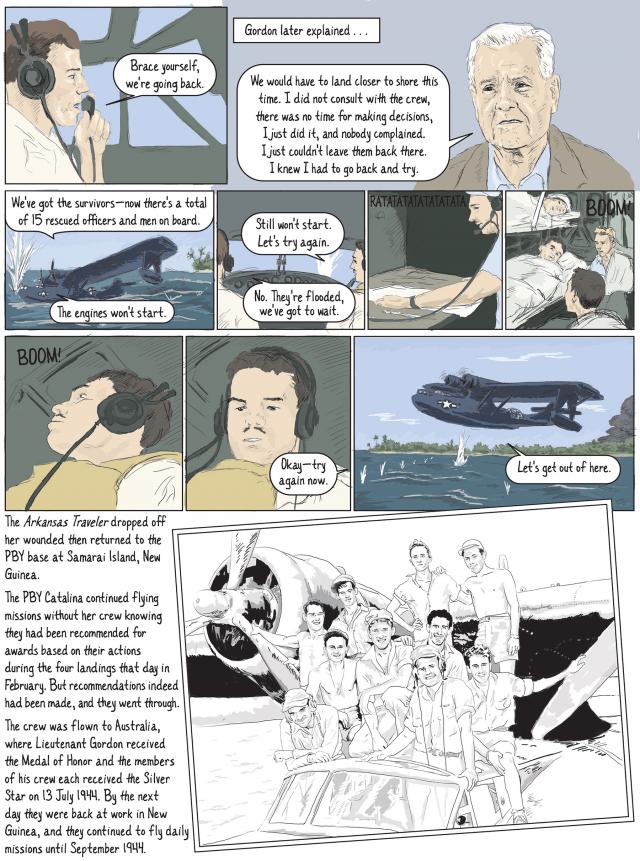 Kelly Swann
Graphic artistry re-creates the story of the four courageous U.S. Navy divers who earned Medals of Honor for rescuing the survivors of the sunken USS Squalus (SS-192) in 1939.