Skip to main content
The Martin-built MS-1 Bureau of Aeronautics No. A-6525 was the only one of the 12 small seaplanes to undergo full tests with the submarine S-1 in 1926.
J. M. Caiella

During World War I, several navies gave consideration to operating scouting aircraft from submarines. The aircraft could extend the search area of the low-lying submarine, which was vital for seeking out merchant ship targets as well as possible threats from warships.

Great Britain, France, Italy, Japan, and the United States experimented with aircraft-carrying submarines between the world wars, but during World War II, only Japan actually employed submarine-launched aircraft—and it did so to a significant degree. Indeed, the only air attack on the continental United States was by a Japanese E14Y “Glen” floatplane from the submarine I-25, which twice carried out bombing missions over Oregon forests in August 1942. (No significant damage was inflicted.)

The largest non-nuclear submarines ever constructed were the Japanese I-400 class, with three boats completed in 1944–45. They were intended to conduct bombing attacks on U.S. cities, with each carrying three floatplanes launched by catapult, but they became operational too late to be used in the war.1

In the U.S. Navy, the Bureau of Aero-nautics began looking into the feasibility of submarine-launched scouting aircraft soon after World War I. The Navy ordered three floatplane designs in 1921 for possible use on board submarines: the J. V. Martin K-IV, Macchi M.16, and Caspar-Heinkel U.1. In addition, demonstrations with the small M-1 Messenger biplane, built to an Army design by Sperry Aircraft, aroused Navy interest in a similar design for a single-seat scouting aircraft.2 (Lawrence Sperry gained national attention when he landed a Messenger in front of the Capitol in Washington, D.C., and bounced up the building’s front steps; he also landed his plane next to the Lincoln Memorial.)

Sperry built some 50 of these aircraft for the U.S. Army as well as additional, two-seat models for civilian use. The aircraft made the first contact between an airplane and an airship in flight, with a “hook-on” taking place in December 1924. The Army non-rigid airships TC-3 and TC-7 were used in these trials; while that service did not pursue the concept, the efforts contributed to the Navy’s development of “flying aircraft carriers”—the rigid airships Akron (ZRS-4) and Macon (ZRS-5).

The Navy awarded two contracts for the production of floatplane variants of the Sperry design, with the specific intent of exploring their use with submarines. The planes were to be assembled and disassembled quickly, with solid struts being substituted for the traditional interwing wires to avoid the tedious rigging procedures. Cox-Klemin Aircraft of College Point, Long Island, New York, received an order for six aircraft designated XS-1; these were of wood and fabric construction. The Glenn L. Martin firm of Cleveland, Ohio, received an order for six aircraft designated MS-1, which were among the first aircraft to be built of aluminum (then known as duralumin) with fabric coverings.

The floatplane power plant was the same one used by the Army M-1. After delivery, one XS-1 was redesignated XS-2 when fitted with the experimental Kinner engine.

The first flight of an MS-1 variant was from Lake Erie in early 1923. At that time, the Bureau of Aeronautics was proposing the provision of floatplanes and their hangars to a large number of submarines.

Late in 1923 the Navy selected the submarine S-1 (SS-105) as the platform for the floatplane experiments. The submarine, lead boat for a large class of undersea craft that served through World War II, had been completed in 1920.3 In January 1923, she had been assigned to Submarine Division Zero, a one-submarine unit created for experimental work. Subsequently, the S-1 was fitted with a steel hangar aft of the conning tower that could accommodate a disassembled floatplane. Special gear also was installed for handling the aircraft components.

More trials were carried out that year, but all the experimental aircraft soon were discarded. The S-1 returned to more conventional submarine duties, ending such aviation activities in the U.S. Navy. She served in the Navy until 1937. Recommissioned in 1940, she was transferred to Great Britain in 1942, then was returned to U.S. custody in 1944 and scrapped.

Thus ended the U.S. Navy’s brief “flirtation” with aircraft-carrying submarines. After World War II, the U.S. Navy modified submarines to serve as troop and commando transports (designated SSP/ASSP/APSS/LPSS), and at times helicopters came to roost on their decks. The helicopters, however, were not embarked as were the fixed-wing aircraft on submarines in previous efforts. And in the 1950s there were—very briefly—proposals to develop aircraft-carrying submarines. Probably the most ambitious of these concepts was for a nuclear-powered submarine that could carry ten supersonic vertical take-off and landing (VTOL) fighters. Dubbed Project Flying Carpet, this and a few other proposals were dropped early in their development.4

The S-1 and the bevy of floatplanes of a variety of designs remain the only U.S. Navy chapter in the story of aircraft-carrying submarine operations. 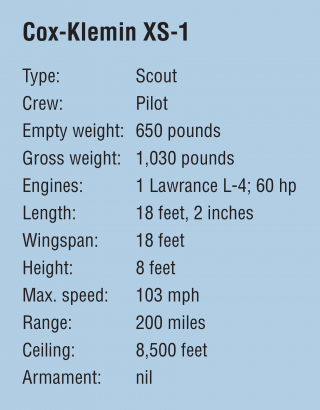 Author's Note: Mr. Jacob Gunnarson was most helpful in preparing this column.

3. During World War II, these submarines served in the U.S., British, and Polish navies.