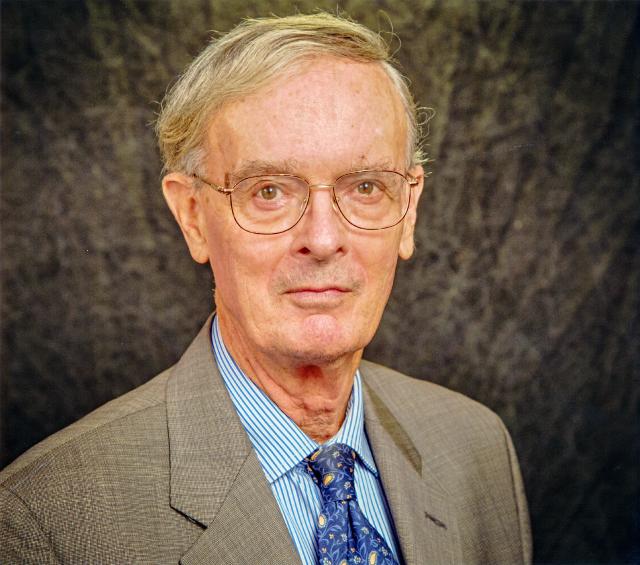 Vice President for Planning and Operations

A. Denis Clift served as President of the National Defense Intelligence College, the flagship degree-granting education and research institution in the U.S. Intelligence Community, from 1994–2009. In 1999, he was elected to serve as a Commissioner on the Middle States Commission on Higher Education for the term 2000–2002, and was reelected for the term 2003–2005. From 1992–2009 he served as a Presidential Commissioner on the U.S.-Russia Joint Commission on Prisoners of War/Missing in Action created by President George H.W. Bush and President Boris Yeltsin with the goal of accounting for servicemen still missing from past conflicts.

Mr. Clift was born in New York City, New York. He was educated at Phillips Exeter Academy (1954), Stanford University (B.A. 1958), and The London School of Economics and Political Science, University of London (M.Sc. 1967). His academic honors include three Honorary PhD degrees—from the Institute of the General Intelligence Agency of Mongolia (2008), Robert Morris University (2009), and the National Intelligence University (2011). He is a veteran of two Antarctic expeditions, including the 1961 Bellingshausen Sea Expedition. From 1963 to 1966, he was Editor, United States Naval Institute Proceedings. In 2009, he rejoined the Naval Institute where he serves in the senior leadership as Vice President for Planning and Operations.

He began a career of public service as a naval officer in the Eisenhower and Kennedy administrations and has served in military and civilian capacities in the administrations of 11 successive presidents, including 13 years in the Executive Office of the President and The White House. In 1971, he joined the National Security Council staff. From 1974 to 1976, he was head of President Ford's National Security Council staff for the Soviet Union and Eastern and Western Europe. From 1977 to 1981, he was Assistant for National Security Affairs to the Vice President of the United States Walter F. Mondale. From 1991 to 1994, he was Chief of Staff, Defense Intelligence Agency, following service as Deputy Director for External Relations of the Agency. He attained the highest Senior Executive Service rank—SES-6—in 1993.

His awards and decorations include the National Order of Merit, Rank of Knight, awarded in 2009 by President Traian Basescu, Romania's highest national decoration for a foreigner; the President's Rank of Distinguished Executive, awarded by President George W. Bush in 2001; the President's Rank of Meritorious Executive, awarded by President Ronald Reagan in 1986; the Department of Defense Medal for Distinguished Public Service; the Department of Defense Distinguished Civilian Service Medal; the Director of National Intelligence's National Intelligence Distinguished Service Medal; the Coast Guard's Distinguished Public Service Medal; the Secretary of Defense's Meritorious Civilian Service Medal; the Secretary of the Navy's Commendation for Achievement; the Oceanographer of the Navy's Superior Achievement Award; and the Director of Central Intelligence's Sherman Kent Award and Helene L. Boatner Award. He directed the production of the film "Portrait of Antarctica" screened at the Venice Film Festival. His books include the novels The Bronze Frog (Naval Institute Press) and A Death in Geneva (Random House), and non-fiction Our World in Antarctica (Rand McNally), With Presidents to the Summit (George Mason University Press), Clift Notes: Intelligence and the Nation's Security (NDIC Press), co-author, Strategic Intelligence (Praeger), and co-author The National Security Intelligence Handbook (Oxford University Press).