In this preview of the new graphic novel from Dead Reckoning, an imprint of the Naval Institute Press, two of the top talents in comics
today introduce the heroic story of the torpedo bomber crews who flew outdated Fairey Swordfish biplanes in World War II.
By Garth Ennis and P. J. Holden
Naval History Magazine
Article
View Issue
Comments 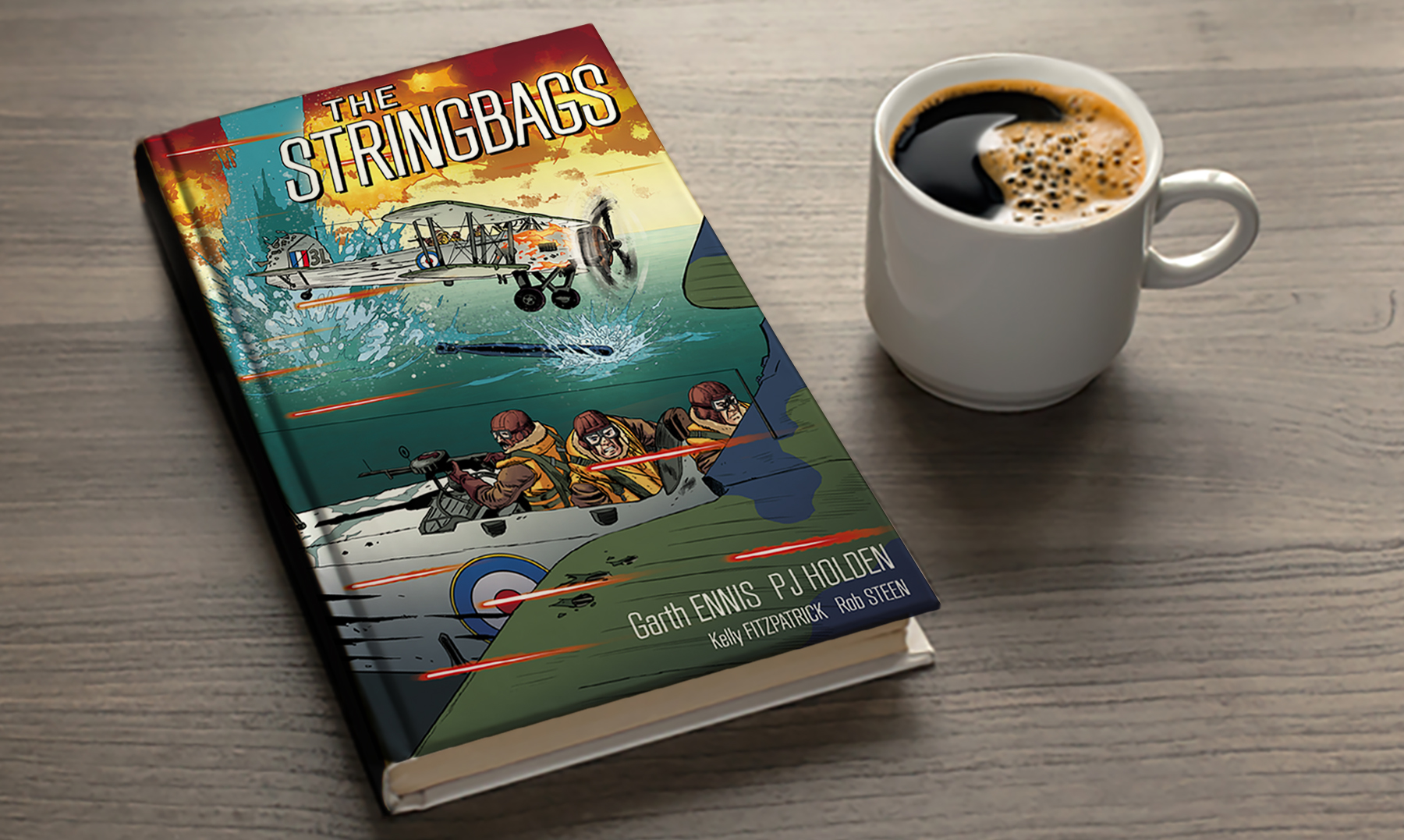 Garth Ennis has been writing comics since 1989. Credits include Preacher, The Boys (both adapted for TV), Hitman and successful runs on The Punisher and Fury for Marvel Comics. He is particularly known for his war comics, including War Stories, Battlefields, Out of the Blue, Sara, and a recent revival of the classic British series Johnny Red. Originally from Northern Ireland, Ennis now lives in New York City with his wife, Ruth.

PJ Holden is a Belfast-based comic artist. Best known for his work for 2000AD on Judge Dredd, over the last twenty years he�s also drawn Rogue Trooper, Robocop/Terminator, James Bond: M, World of Tanks, and Battlefields. He is the co-creator of Dept. of Monsterology and Numbercruncher. He is married to Annette and has two children, Thomas and Nathan.