The “winning season” of the late Paul Allen’s team on the R/V Petrel continued to make headlines in October, with three new deepwater discoveries. The Japanese carriers Akagi and Kaga, both lost in the Battle of Midway, and what likely is the scattered wreckage of the USS Johnston (DD-557), lost off Samar during the Battle of Leyte Gulf, have been located by a team led by Rob Kraft. They worked in cooperation with the Naval History and Heritage Command and the National Oceanic and Atmospheric Administration’s (NOAA’s) Papahanaumokuakea Marine National Monument, site of the June 1942 naval air and sea battle that took place around and off Midway Atoll.

The Marine National Monument, established by presidential proclamation in 2006, includes not only Midway Atoll but also submerged seabed in which the remains of the battle lie beneath in more than 15,000 feet of water. The many cultural and historical resources—from native Hawaiian, European, and American whalers—and World War II sites located there were key reasons for setting aside the area for protection. Previous surveys by Robert Ballard located the wreck of the USS Yorktown (CV-5), a survey led by David Jourdan, working with the Navy, located scattered wreckage from the Kaga.

NOAA Maritime Heritage Program archaeologists, working with partners from other federal agencies and universities, have documented several naval shipwrecks and aircraft in shallower waters in Midway’s lagoon and around the atoll since 2003. These sites reflect the significance of Midway Atoll as a naval air station and a base—key factors in its selection as a target by the Imperial Japanese Navy in June 1942.

The work by the Petrel team comes after exhaustive archival research and a systematic survey with sonar of the seabed. The approach is methodical, focused on finding everything visible to the sonar in the darkness of these abyssal waters. The battlefield is the resting place of thousands of men, five carriers, the destroyer USS Hammann (DD-412), and the Japanese heavy cruiser Mikuma, as well as 145 U.S. and 228 Japanese aircraft.

The latest deepwater archaeological discoveries, like the earlier ones here, have shown that many of these wrecks are well preserved, still painted, and bear the scars of blast and fire. The deep ocean is both a graveyard and a vast museum.

The wrecks of the two carriers and the likely wreckage of the Johnston visibly and powerfully demonstrate the devastating damage they suffered, with scattered wreckage providing evidence of the massive explosions and then the partial disintegration of the ships as they fell miles to the bottom. Ongoing work and analysis of the data from these dives, as well as any subsequent dives to the lost ships and aircraft of the Battle of Midway, doubtless will lead to new perspectives on the battle, based on the levels of preservation noted when the Petrel located the wreck of the USS Lexington (CV-2) and its aircraft in the Coral Sea (see “Lexington, Juneau Found in Banner Month for Wreck Discoveries,” June 2018, pp. 6–7). Aircraft can be identified by their Bureau of Aeronautics numbers and tied to specific pilots; some experts have theorized that we may be seeing the same type of evidence at Midway.

The wreck of the USS Johnston rests more than 20,000 feet down, making this the deepest wreck yet found. Like the Midway discoveries, it is a reminder that the underwater frontier is steadily opening to new finds that speak not only to our past, but also to the need for ongoing work to survey, study, and learn from this planet’s final frontier. All sailors know the importance of the sea, and yet 94 percent of this 71 percent of our planet’s surface remains unexplored and unknown. What lies down there is more than a record of our history. It is a strategic frontier and of immense scientific and economic importance.

A team from the Lost 52 Project, an underwater exploration initiative searching for missing U.S. submarines from World War II, announced in November it had discovered the wreck of the USS Grayback (SS-208) more than 1,400 feet down in the East China Sea, about 50 miles south of Okinawa, Japan.

The Tambor-class submarine sank on 27 February 1944 at the tail end of her tenth, and most successful, patrol. A Japanese Nakajima B5N torpedo bomber spotted the surfaced boat and hit the target. Depth charges finished the fatal job, and 80 U.S. sailors went to their graves.

With the Grayback failing to return to Pearl Harbor by 7 March as scheduled, and with radio signals failing to generate any response, the Navy designated the vessel as “missing, presumed lost with all hands.”

The submarine’s location long had remained a mystery, because the postwar Navy had mistranslated the Japanese after-action reports. The estimated latitudinal-longitudinal coordinates, it turns out, were off by 100 miles.

Once it had figured out the error, the Project 52 team deployed an autonomous underwater vehicle in June to scan the seafloor in a new ten-mile search grid. Subsequent remote-control camera sweeps pinpointed the wreck—her bow twisted and torn, her stern caved in, her deck gun more than 100 yards away, her nameplate clearly readable.

Once it had U.S. Navy confirmation, and after the relatives of the downed sailors were alerted and shown the footage, Project 52 announced its find on 10 November.

The items include a tablecloth signed by crew members, as well as a plaque, bedsheet, and a print of the Scorpion, all given to Fountain by the Scorpion crew on his departure from the submarine in 1968—six months before the boat’s tragic loss.

Fountain served as the Scorpion’s executive officer from 1965 to 1968 and completed two successful deployments to the North Atlantic and the Arctic, as well as a variety of local operations. In January 1968, Fountain was selected early for promotion and left the Scorpion for the Bureau of Naval Personnel, Plans and Policy Branch.

In February 1968, the Scorpion set out to sea for a Mediterranean deployment. By May, the submarine was heading home and reported her last position approximately 50 miles south of the Azores.

Six days later, she was reported overdue at her home port of Norfolk. After a massive search by U.S. Navy, Coast Guard, and Air Force assets, the Scorpion was declared “presumed lost” with all hands in June 1968. A court of inquiry convened but did not determine the cause of her loss.

Describing the tablecloth, adorned with the signatures of sailors soon to be lost, Admiral Cox said, “When I first read about it, I got choked up. . . . This is a particularly moving and important artifact.”

“A few weeks ago I had the honor of attending a memorial for USS Thresher [SSN-593] in Arlington National Cemetery,” said Admiral Ishee in his address, “and former Chief of Naval Operations John Richardson articulated how the loss of a submarine crew touches our lives. You recognize, and I quote, ‘the loss of a submarine crew brings with it unique aspects, unique challenges that make it very hard to bring closure,’ end quote. Our responsibility then is determining how to best honor those men who sacrificed their lives in May of 1968 in service to their country.” 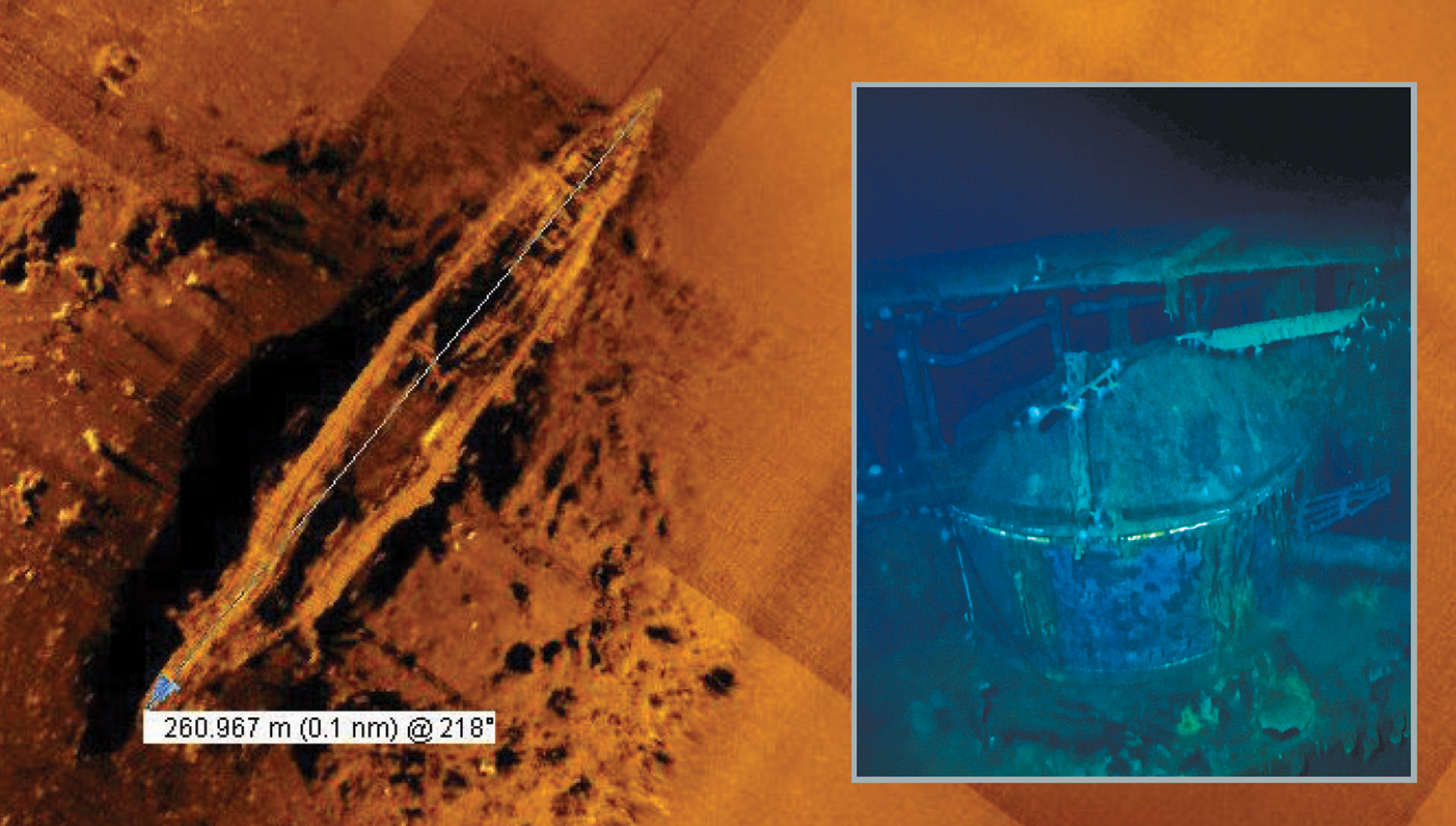