Skip to main content
The Constellation long served as a school ship. In the background, her contemporary, the Brazilian training ship Brasil is moored for a port visit.
Jonathan Hoppe

The first thing a visitor may notice after stepping on board the sloop-of-war USS Constellation is the smell. The air belowdecks is heavy with the aroma of fresh pitch and hewn fir and ipe wood, because much of her is quite new. Ongoing restoration work is bringing the Constellation back to shipshape, and new exhibits have given a breath of fresh, pitch-perfumed air back to the once-neglected vessel—the last all-sail ship designed and built for the U.S. Navy.

Docked in Baltimore’s Inner Harbor since 1968, she was to be the centerpiece of a revitalized, renewed downtown. Time, lack of funds, and neglect took their toll, requiring extensive renovations and drydocking in the late 1990s to stabilize her structure. Today, the Constellation is under the stewardship of Historic Ships in Baltimore, which also oversees the submarine Torsk (SS-423), Treasury-class Coast Guard cutter Taney (WHEC-37), lightship Chesapeake (WLV-538), and the Seven Foot Knoll Lighthouse.

While most of Historic Ships’ vessels have connections to Baltimore, the Constellation’s links to the city are tenuous. She was built in Norfolk in 1853, but for many years it was thought that she had been reconstructed from her 1797 Baltimore-built frigate namesake. That school of thought prevailed in 1914 when Assistant Secretary of the Navy Franklin D. Roosevelt ordered that the Constellation be restored “as she appeared in 1814. . . . to include only such general details would be noticed by the layman.” She remained in this much-altered configuration and was interpreted in that fashion for many years.

But newer scholarship and ongoing reconstruction are giving this veteran back her identity as the 1854 sloop-of-war she is. She served in the Civil War, and later as a training ship at the U.S. Naval Academy in Annapolis and at Newport, and the Constellation’s interpretative guides and signage do well in telling her story and the story of the Civil War–era Navy.

Visitors can see some of her history shoreside in a museum gallery featuring original artifacts and artwork, and can tour nearly every part of her. Both her upper deck and gun deck have been made wheelchair-accessible. Visitors also may listen to an accompanying audio tour.

Guests are treated to her refurbished gun deck with its newest addition, a well-researched and custom-built iron stove—a topic discussed at last year’s Historic Naval Ships Association Conference—while the berth deck features refurbished officer’s quarters and crew hammock spaces. Much of the orlop deck is still under restoration; it is difficult to climb into because of very low headroom but offers an interesting glimpse into the ship’s construction.

The Constellation is a work in progress, and some areas of the ship seemed incomplete, if not empty. It can take a stretch of the imagination to picture how sailors would have lived and worked in some parts of the ship. Interpretive signage makes up for much of this deficit, but her ongoing restoration hopefully will smooth things out. As one of few de facto ambassadors to the public for the history of the all-sail Navy, she does an admirable job.

While restorations continue—to her bilge pump, her brig and orlop deck, and many other areas in and atop her—it will be interesting to see what the future holds for this Civil War veteran. 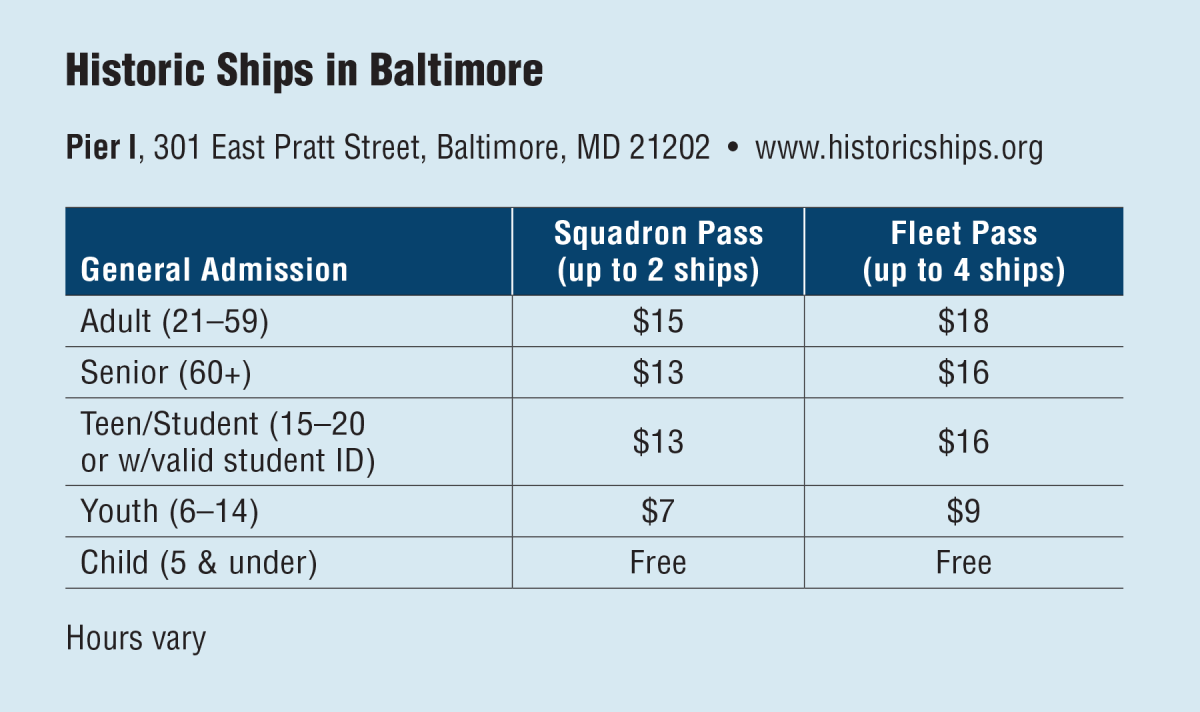 Jonathan L. Hoppe was the Digital Assets Administrator at the U.S. Naval Institute from 2015-2019. Before he started with USNI, he worked in historical research and archives. He has a background in art conservation from the University of Delaware and a Master of Library and Information Science degree from the University of Pittsburgh. You can visit his personal site at hoppejl.wordpress.com.