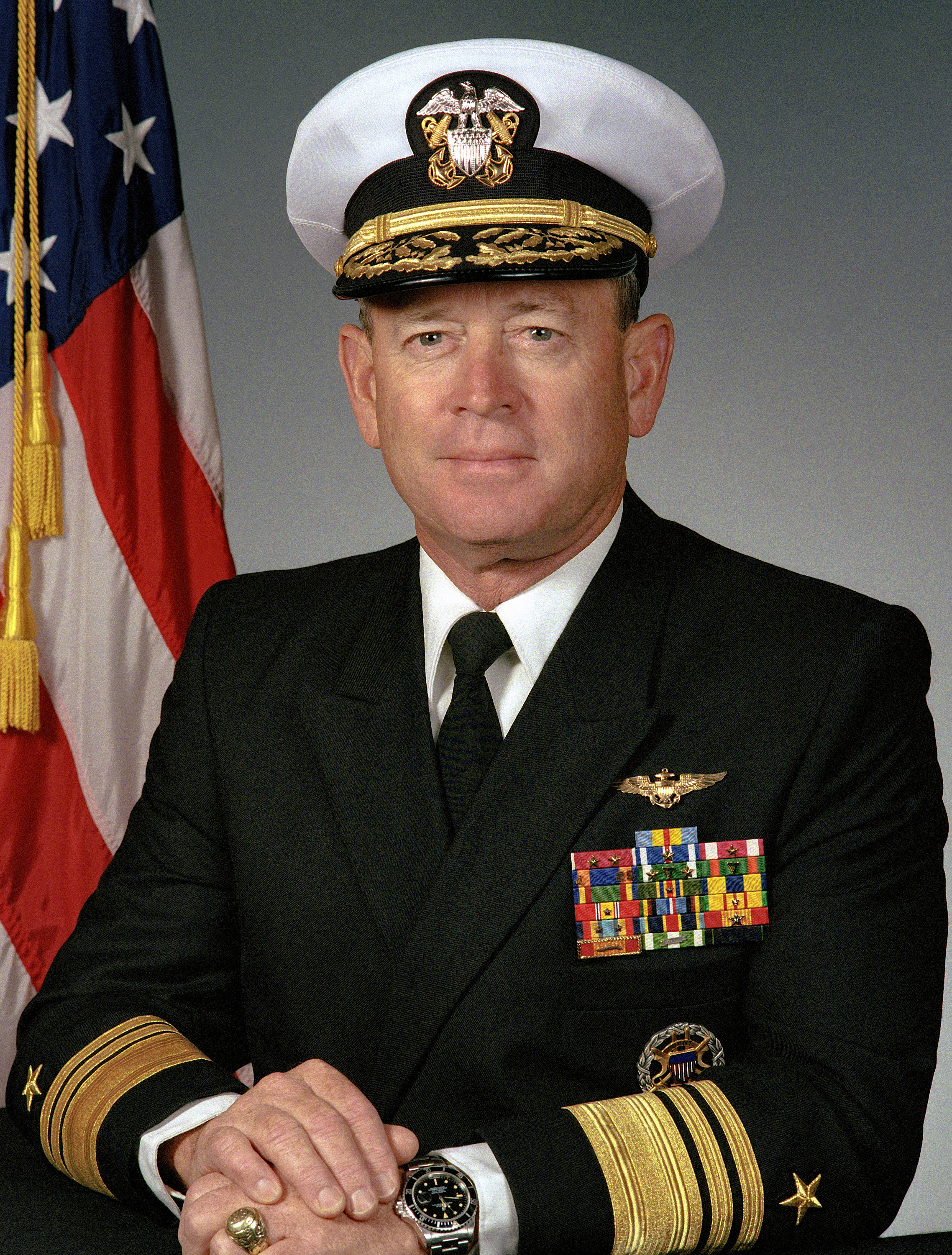 Leighton W. Smith Jr., U.S. Navy (Retired) graduated from the academy in 1962 and shortly afterward married Dorothy McDowell. His recollections of their family life are interspersed throughout the oral history.  Smith's early commissioned service was on board the landing craft repair ship USS Krishna (ARL-38), flight training, and in 1964–65 as an instructor in air intercept control at Glynco, Georgia. All told, Smith made three combat deployments to Vietnam, culminating in 1972 with his successful attack on the Thanh Hoa Bridge in North Vietnam.

Smith was a member of the Strategic Studies Group at Newport in 1985-86. As a flag officer, he was director of tactical readiness on the OpNav staff; commanded Carrier Group Six, based in Mayport, Florida; and served briefly in 1989 as acting Commander Cruiser-Destroyer Group 12.  From 1989 to 1991 he was operations officer for the U.S. European Command in Stuttgart, Germany; served from 1991 to 1994 as Deputy Chief of Naval Operations for Plans, Policy and Operations (OP-06, later N3/5); and served 1994–96 as NATO's Commander in Chief Allied Forces Southern Europe and Commander in Chief, U.S. Naval Forces Europe.

In the NATO command he ordered air strikes that led to the conclusion of the Dayton Accords to stop fighting in Bosnia-Herzegovina and in 1995–96 commanded the multinational Implementation Force that carried out the provisions of the Dayton agreement.

Howard R. Simkin has more than 40 years of combined military, law enforcement, defense contractor, and government experience. He is a retired Special Forces officer and holds a masters of administrative science from the Johns Hopkins University. His articles have appeared in Small Wars Journal and on the TRADOC Mad Scientist Blog.

Michael D. Hull, a veteran of the British Army, is a military historian and has contributed extensively to numerous magazines and the Eisenhower Center for Military Studies’ World War II Guide. He was a longtime newspaper reporter and editor on both sides of the Atlantic.

Jason Ryan is the author of Race to Hawaii: The 1927 Dole Derby and the Thrilling First Flights That Opened the Pacific (Chicago Review Press, 2018), which chronicles the pioneering attempts by Navy, Army, and civilian fliers to reach the Hawaiian Islands by air.

Lieutenant Commander Taj D. King, Medical Service Corps, U.S. Navy, is a Navy biochemist serving at the Naval Medical Research Unit in Dayton, Ohio. He holds a bachelor of science degree in biochemistry from Florida State University and a Ph.D. in cell biology from the University of Alabama at Birmingham.

Lieutenant Audrey Talbot, U.S. Navy, is assigned to Naval Service Training Command Great Lakes, Illinois. Until December 2018 she was fire control officer on board the USS Normandy (CG-60) in Norfolk, Virginia. A 2014 graduate of the U.S. Naval Academy, she previously served as communications officer on board the USS Winston S. Churchill (DDG-81).

Colonel Warren Parker, U.S. Marine Corps (Retired) retired from the Marine Corps in 2001 and is currently a partner with 3StarStrategicPlanning, LLC. He lives in Beaufort, South Carolina.