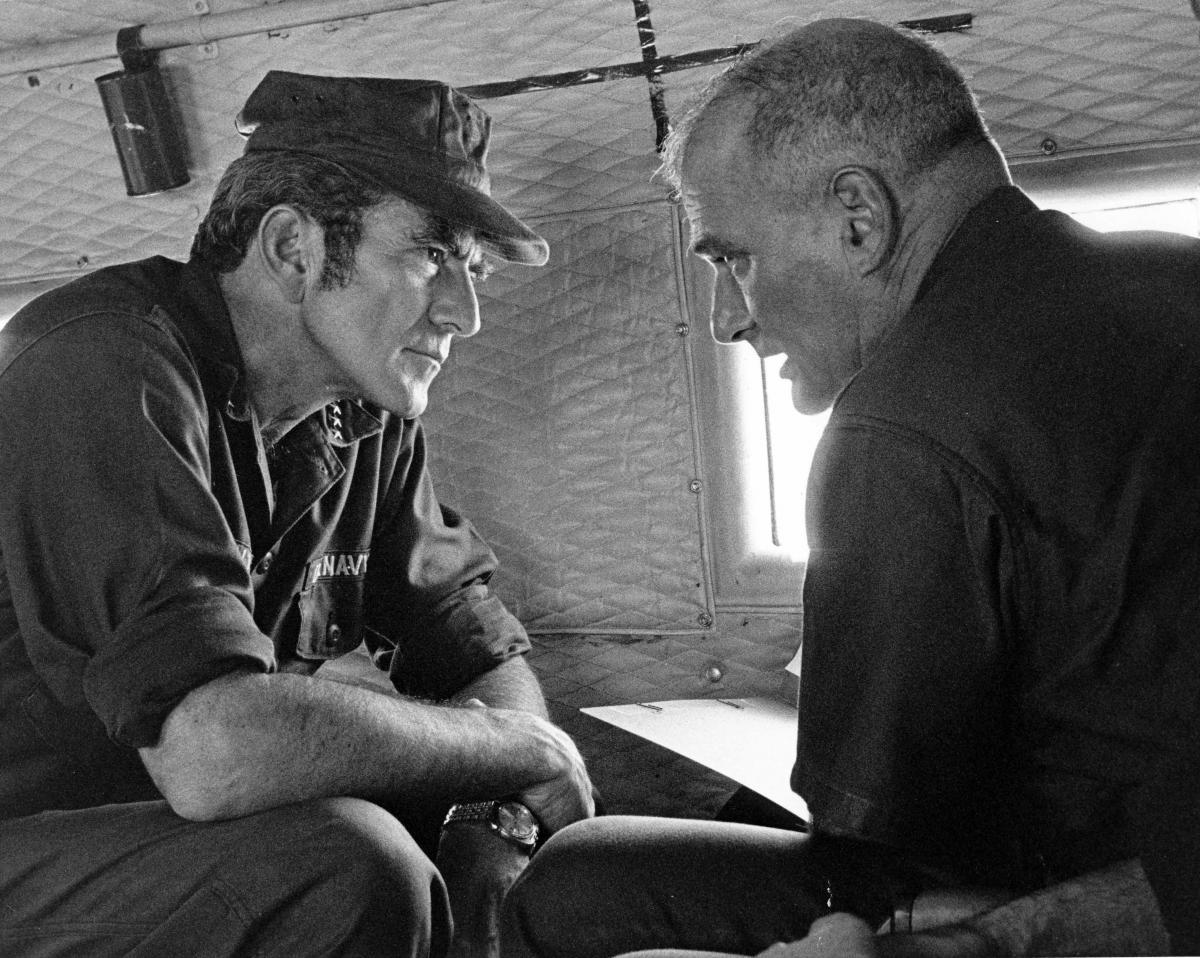 Launched in September 1982 — one month after the opening interviews conducted for the oral history of Admiral Elmo R. Zumwalt Jr., Naval Institute oral historian Paul Stillwell embarked on a project to augment Zumwalt’s memoir with those of some of the officers who had served under him. The highly influential admiral who reshaped the modern Navy and served as the youngest-ever Chief of Naval Operations, Zumwalt put his stamp on his era and was the sort of dynamic leader who inspires a range of opinions — thus the importance of capturing these multiple points of view. Conceived as an ongoing effort, the first volume contains the accounts of three of those who worked closely with Zumwalt, and whose memories provide a worthwhile addition to Zumwalt’s oral history.

Captain Kerr was an aide to Zumwalt as Commander U.S. Naval Forces Vietnam and commanding officer of the USS Hawkins (DD-873), a unit of the "Mod Squad" – a Zumwalt concept to give more junior officers greater responsibility. Two interviews in September and November 1982; transcript contains 164 pages. 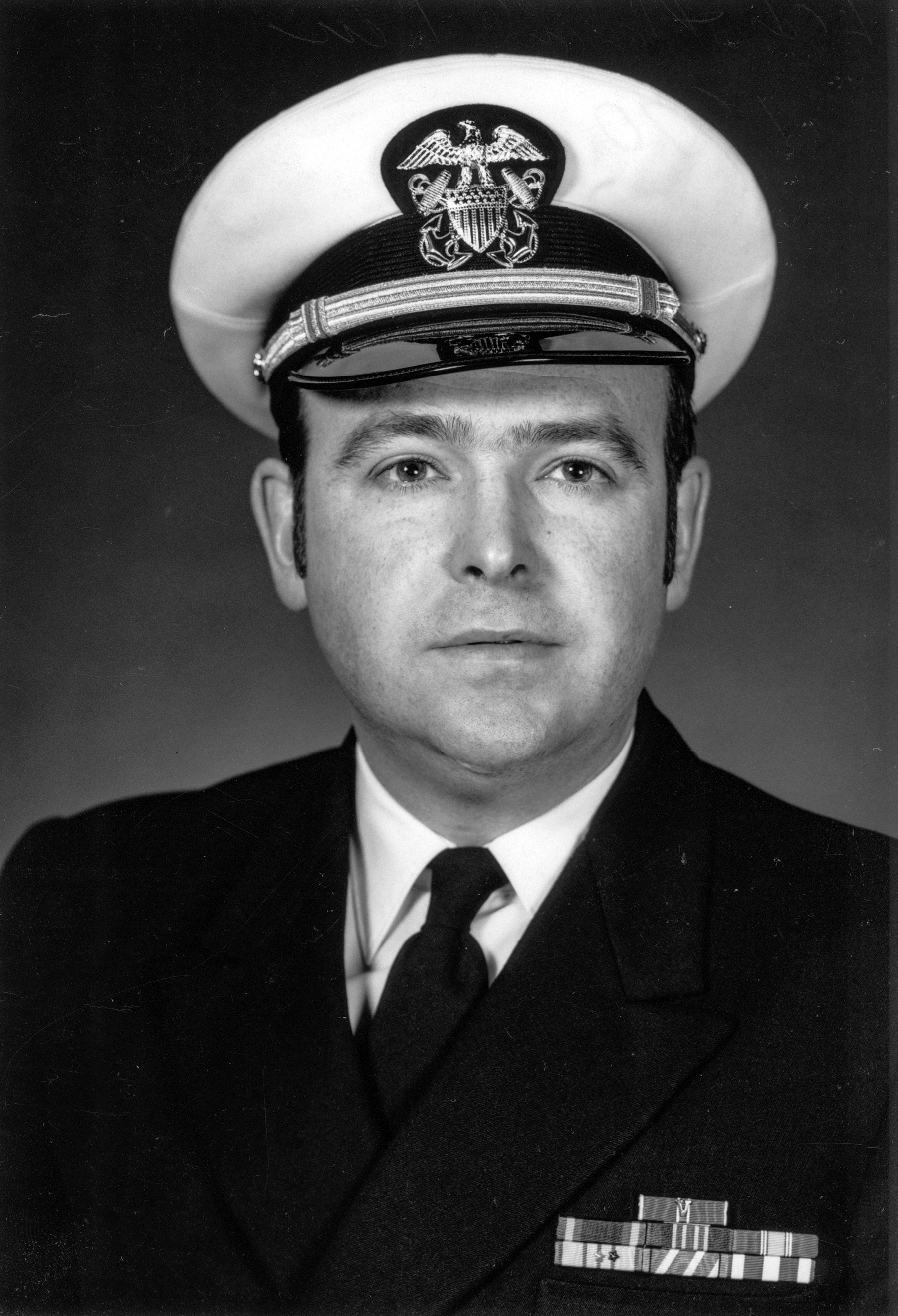 Note: Due to edits, corrections, and/or amendments to the original transcription draft, there are some inconsistencies between the recording and the text.)

Paul Stillwell: Did you get a chance to see the impact of Z-grams among your crew?

Captain Kerr: I sure did. Yes. The Z-grams were coming out almost daily there for a while.[*] It wasn't the best way to establish policy, and I think Admiral Zumwalt knew that. It's one of those things that he likes to say where he had to select the least-worst choice of doing something. He knew that if he sent the policy down to his fleet commanders and they in turn sent it on down—number one, it would never come out the way he intended it to, and it wouldn't have the impact, and would take too long. So he had to trade that off against the impact that these Z-grams had on the chain of command. He was assuming that people were going to get behind him on these things and they were going to explain it to the crew. I've often said that Zumwalt assumed a more enlightened constituency than what he had. I can remember walking aboard the ship in the morning and the XO meeting me and saying, "Captain, we've got a real problem. Z-gram 15 came in and it's already been interpreted on the mess decks before I got here this morning."[†] So you are always put in the situation where you read it and you saw what he meant, and the crew had already put the most liberal interpretation on it they could. So you were always sort of restraining them, and they saw your reinterpretation of it as somehow denying them something that Zumwalt had given them. So that was a problem that every commanding officer had to deal with. And some dealt with it effectively. Some wrestled with it less effectively, and some just said, "Screw it, if that's what the guy wants, let him have it." So they didn't support him at all in this.

Paul Stillwell: Well, you're obviously not the best guy to talk to on this, because you were not a typical skipper.

Captain Kerr: Well, I was typical in the sense that I had to deal with the same kind of crew, the same pressures, the same everything, though I understood where he was coming from on these things. I think I was able to accept these in the spirit in which—well, I knew, that he'd intended it. But I'll tell you, I had some problems with the crew, because there were many things that I said, no, that's not what Admiral Zumwalt - or I would put it in the context that this is how this will be implemented on this ship, and sure as not, some kid would stand up and say, "But that's not how Admiral Zumwalt wants it."

"Well, Charley Ravenaugh at breakfast this morning said, Captain, that this is the way it was."

So I remember calling the admiral's office one day and saying, "Look, could you do us at least a favor; don't send these things out in the middle of the night. Let the captains get their hands on them before the crew." But if the captains got their hands on them before the crew, why shouldn't the admirals have them before the crew? You know, it really was a situation where the admiral had to have the support of the commanding officers to deal with this situation. Some of us dealt with it effectively. Some less effectively. The ones that I could never admire were those who just ignored it, and basically they used it to cover up their own poor leadership and management aboard ship.

Paul Stillwell: That was a time when there was a great deal of racial tension in the Navy. Was that manifested in your ship?

Captain Kerr: Oh, we all had it. First of all, let me say that I was one of those "dumb bastards" who didn't think he had a racial problem. I use that phrase because a black once told me, "If you as a commanding officer stand up today and say that you don't have a racial problem on board your ship, you're a dumb bastard."

And I stood up and said, "I don't have a racial problem on my ship." And, sure enough, I did. And I didn't know it. I didn't recognize it. I didn't know how to recognize it. I never had been trained to recognize it. I wasn't sensitive to it. And there were no institutional procedures for blacks to bring forward particular problems, the peculiar problems to them that they had. And eventually Zumwalt, in his Z-grams, institutionalized these things, and we found that method and that vehicle. And I think that if there's one thing that Admiral Zumwalt did that I think he deserves the credit of every person in the Navy, then as well as now, and that's he led the Navy basically out of the dark ages of racial injustice. He moved us all to a higher form of interpersonal relations, to greater sensitivity, to problems that were peculiar to blacks aboard ship. He made us understand concepts like social justice and meaningful human relations. People say that blacks were in the pantry-hell, that's a little exaggerated, but the point is made that they were in the pantry. We didn't understand them and we didn't make any attempt to.

Paul Stillwell: Well, how did you come to the perception personally that you did have a racial problem on your ship?

Captain Kerr: I came back to the ship one night and there was a race riot on the fantail.

Paul Stillwell: That would enforce the idea.

Captain Kerr: Yes, yes. And, I say race riot, that's kind of an exaggerated term, but there was a fight going on on the fantail of the ship that had been precipitated by a racial incident on board the ship where a white officer had said a very unfortunate and dumb thing to a black enlisted man. That spread throughout the ship. And, as a result of that, I sat down and had a lot of sessions with blacks on board the ship, brought together white and black groups. And I basically had to teach myself things that I had never learned before.

[*] Z-grams were special messages by which Admiral Zumwalt informed the Navy of dozens of policy changes during his tenure as CNO.

Captain Glenn was an aide to Zumwalt as Commander U.S. Naval Forces Vietnam. Two interviews in May 1984; transcript contains 67 pages. 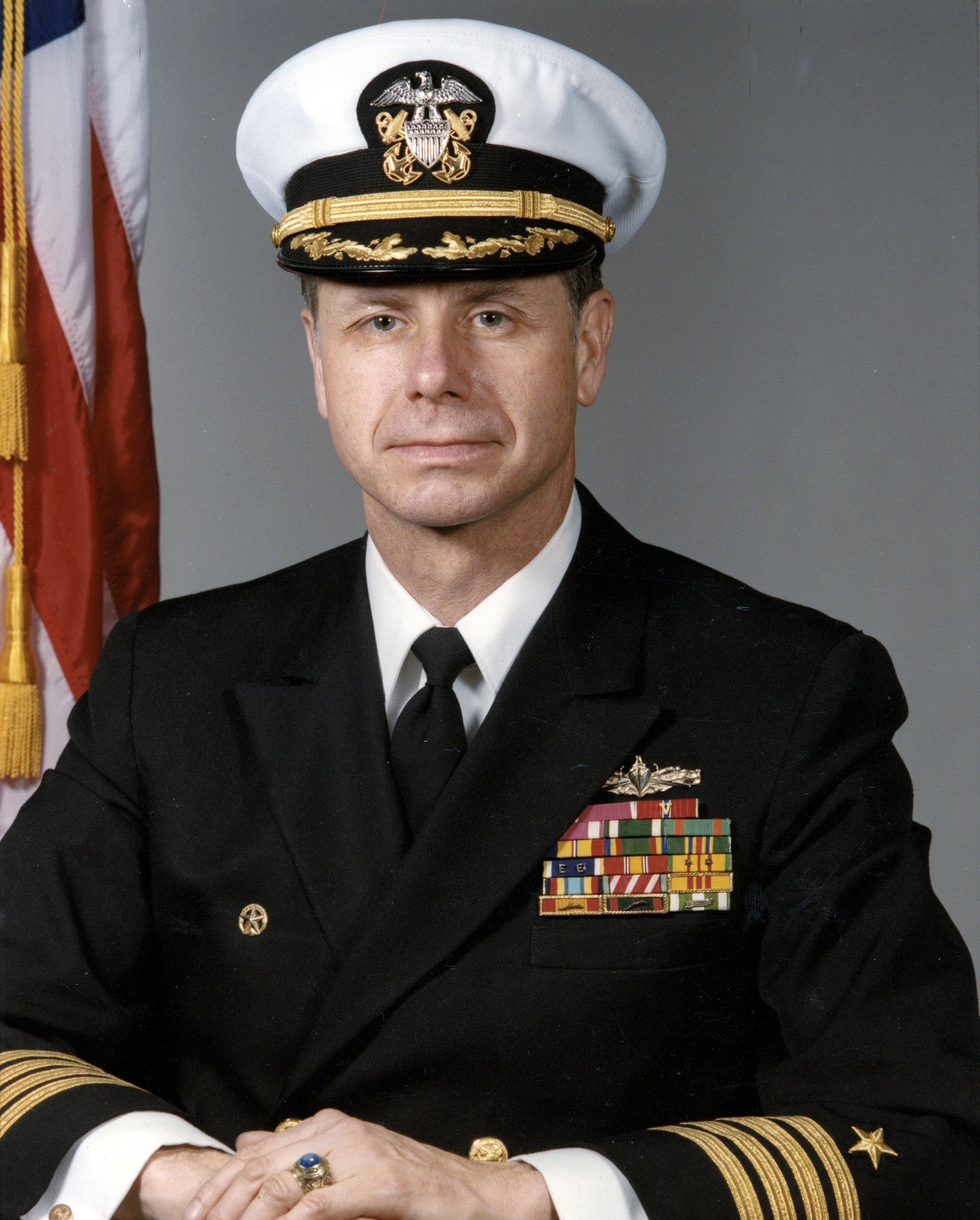 Admiral Bagley was one of the early planners on Project 60 when Zumwalt took office, later Director of Navy Program Planning and Commander in Chief U.S. Naval Forces Europe. One interview in May 1983; transcript contains 100 pages. 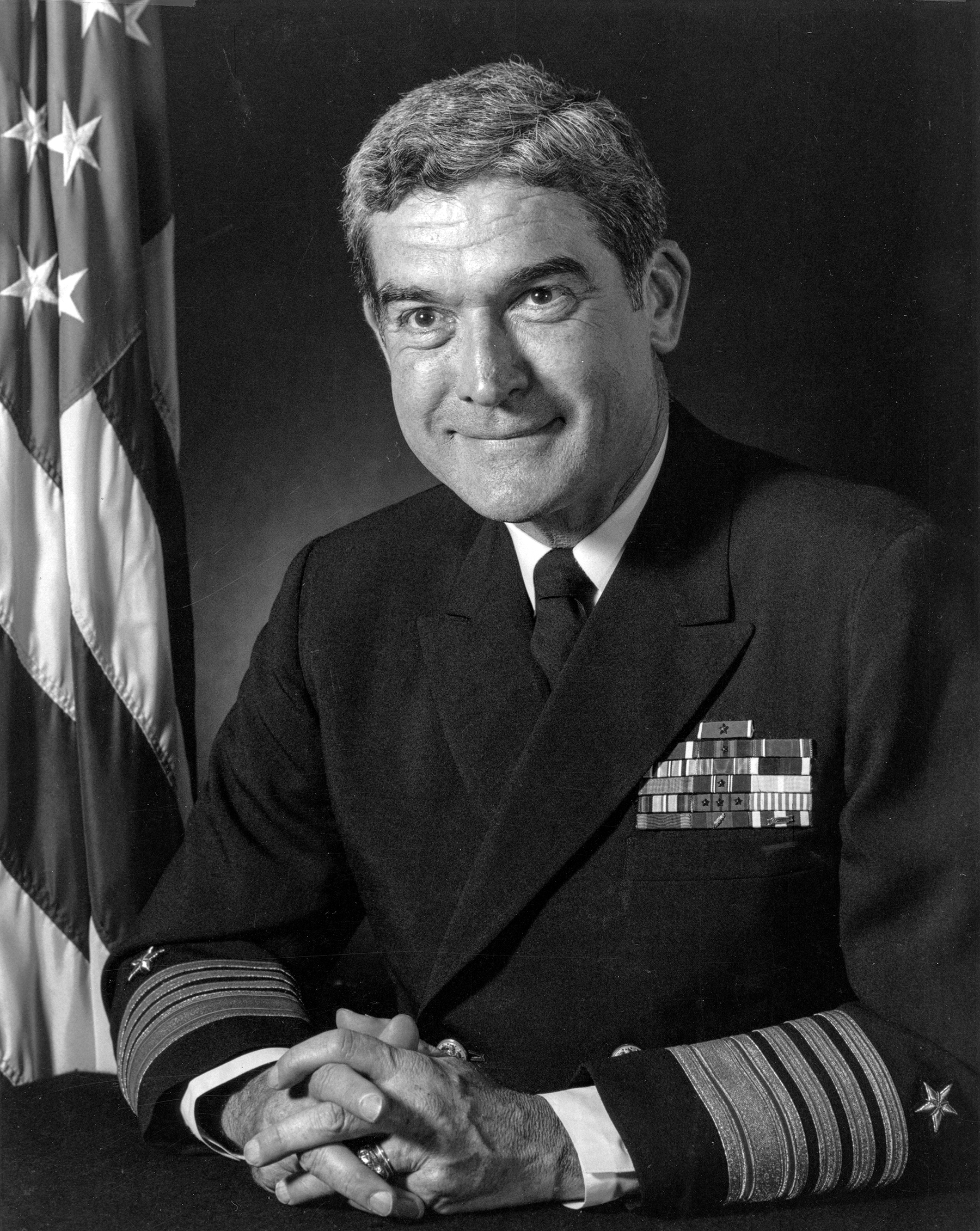 Based on five interviews conducted by Paul Stillwell from September 1982 through May 1984. The volume contains 331 pages of interview transcript plus an index. The transcript is copyright 1989 by the U.S. Naval Institute. Kerr and Glenn have have placed no restrictions on their interviews. The restrictions originally placed on the transcript by Bagley have since expired.